This post is not be a guide to ramen in Singapore, but merely a consolidated post of the ramen I’ve tried.

To be honest, I’m not a big fan of ramen. In fact, I hated ramen, which was Ajisen’s fault, for creating horrible ramen which mislead me to think that THAT was ramen. The turning point in my life was when I tried Ippudo.

I realised how the pork was supposed to be soft and would disintegrate in my mouth instantly; and how the egg should be served cold, full of flavour, with the yolk should be half cooked. I also realised how tasty ramen soup could be.

However, for noodles, I’m still not a fan and I actually like my Maggi to be overcooked and soggy. So, I shall not discuss about noodles.

I will rank them in order of preference. By no means is this the guide to the top 10 ramen in Singapore. I have not tried all the ramen to be worthy of such post; it is purely just a list of ramen I’ve tried with ratings given. To be honest, the ramen at the bottom of the list should be skipped altogether. 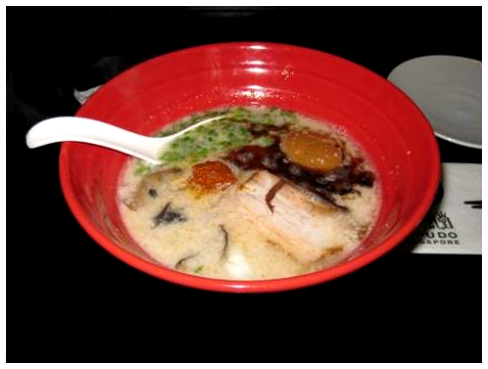 My favourite ramen of all time. It’s my holy grail of ramen. The egg was served in full and it’s perfectly stewed. The temperature was perfect too. I never loved stewed flavoured eggs so much before.

There wasn’t a generous amount of pork in there, but the pork was sinfully delicious. It disintegrated in my oral cavity almost instantaneously as if it was soluble in amylase.

I ordered the akamaru ramen (red bowl) and the difference lies in the soup. I love this soup! Whatever they put in the soup, I love it. No other descriptions. 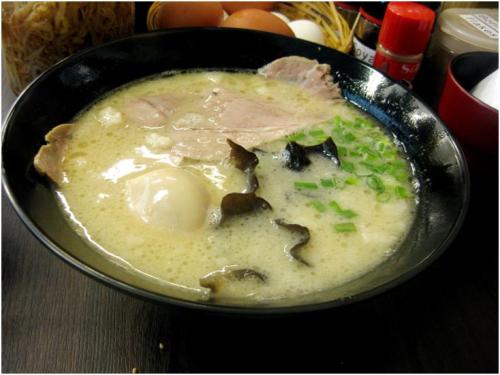 This place is great because you can customise your ramen from the noodles, to the soup to the ingredients. You can almost concoct your favoruite combination which is essential because people essentially have different preferences. The prices are relatively cheaper too, being around $15. It still plays second fiddle to Ippudo because the soup isn’t as addictive, but in return, it is less oily (as you can request) than the very oily Ippudo broth. 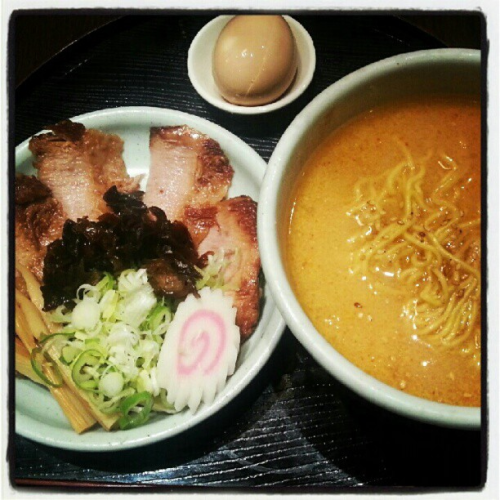 The must try here is the Pork Cheek ramen, which serves you with a plate of 5 or 6 pieces of pork cheek instead of 2 pieces of cha shu. The rating for meat here is for the pork cheeks, which is unbelievably tender. The fats are easy to discard if you want it healthier. This ranks no.3 because of the pork cheek. The noodles isn’t the type which I like. It is the slightly squiggly variation. I prefer it straight. The soup isn’t particularly memorable as well. The egg was cooked to perfection and served at the perfect chilled temperature, but it wasn’t well flavoured enough, making it sort of bland. 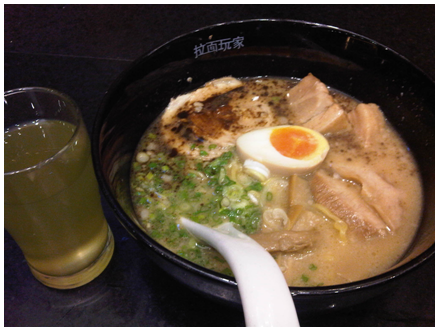 The soup was definitely tasty but there’s something about it which makes it pale in comparison to Ippudo’s. Probably because it was less flavourful. The egg was done perfect too, but a pity they halved it and I only got half. The pork however, was given in a GENEROUS serving and it melted in the mouth too and was oh so tasty. 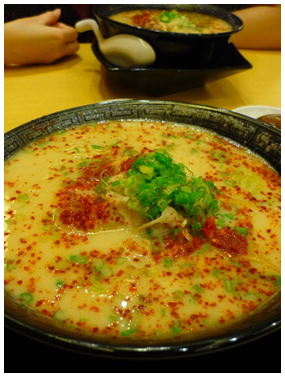 I tried their famous black pig ramen. However, I wished I ordered the cha shu ramen or the pork cheek ramen or something because the meat for this was thinly sliced, like shabu meat. The egg was delicious, cold and served whole too! however, flavour wise, it lost to Ippudo. The soup was fine but not memorable 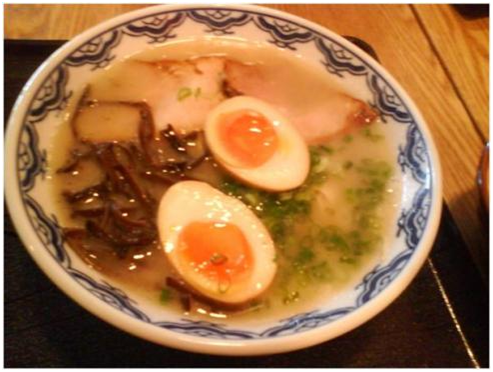 To be honest, I can’t recall how the soup tasted like, but that says something doesn’t it? It means it’s forgettable.

The egg was cooked perfectly too, but I like my egg uncut.

The meat was pale in comparison to Ippudo or Ramen Play. 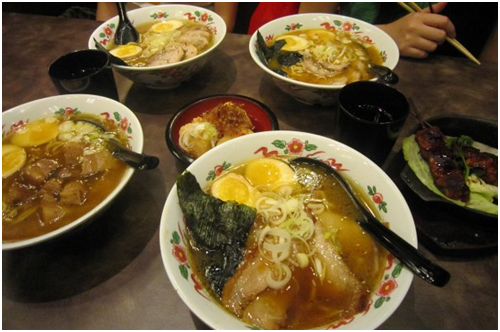 I took the miso stock for this ramen and the flavour was quite strong. However, it feels as if they use MSG. the meat was forgettable too. The egg was fine though, yolk runny and all. I remember how huge a disappointment this was in comparison to Ippudo, as I tried this restaurant a few days after trying Ippudo (and getting into a ramen craze). I am aware that this is owned by Ajisen.

Not that I can actually recall how this one tasted like, which shows how forgettable this was, I remembered how I was disappointed with the soup, thus the rating. Amongst all ramen I’ve tried, I didn’t like this one the most. The chicken soup was bland and tasted like maggi’s chicken. I didn’t like the texture of the noodles too. The egg and meat was not impressive at all, but I can’t remember to what extent. Overall, this is the restaurant I do not like the most, amongst the 7 ramen restaurants I’ve tried.

3 thoughts on “Ramen in Singapore”