While searching for a nice Chinese restaurant to try, I turned to Tripadvisor and they listed this as #48 in Bangkok and #1 for Chinese food in Bangkok. With no other resources, and the fact that the location was convenient for me, I decided to go with this one in the Sukosol Hotel. This restaurant was also recommended by Bangkok Tatler 2015 and the Louis Vuitton Bangkok City Guide. 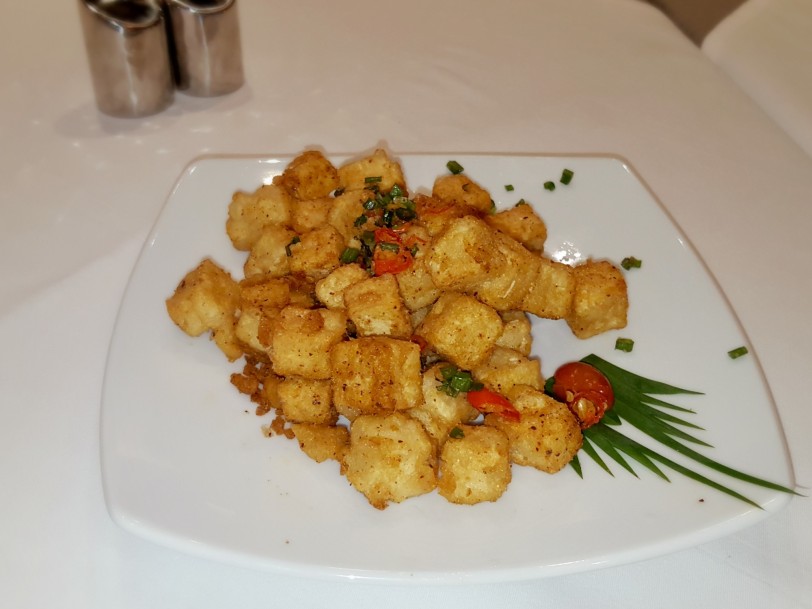 I don’t have the exact names of the dishes but this was like golden fried tofu bites tossed with salt and pepper. It was as addictive as popcorn and I couldn’t stop munching on them.

Remembering that fish maw is often seen in Thai menus, I had a hunch that the fish maw soup would be worth trying in Bangkok. There were several types of fish maw soup listed on the menu and the one I chose was called dried fish maw. It was super good, I loved it. The best fish maw soup ever! It’s so different from fish maw soups I’ve had in Singapore. The fish maw itself was different with better texture. 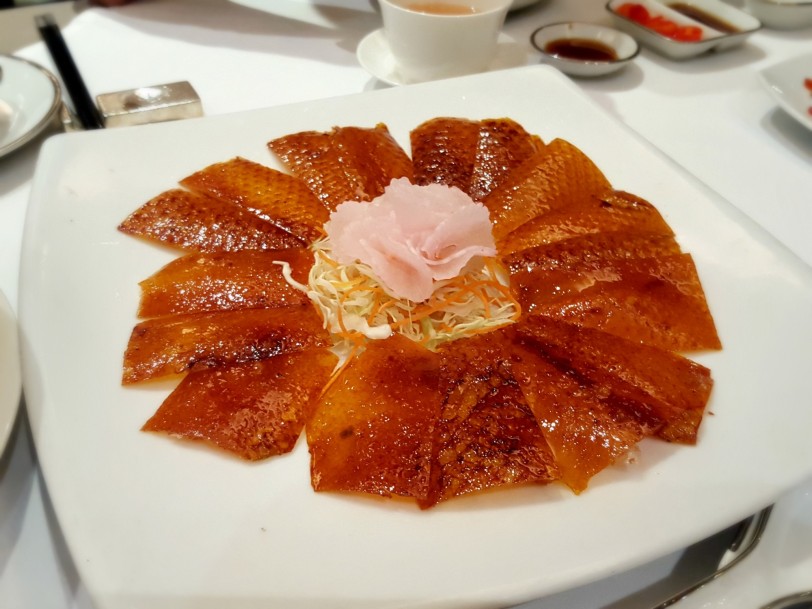 The style of peking duck in Bangkok seems more similar to Hong Kong rather than Beijing, from how they serve only the skin and not with skin attached to the meat. However, the wrap was white like Beijing style… so perhaps in Bangkok they do it their own way. This converts to S$50++ which is cheaper than what we can get in Singapore, but with higher quality.

As for the remaining duck, it was fried with garlic but was essentially a dry mass. Not worth wasting space for.

I also liked how they had a wide selection of teas for ฿160/person, all refillable and brewed individually in Chinese teacups with lids. I wanted something lighter so I chose to have the silver needle. It was good.