After trying Shang Palace, I have officially tried all 5 restaurants in Shangri La Hotel Singapore. 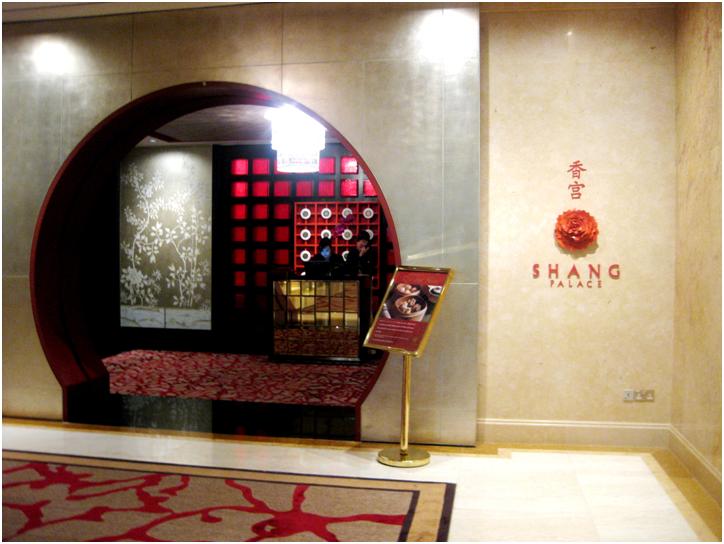 I managed to get a reservation online for lunch. 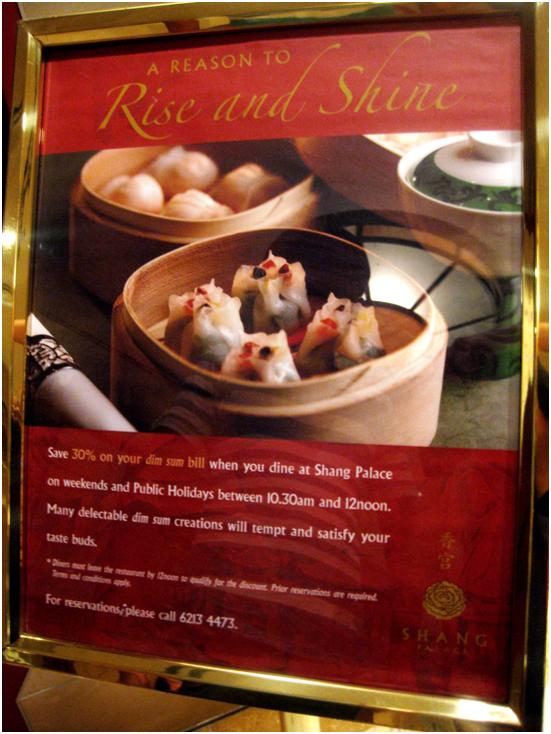 There’s another promotion which entitles you to 30% off dim sum, if you complete your meal before 12noon on weekends and on public holidays. 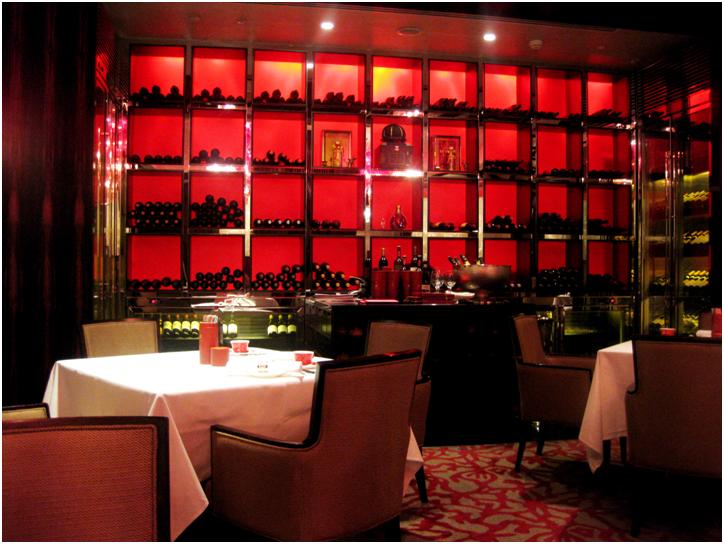 The interior was lovely. 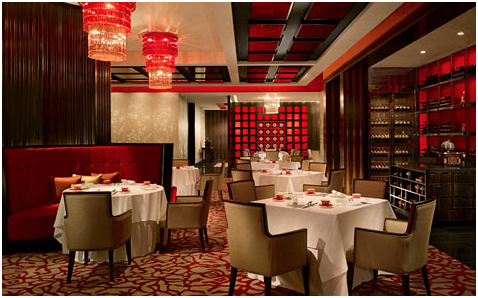 I got a sofa seat.

The menu of premium tea was presented in a container like this.

We both got the wild chrysanthemum seeds tea 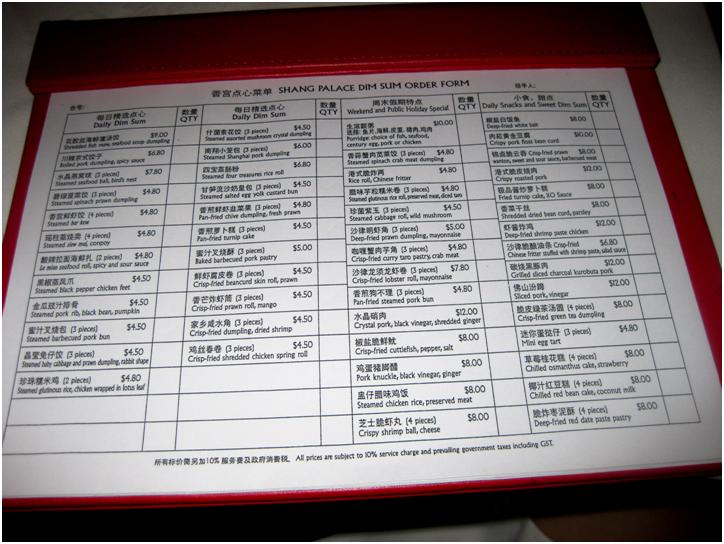 Ala carte dishes were available too on a separate menu. Generally, the prices of dim sum and dishes here were higher than that from Royal China at Raffles. 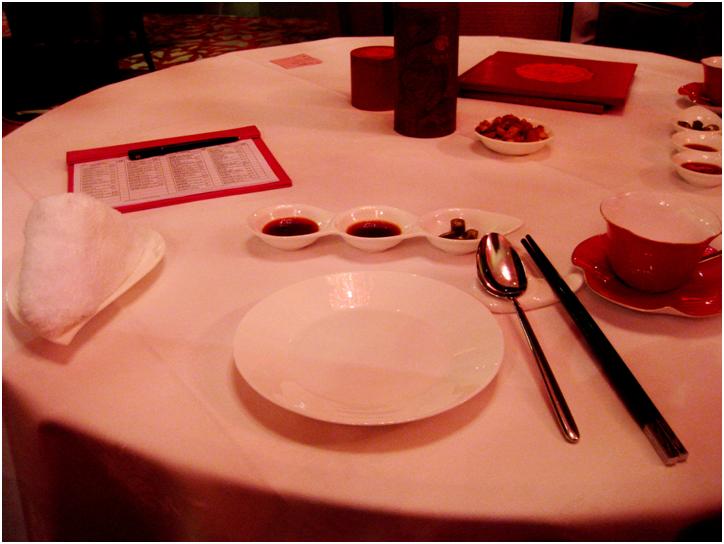 The service here was of above average standards. Most of the staff greeted us, was polite, was kind enough to advise on our options of tea, refilled our tea cups periodically and the waitress who took our order had the integrity to advise us when we had ordered too much. Such gestures were greatly appreciated. 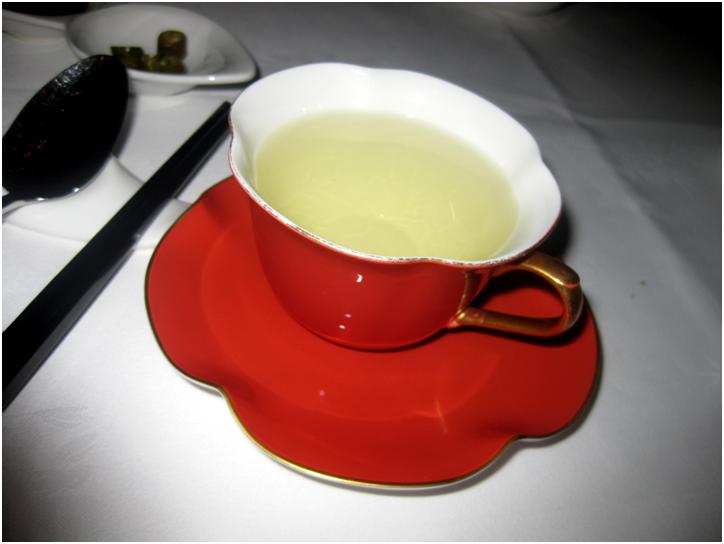 The first cup of tea was very faint.

After time, the tea got thicker and was more flavourful and enjoyable.

It was rather bitter. However, a faint taste of typical chrysanthemum flower could be detected. 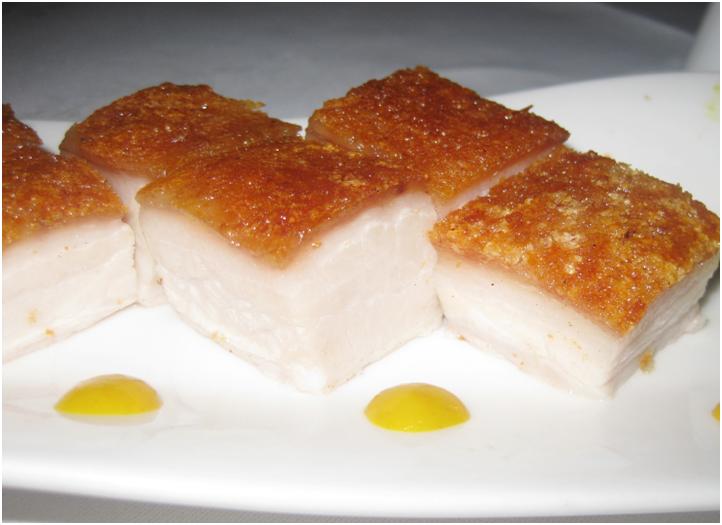 The skin was perfect. It every inch of it was crispy and cracking when munched on. The meat was kind of different from the roast pork sold at roast meat stalls. Those usually have the meat kind of salty and brownish in appearance, but this meat wasn’t salty. I’m not sure which should be the authentic version, or whether there should even be one authentic version, but this sure was good enough to get me craving for more. The wasabi/ mustard sauce complimented the pork perfectly well. 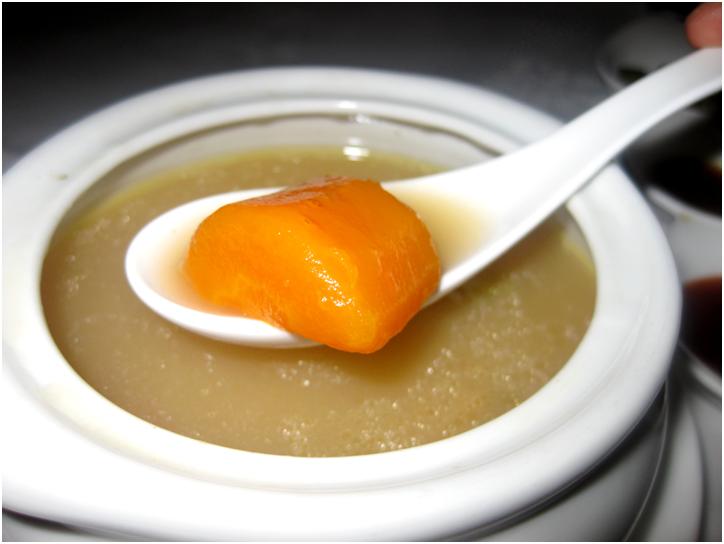 Carrot and radish soup with pork base. This soup was very flavourful and delicious. It was pork based.

The beancurd skin roll was stuffed full with prawn filling, which isn’t a bad thing, but I would refer it to be less filled so as to enjoy the crispiness of the skin more. It didn’t give me a sick oily aftertaste so it’s quite good, just that I would prefer to have more skin. 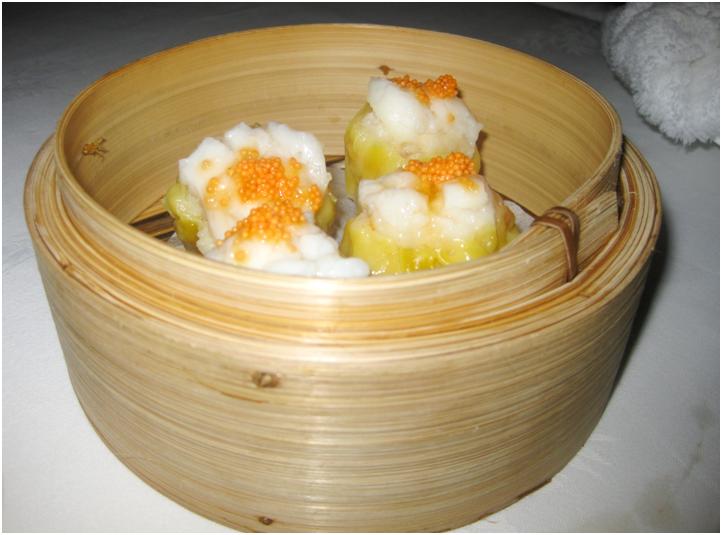 Under the persistence of my dining partner that every dim sum meal should have siew mai, har kow, chee chueng fun and egg tarts, we ordered these 4. This siew mai, although better than Royal China’s in terms of having more prawn filings, was still nothing special.

This was nothing special too. It was just average, or maybe slightly above average. The skin was good and firm too. Bad har kow would have soggy and easily breakable skin. 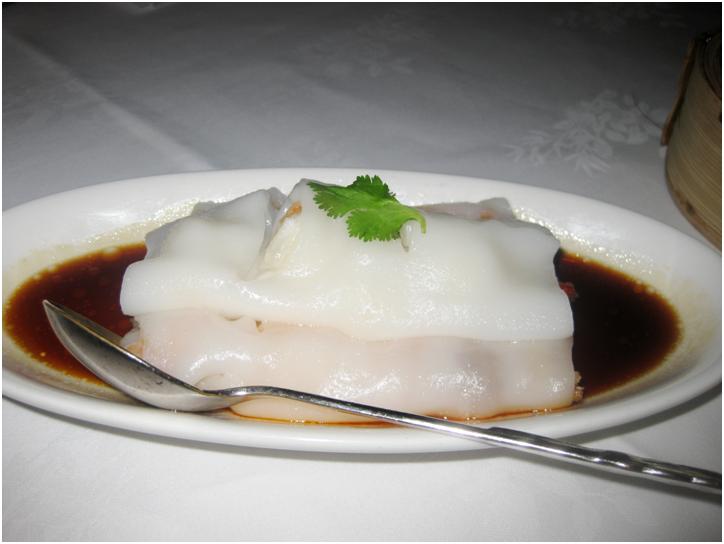 This contained char siew, prawn, scallop and probably something else. I found this chee chueng fun to be very average. The skin was kind of too thick and wasn’t as good as Royal China’s. I didn’t like the salty sauce and I found that soaking it in too much of sauce was a bad idea as it got very soggy. 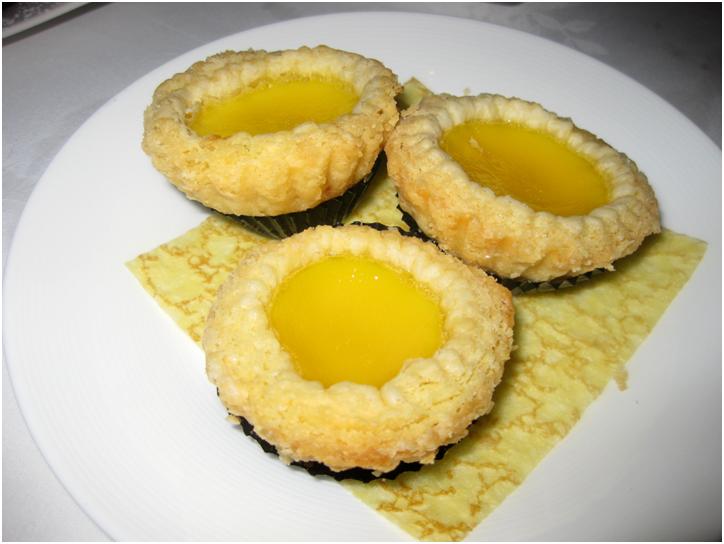 These were above average but not the best. The pastry was a bit too tough and not fluffy/ flaky enough. The custard was flavourful though. 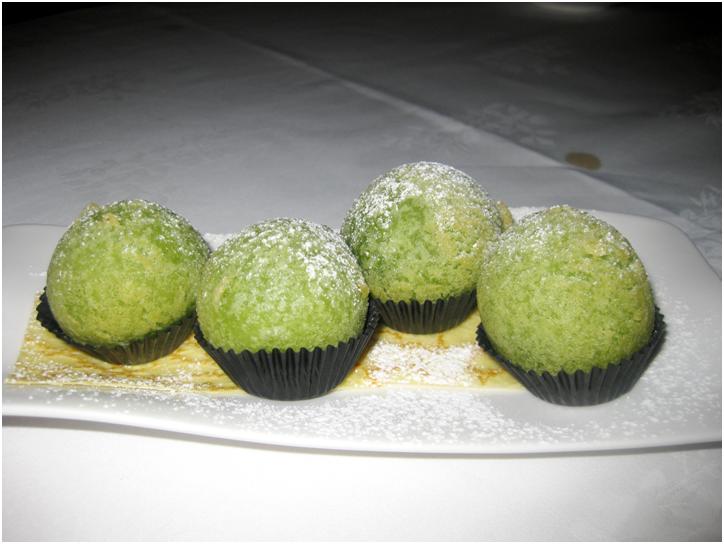 The glutinous rice ball was fried to perfection. The crispiness was perfect. However, it did have a hint of sick oily taste. The flavour of green tea was detectable too. I would like this on its own but the sesame filling just made it better. I can see why this is one of their signature dishes. I would definitely want to have this again! 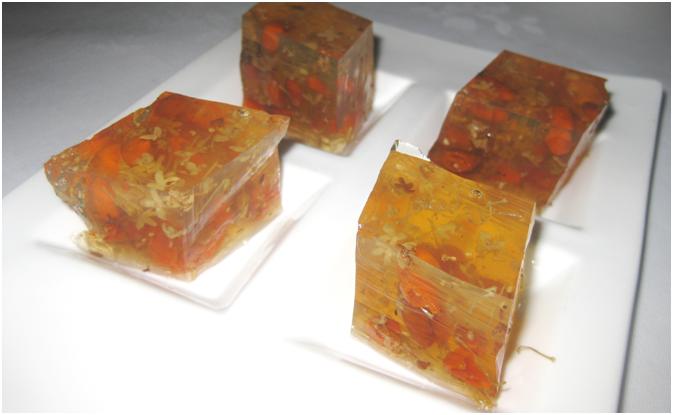 This was so pretty and it tasted just as good. I was my first time trying this dish so I can’t compare. It’s something like konnyaku jelly with osmanthus followers and wolfberry inside. Do give it a try.

Overall: as usual, there were some hit and misses. Do try out the soup, pork, green tea dumplings and maybe some other signature dishes. For the usual dim sums which could be found everywhere, it wasn’t very high above average, but still a good experience due to the beautiful ambiance and attentive service. I would definitely be interested to return and try more signature dishes.