It’s on the 6th floor and only accessible via 2 cargo lifts. There was a queue to enter the lifts, at 10am. it was around 20mins, so those allergic to the sun, do come prepared with sunblock and umbrella. those coming by public transport, note that it’s about a 1 bus stop walk from the MRT station. There’s a bus stop in front of the building though, but if you’re taking MRT, you have no choice but to cross an overhead bridge. It’s impossible to cross the road and the station only has exits on the opposite side. (I wonder why! There are so many offices on the other side)

For convenience do not bring a bag as they will have to seal it up and it would be a bitch to carry.

The warzone was not well controlled and many people were pushing to get a glimpse of the popular counters, like Guerlain or IPSA. I failed to find my foundation at IPSA and left with only a foundation sponge for $5. Not exactly a good buy, but I needed it anyway.

The prices were not dirt cheap. Chloé EDP 50ml gift set with a body lotion cost $90. It’s my current favourite fragrance but I felt the deal wasn’t good enough for me to stock up on it now, though I was tempted. I didn’t need the body lotion anyway.

As there’s no reason to go back empty handed, I bought the Marc Jacobs Daisy 100ml EDP for $65. I’ve been eyeing this fragrance since a few years back so here’s my chance. However, the one on sale was the Pop Art edition and the bottle isn’t as classy as the regular one. I guess most fragrances on sale were those past season limited editions or past season promotional gift sets, the body lotions, and maybe those close to expiry.

There was also Lola on sale but I preferred Daisy.

I was also tempted to get Salvatore Ferragamo Incanto Bloom as the bottle was too pretty. 30ml was $42, 50ml was $57 and 100ml was $78. However, it wasn’t that cheap so I gave it a pass. During a previous sale (2008) at Robinsons Expo, 50ml of Incanto Charm went for maybe $49? And it was even cheaper during the Luxasia Safra sale later on (but I already bought it at the Expo). The price wasn’t cheap enough to justify an impulse buy so I skipped it. 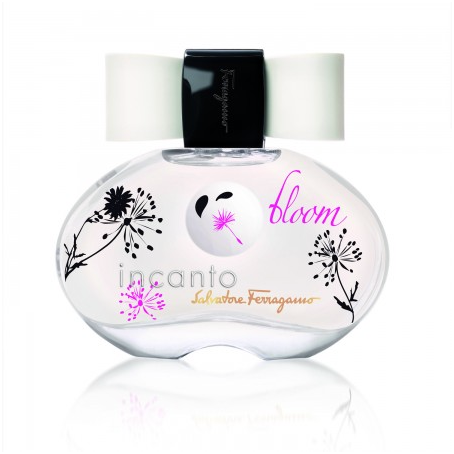 The other fragrance on my to get list was Angel by Thierry Mugler but I couldn’t spot the booth.

I’m quite a fragrance addict and have probably 30 bottles of designer fragrances to use up. Therefore, I resisted the temptation of grabbing more fragrances as it would probably be impulse buys. The way to do so is to just walk away and not attempt to push my way through the crowd to get to the booths. Most of the time there, I couldn’t even see what was on sale as almost every booth was swarmed with people.

And then the horror resumed at the cashier. The queue for it took another good 20mins when I queued for payment around 11am. The queue got longer later on.

There was a promotion with POSB/DBS mastercard/visa so if you own one, bring it along.

All in all, this sale was rather disappointing. I thought I could get foundation from IPSA or makeup base from RMK but they didn’t have it.