After my pleasant experience the previous round, I was back here again. This time, it was midweek. The restaurant was full house and it’s evident that most of the patrons probably work in the CBD.

As it was crowded, service was generally quite slow and less attentive than before. The manager Kylee wasn’t around that day and throughout my 3 hour meal I kind of felt there was a lack of service, but not to the extent of being bad.

This time, we ordered many more dishes and while some are hits to me, some misses started to surface. 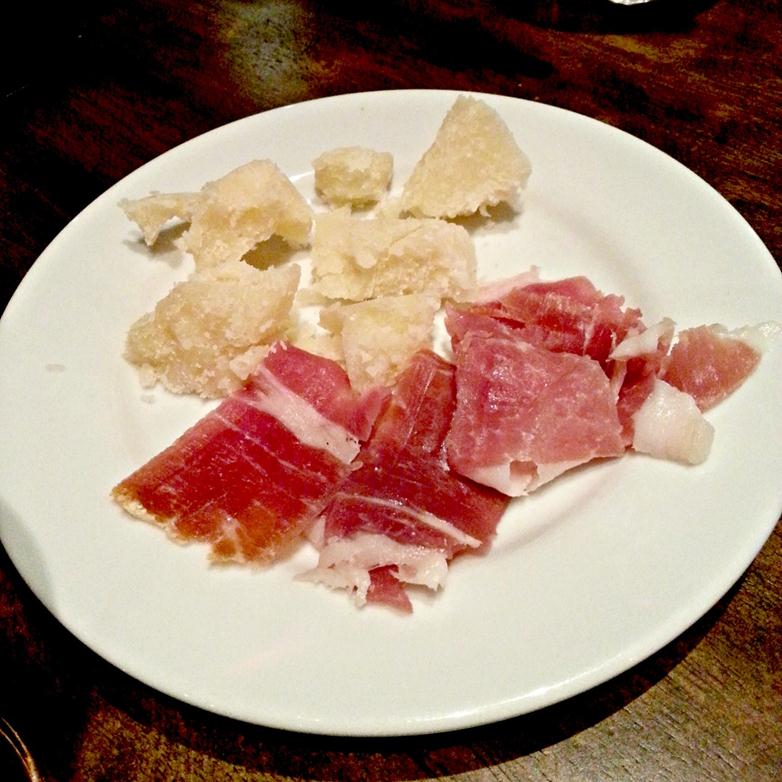 These were complimentary. I figured that it was shaved right out of this: 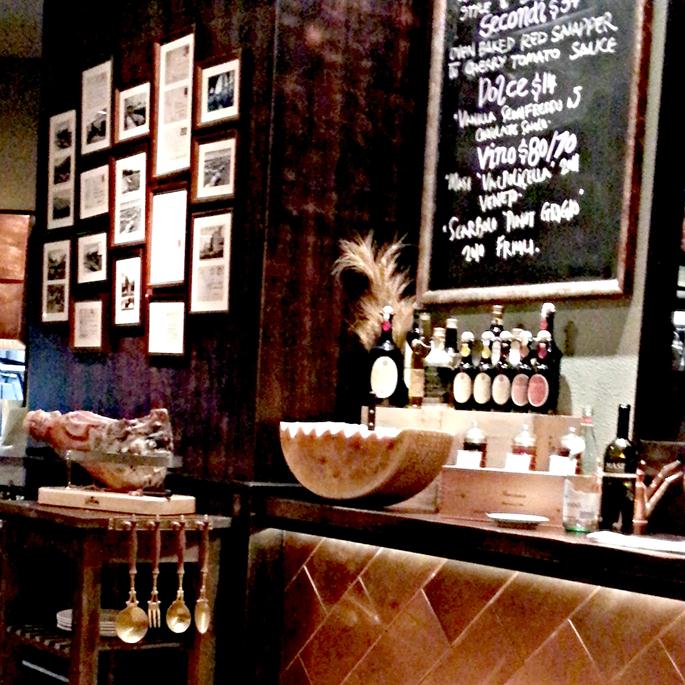 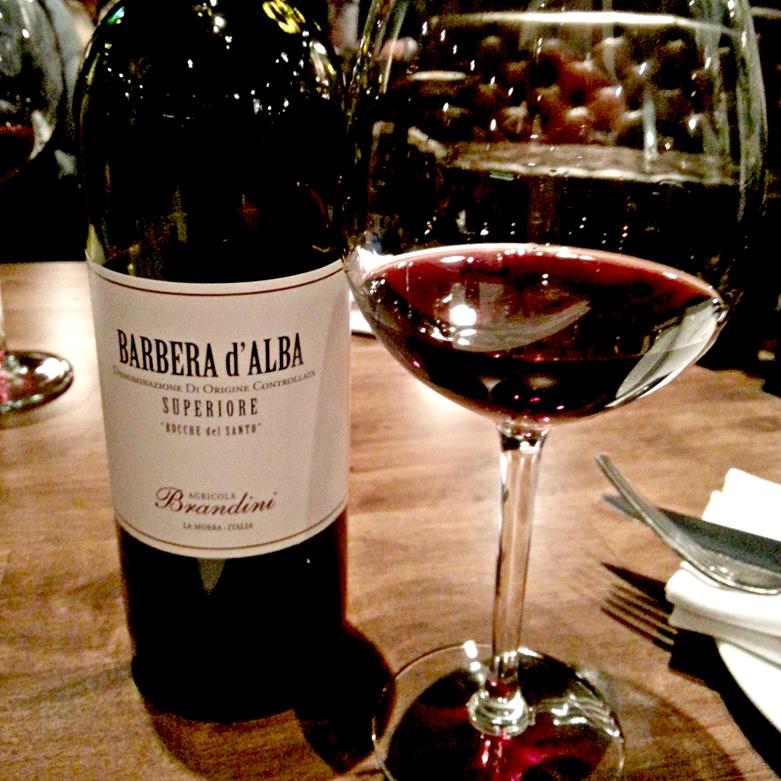 I am not quite a fan of this wine. Perhaps it’s still too young. I wouldn’t recommend it as I find it quite bland tasting. 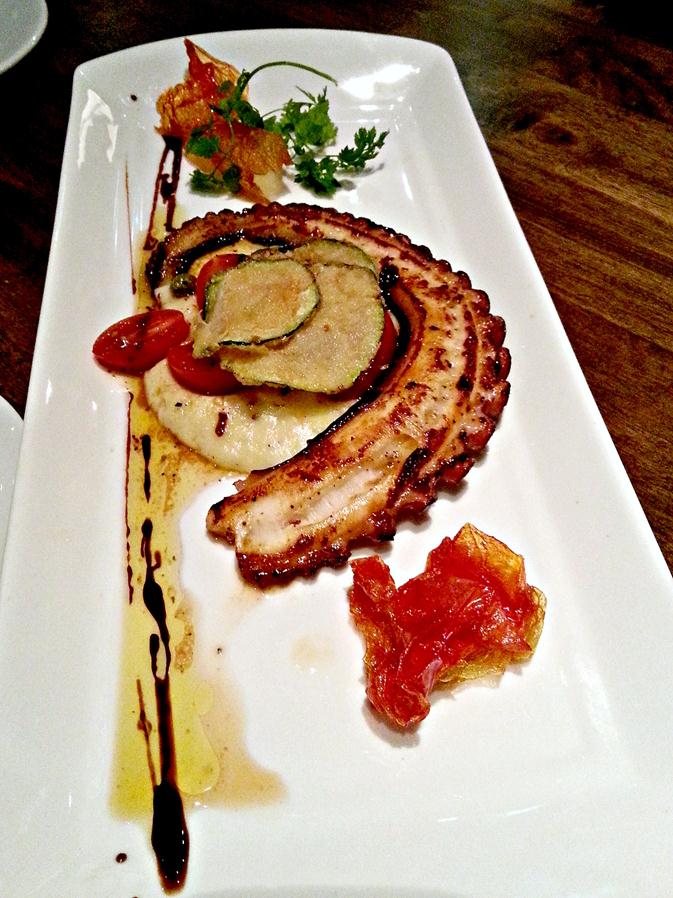 Roasted Octopus with Potatoes and Leeks Puree and Crispy Zucchini – $22.00++

I don’t really eat octopus often because they are quite non-existent in Singapore, other than those you get in takoyaki. Honestly, I liked this one. The octopus was tender! I had envisioned it to be rubbery and chewy but it was not. Perhaps I need more octopus exposure to readjust my standards of octopus, because while I found this good, the others found it ordinary. Everything else on the plate was good as well, and if you scrutinise, everything else was vegetables! My favourite was the zucchini chips! This chef loves vegetables and his take on vegetables are always good. 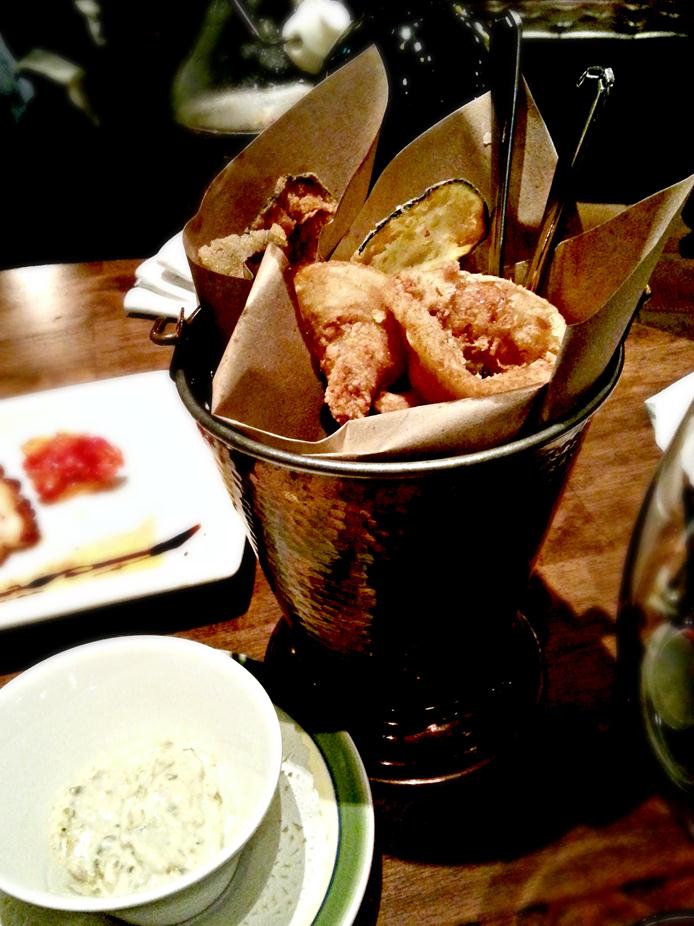 This calamari was a hit for me, because it was flavourful and crispy enough without any sick oily taste reeking in the batter. The insides were tender enough too. It is not the best calamari I would swear my life upon, but just some very decent calamari I guess? It is the sort I wouldn’t mind having again. 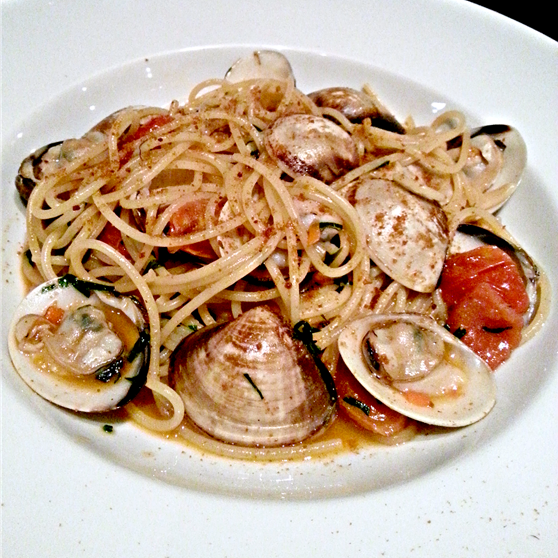 This seems to be an updated version of the vongole from the last time I was there and this was better! The mullet roe made it tastes like mentaiko pasta somewhat, and it matched well with the clams. It doesn’t clash at all. I would recommend this. 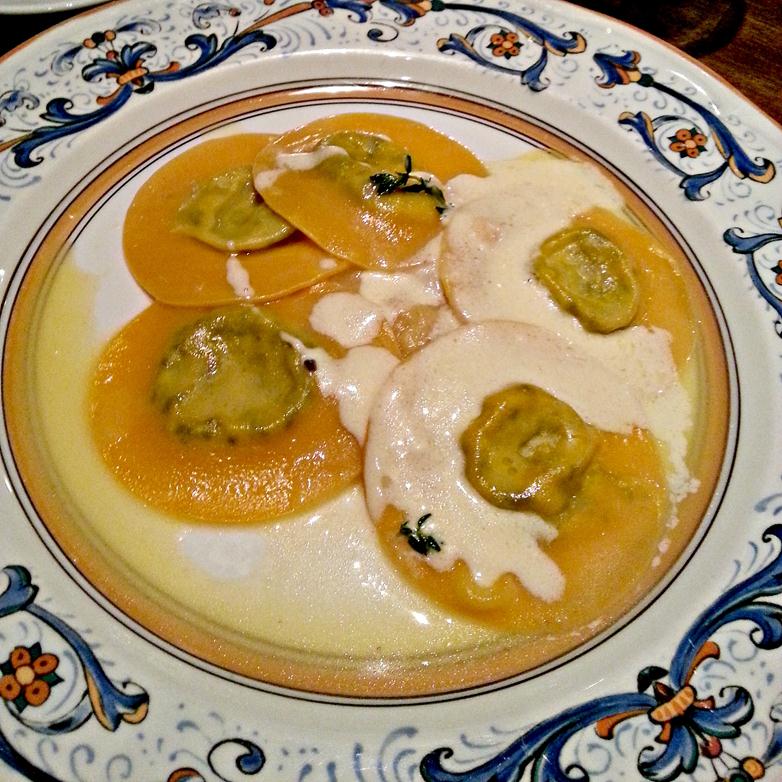 I personally love Ravioli and all sorts of stuffed pasta, so this was my choice of pasta. I think it fared pretty well, so if you like stuffed pasta you could try this, though I wouldn’t say it was extraordinary. 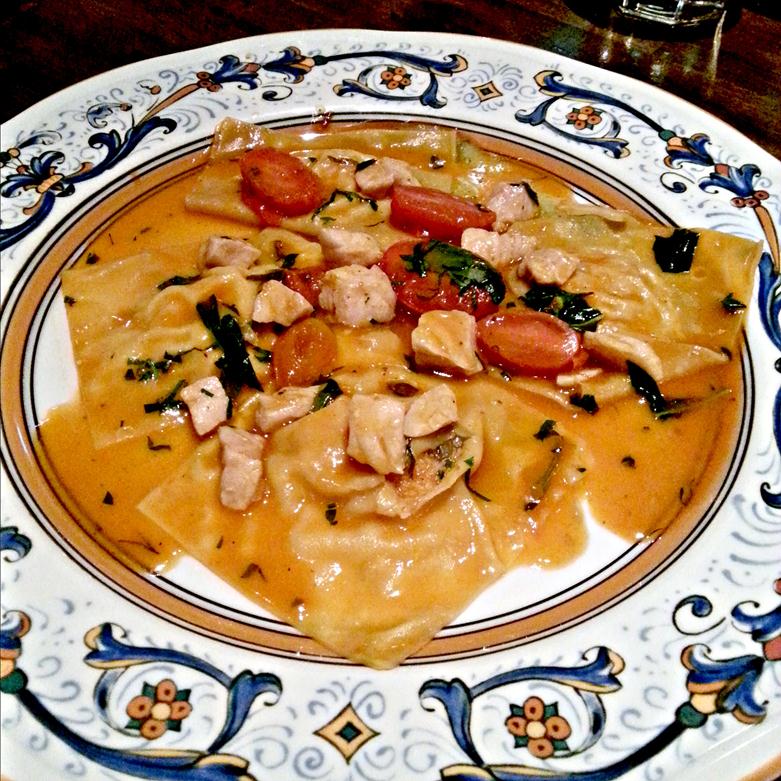 In comparison, this wasn’t that great. The cod was on the dry side instead of being oily and I find that overall it didn’t match that well. It wasn’t that bad, just that in comparison I would choose the other one. 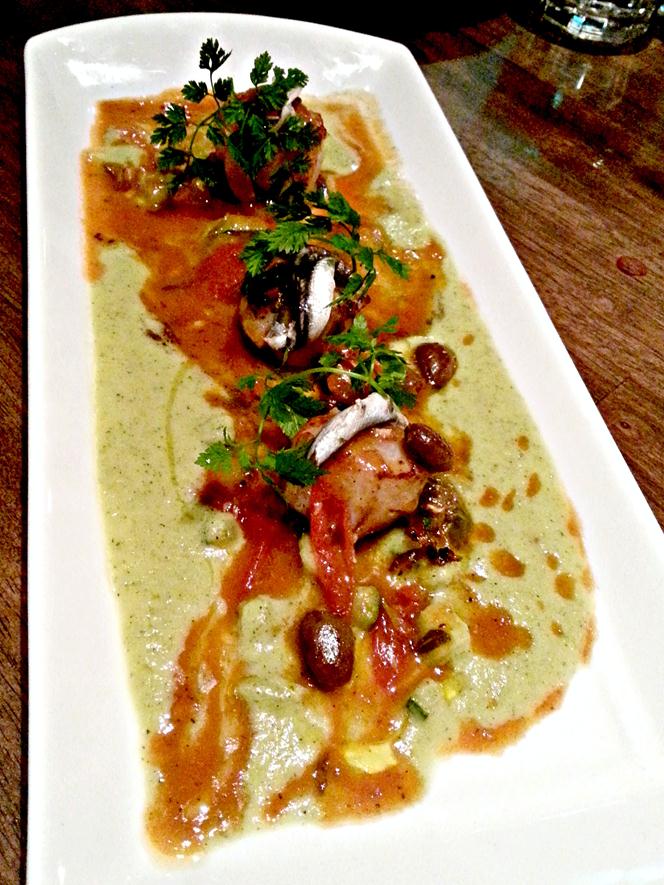 Scallops with Anchovy in Zucchini puree

This was complimentary from Chef Marco, for us to try. I found it pretty ok, something I won’t mind having, but overall it was pretty salty because anchovies are salty and I could imagine a normal person finding it overly salty (I am take salt quite well), especially since there wasn’t any bland thing like bread to even out the saltiness. What I liked was the zucchini sauce. It was better than the broccoli sauce from the previous pasta. All I can say is that I just discovered that zucchini makes really good sauce and I never expected that. 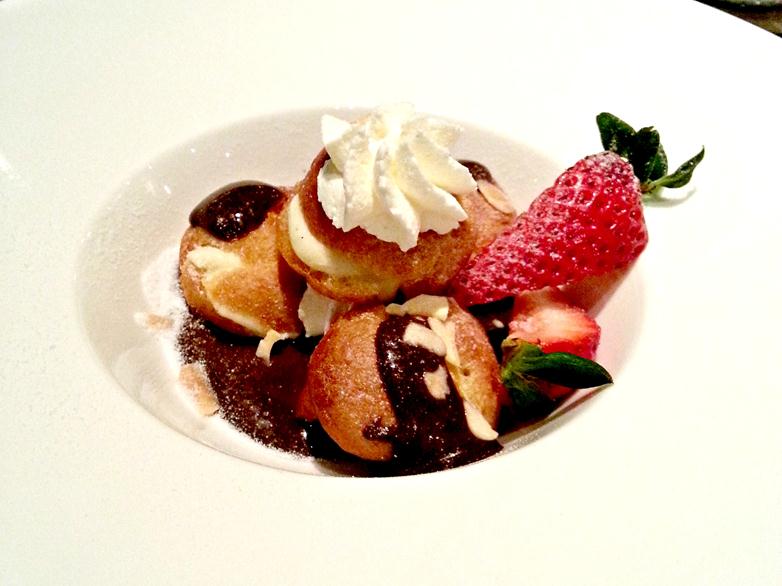 Even though it’s just choux pasty/ cream puff, I always like them. I’vebeen aiming at this dessert from the start and of course I had to order it. It was pretty normal actually, just really decent puffs here. I like that the chocolate was bitter since the rest was sweet. 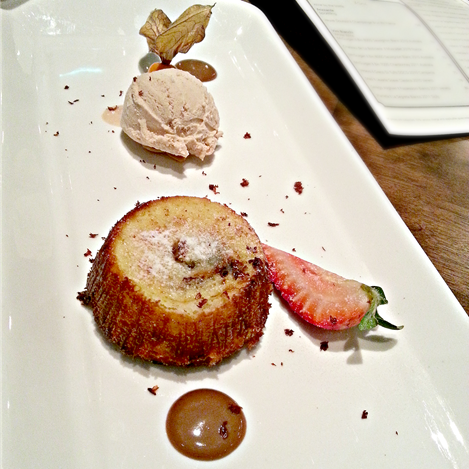 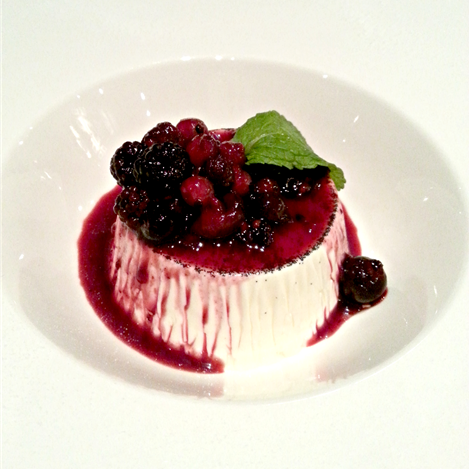 And I save the best for the last. We didn’t order this and the chef threw this in for us I think and I’m so glad he did because we would have missed out on the best pannacotta ever otherwise. This was not like a block of gelatine with milk, like how most other panna cottas I’ve had turned out to be. It has a very creamy texture to it and was almost like silken tofu. I would recommend this dessert!

I have booked this restaurant for restaurant week and I can’t wait to be back again!