I love starting my Japanese meals with this! If you haven’t tried it before, you’re missing out on how good and sweet tomatoes can get. The flavour of Japanese tomatoes is so different from the regular kind you get from supermarkets in Singapore. 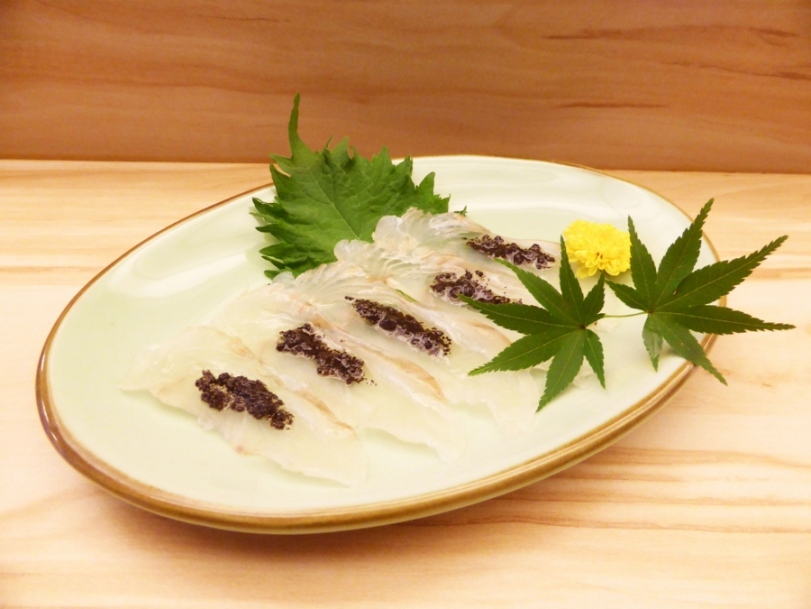 Thinly sliced and served like carpaccio. The truffle flavour was an interesting addition, though not entirely necessary – the fish was good on it’s own but everyone loves the smell of truffle.

This is Chef’s own creation – a low carb alternative to sushi maki! Filled with avocado, tomato, crab stick and lettuce. 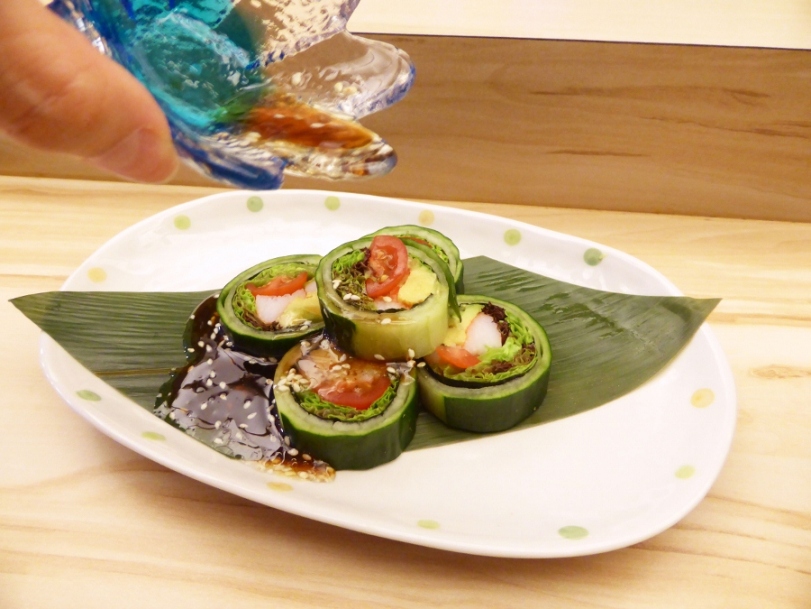 Better with the sauce, but even without it was fresh and appetising. I might try to do something like this at home but first I need to figure out the knife skills to slice the cucumber this way.

Another appetizer here, and I loved it. The flavour of yuzu was subtle but goes so well with the sourish mozuku su. You can pick up the seaweed but I eventually just drank everything down.

Can’t go wrong with fresh sashimi. The slices were thick and generous. That otoro is just sublime and melts in my mouth. I also liked how it was beautifully presented to look like a mini garden. Everything except the maples leaves are edible, by the way.

Flower petals to subtly flavour up the shoyu

Chef suggested that the flowers be put in the shoyu for some flavour.

I loved this one. Anything aburi is always good, even better if it’s on a huge prawn. 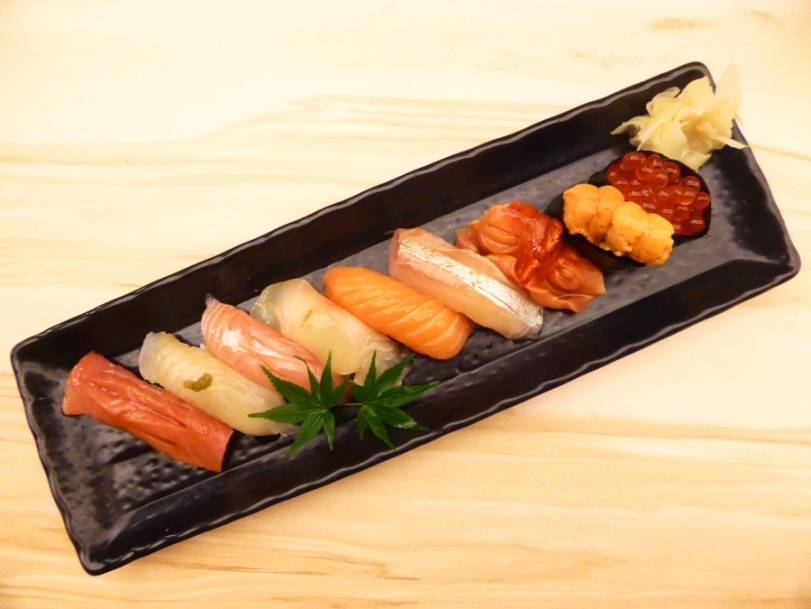 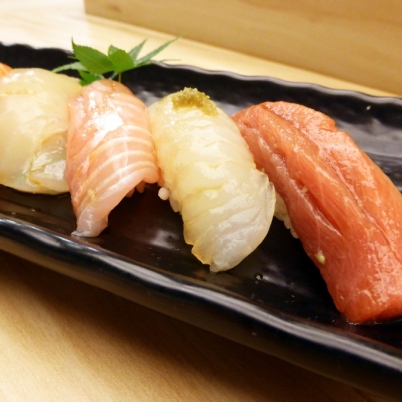 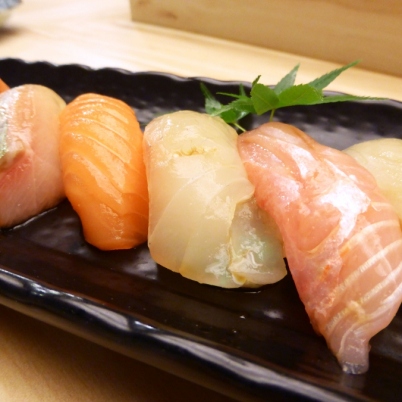 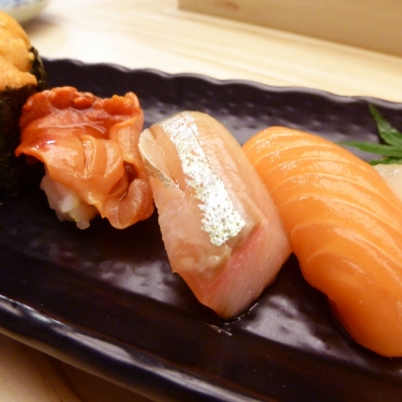 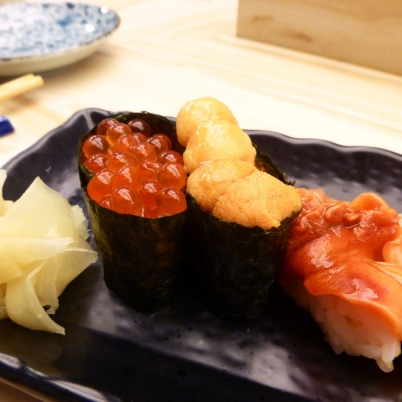 The sushi was well pressed but the rice grains were just a bit too al dente for my liking. Still, it was a joy eating every single one of these! 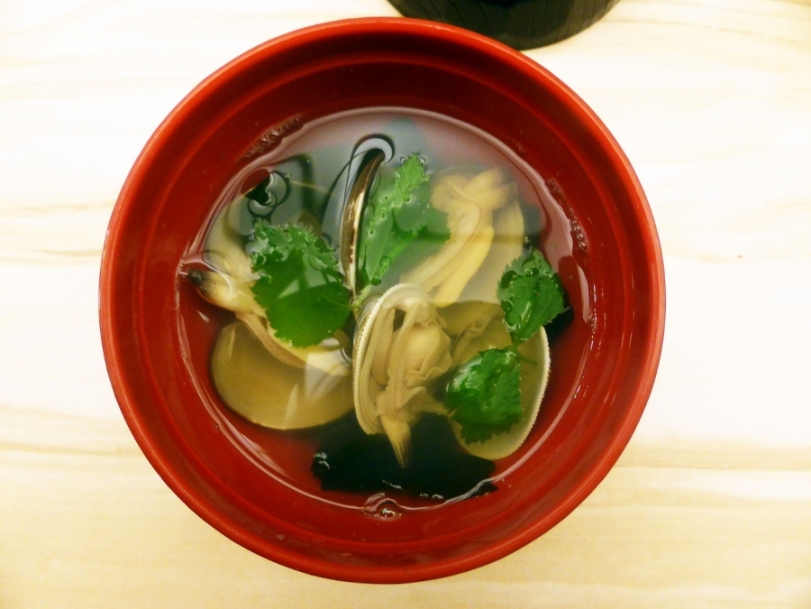 Overall I enjoyed everything I had. I liked how it was authentic, fresh and beautifully presented.

Japanese food is evidently one of my favourites, and Japan is a place I’d go to over and over again because the food is just too good. Japanese food is more popular than ever before in Singapore now, and with so many options, you probably are spoilt for choice.

Matsuya is quite a hidden gem along Seah Street which serves authentic Japanese fare with their Omakase (let the chef decide) option being a popular one among diners, starting from $90++ for dinner. It’s quite a good price I must say, considering how other restaurants can be $250 and up. They also have donburi and ala carte options if you want a smaller meal, but I suggest trying the omakase so you can get a more interactive meal and taste the best of what chef has to offer! Even though the restaurant is relatively young with only a year of history, the chef is definitely not a new kid on the block. Chef Benson Teo is a very experienced chef who has at several now defunct high end Japanese restaurants from the 90s era.

Remember this: it’s not about where you your sushi, it is about who makes it.