If you happen to be around the North West area and is looking for restaurants to dine at, but do not wish to visit chain restaurants like those found at Bukit Panjang Plaza or Lot 1, The Rail Mall would be your best option, just a 5 minutes drive away from Bukit Panjang. 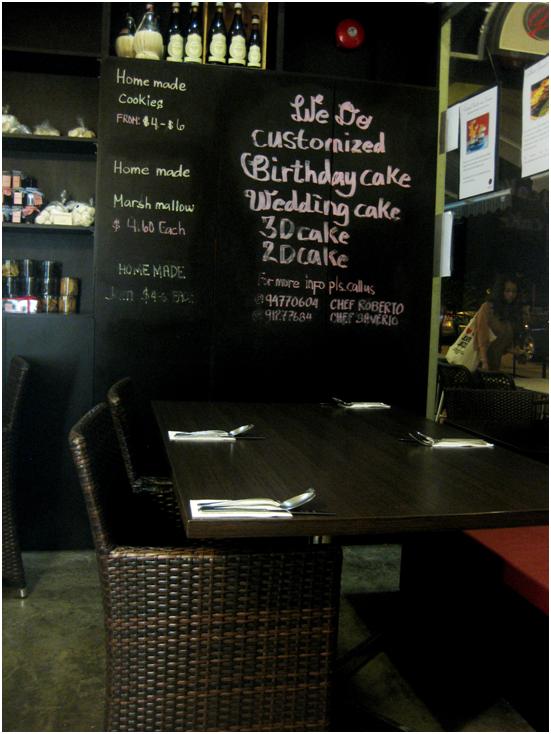 I chose to dine at Galbiati, an Italian restaurant. The setting was causual and the restaurant was pretty small.

The bread was alright but the only thing which wasn’t that good was that it was not warm.

Fresh and juicy tomatoes with thick chunks of mozerella. It’s hard not to love it. The vinaigrette dressing was light and refreshing. The only thing which was not that good was that the portion of greens were way too little! There was a small amount of mesclun salad below the mozerella.

This lobster bisque was very tasty and flavourful. The taste is one of the better ones I’ve tried. However the viscosity of the soup was not as thick as the usual, but that didn’t really bother me. I highly recommend this soup. 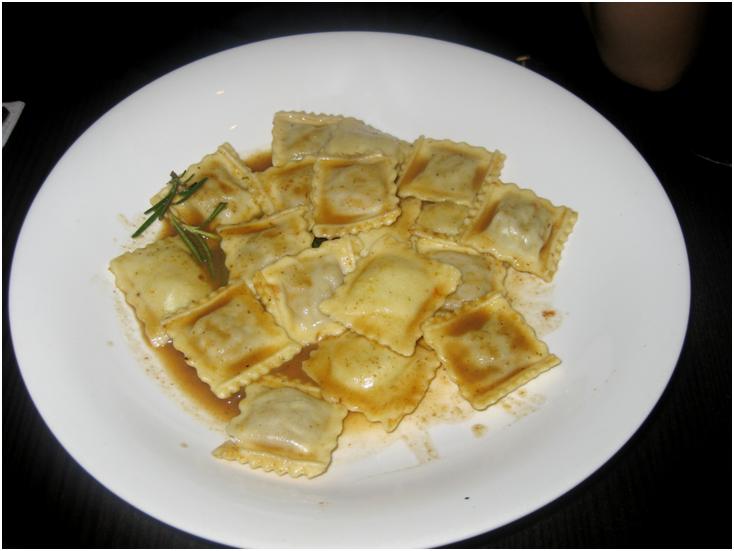 The ravlioli was stuffed with minced meat. It was cooked with rosemary sauce. I tried one piece and it was somewhat like the version I had at Prego. Not a bad choice. The portion was pretty big as well, which makes it quite value for money, considering how most good Italian restaurants do not provide such portions at this price. 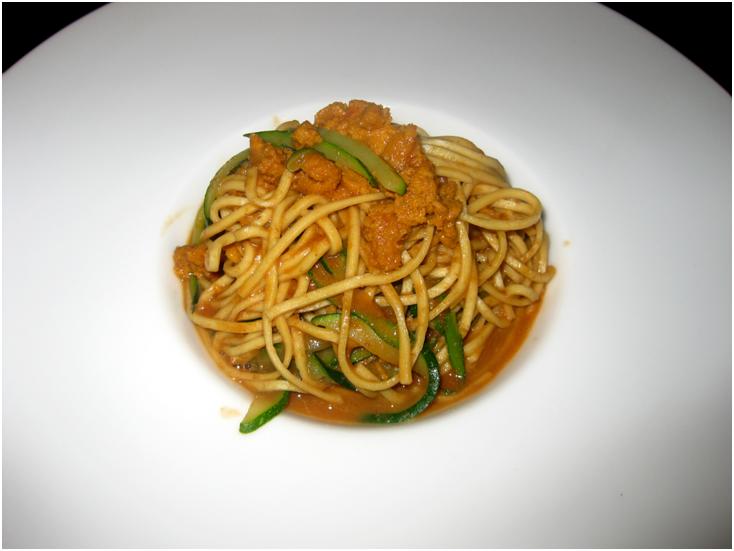 This was not mine but I tried a bit. The noodles was springy and it kind of reminded me of chinese noodles. The amount of sea urchin given was quite substantial too. The lobster sauce didn’t disappoint, retaining the standards they had for their lobster bisque. This was one of the daily specials offered.

This was my main course. As you can tell from the picture, the amount of crabmeat given was really generous! The pasta itself was al dente. There wasn’t any funky taste despite having squid ink in it. The tomato cream sauce was just as tasty as the version I had from Pasta Brava. This pasta is a must try if you like crab meat and pink sauce!

As this restaurant is a deli, they serve a wide array of breads and cakes. They have macarons, truffles and other confectionery too. This cake was their signature cake and they offer it in bigger sizes too. Indeed it didn’t disappoint and was very satisfying. You have to like chocolate, to begin with. There was some crunchy portion among the rich creamy layers which made the texture very pleasing to my palate.

Overall: One of the better restaurants I’ve tried in the North West region! Fan of Italian food, this restaurant wouldn’t disappoint.

One thought on “Galbiati – Dinner”