For the 24th of December, they serve both their ala carte menu and a special 4 course set menu at $85.00++. As the set menu looks interesting, both my dining partner and I went for it.

A glass of Prosecco each was served complimentary.

I love both scallop and turffles so I had to love this. The flavour of earthy truffle complimented the oceanic flavour from the scallops pretty well.

There’s a similar item on the ala carte menu which goes at $62.00++. I believe this portion was a scaled down version. The lobster was fresh and succulent. However, I wished I had more sauce in my pasta was it was a bit too dry for my liking. I like my pastas to be full of sauce (if the sauce is good, and in this case, it was.) 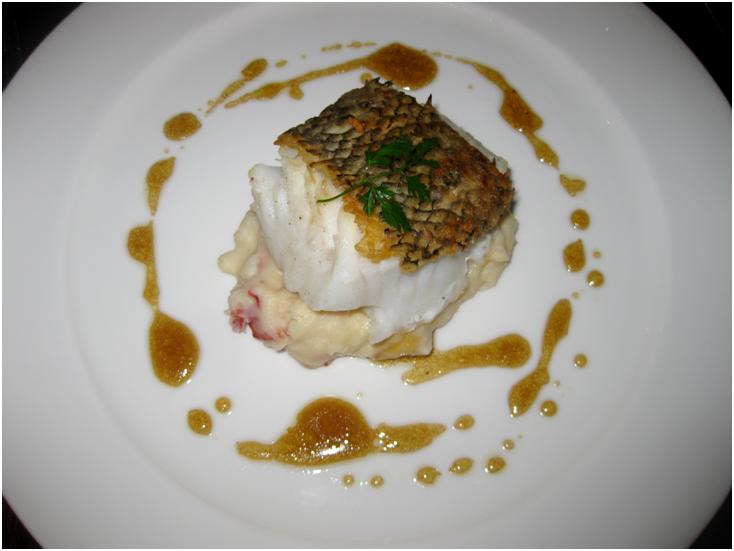 I love Chilean seabass, for it tastes similar to cod. The fish was fresh and well executed. What I loved most was the crispy skin. The mashed potatoes were creamy and smooth. There was something inside the mashed potatoes, tasted somewhat like crab, but I can’t be too sure. 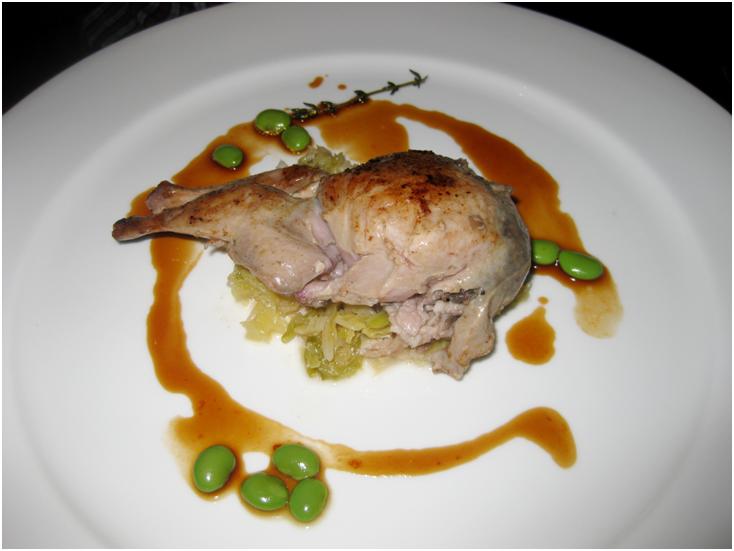 The other option for main course was the quail.

I regret not finding out the actual name of this dessert but it’s a variation of mont blanc, as there’s pureed chestnut and whipped cream. However, it’s much better than it sounds. 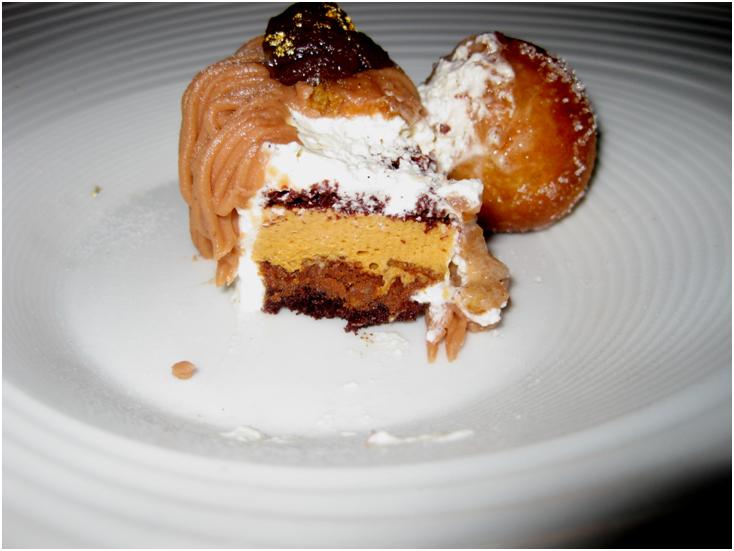 The interior had layers of cake/ mousse/ custard, including a crunchy layer and the overall texture was very unique. The puff behind is some Italian cream puff which had a surprise filling of a taste I can’t make out, other than it alcohol content.

I appreciate that they actually included such an interesting dessert instead of a simple gelato or the like. However, the server mentioned that they don’t usually have this, so that’s a pity.

For more about La Strada, view my previous post.