I had a Restaurant Week dinner at the new outlet of Bistro du Vin, which is just behind Great World City. I would have opted for the Shaw Centre one if it wasn’t fully booked.

The experience was mostly pleasant but I felt that some of the staff was rather raw in service. In a way it’s understandable because this outlet is new. I called up informing I would arrive late but instead of giving me a proper answer (yes, or no), he just went on saying I have to vacate by 8:30pm. When I arrived I actually saw other empty seats.

But anyway I did not vacate by 8:30pm. What I did not like was my seat which was at a corner. Normally it would be find, but I was cornered by 2 tables of 4 or 5 people each, and they were very noisy. The space in between wasn’t exactly substantial either. The Zion outlet has al fresco dining so I guess that’s why their indoor seating is quite limited, as compared to the Shaw outlet. However the Zion one wins when it comes to easy of parking, because it has public parking lots directly outside the Bistro.

This is the picture from their website, of their Shaw outlet. The Zion outlet has the exact same theme. Very French bistro like, which is what they are anyway. Expect to sit on No.14 bistro chairs.

The menu looked good for $35.00++ and I’m sure this is much less than what you would need to pay for Bistro du Vin on a usual day.

I do not usually like French loaves, especially from the one Les Bouchon which is hard like rock, but this one’s really good! It is very crusty outside and nothing like rock. The inside is fluffy like clouds. The butter was softened to ideal texture and it was super creamy with the bread.

They have an extensive wine list so we had one bottle of wine to go along with the meal. This one’s quite good but not the best St Emilion, agreed by my dining partner.

I had to take so many pictures of it because it’s the biggest serving of foie gras I ever had. I love foie gras and it was my obvious choice of entrée.

I was perhaps only expecting 1 piece of the above because 1 piece was very big already but the surprise came when I was served TWO of it. The best part was, it was good! It was lightly salted on the exterior and seared to perfection.

However, I don’t think their usual foie gras on the menu is like this. It says 80g and I’m sure this is way more than 80g. 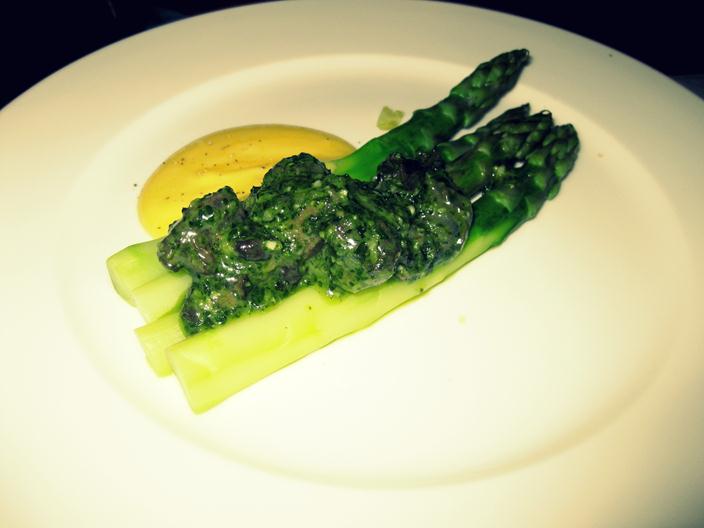 The escargots were big and bouncy, different from the escargots commonly found! Not that I have escargots often anyway. This is the healthier option definitely, with the big asparagus. 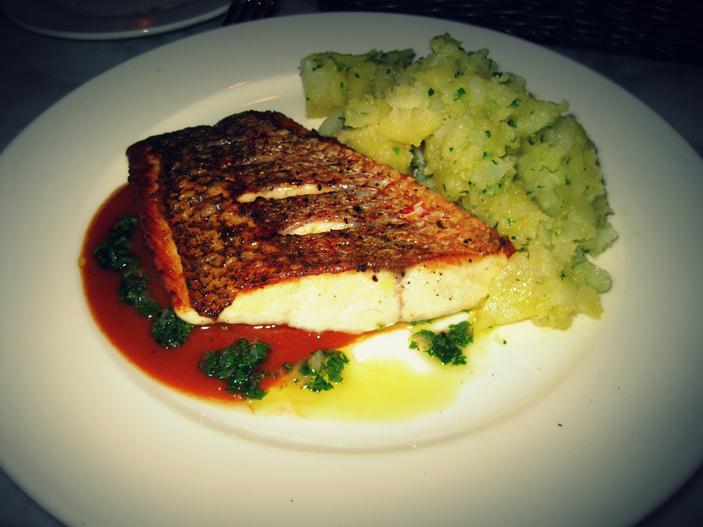 This was no good. The moment they served my plate I could smell a very strong fishy smell. The fish was very lack lustre and the only good part was the crispy skin and the tomato coulis. I didn’t like the crushed potatoes as it was too salty and raw tasting.

During last year’s March restaurant week, my dining partner had beef cheeks 3 times, at Oso, Blu and il Lido. However, this rendition is much better! This is way better than the snapper I had. The portion is very large. However, I think the portion from the a la carte menu is even bigger.

it was rather good, the sugar caramelized to perfection and the custard very creamy and tastes great with vanilla beans. However it got a little too sweet after a while.

My dining partner said it’s the best banana dessert he ever had. I am banana phobic so I don’t have any comments.