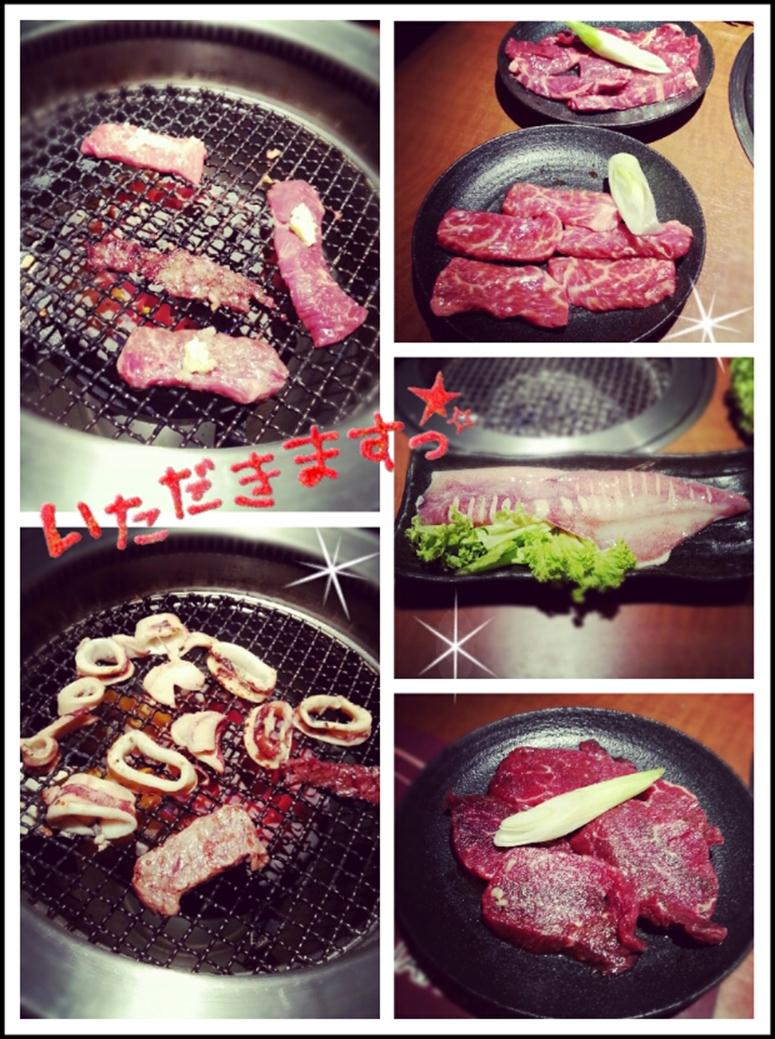 I’ve been wanting to have Japanese BBQ (Yakiniku) ever since I had a sumptuous meal at Nagomiya a few years back. However, a full meal Yakiniku restaurants usually cost a lot hence I’ve been putting off the idea.

When I heard about Haramiya just yesterday, I was excited to try it out, as the prices seems to be on the lower end!

They serve a few Korean dishes as well. 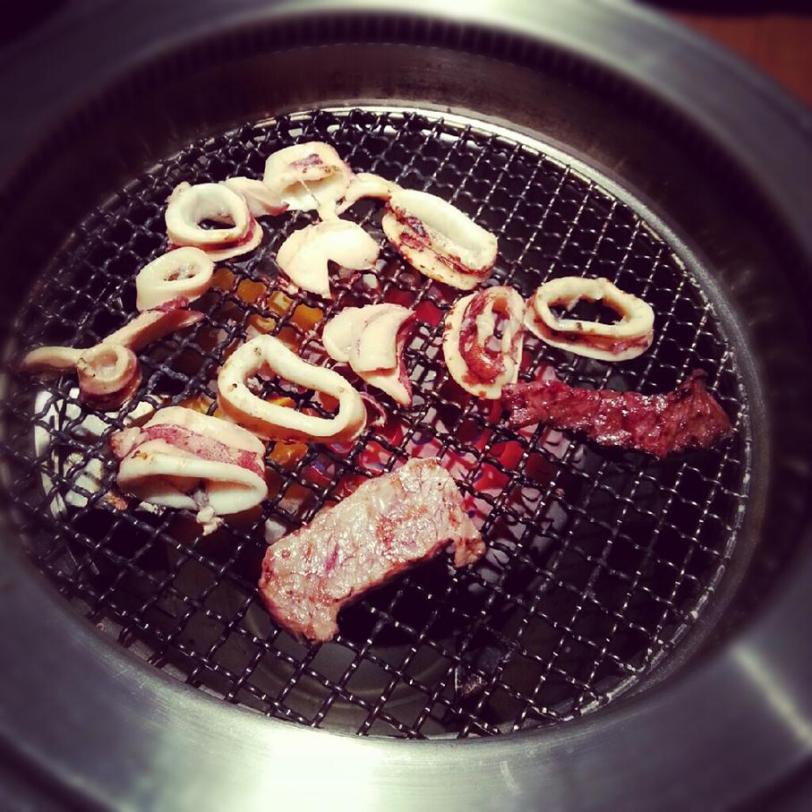 However, only after I ordered my food did I realise that they do not use charcoal here, but just a burning flame. Hence there was a burnt flavour but lacking the smokey charcoal fragrance in the food, which resulted it being not as good as it could have been. 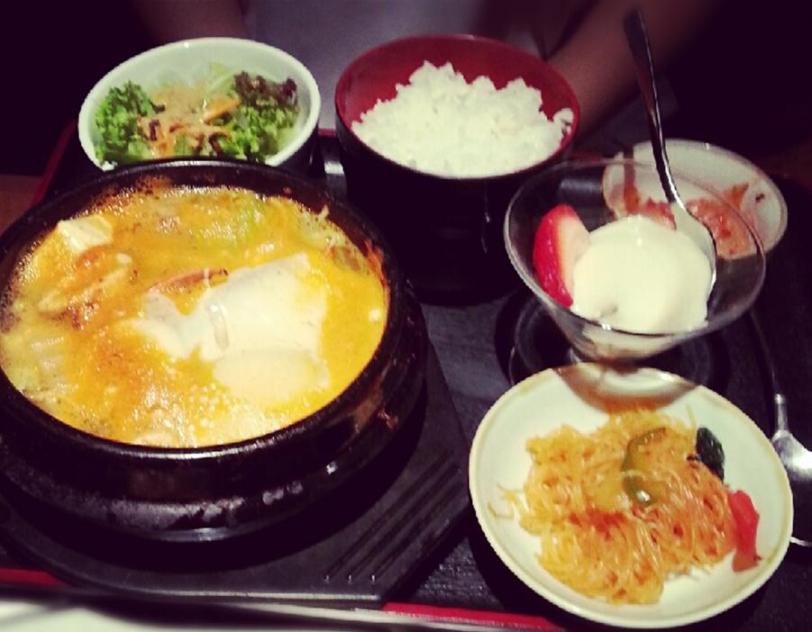 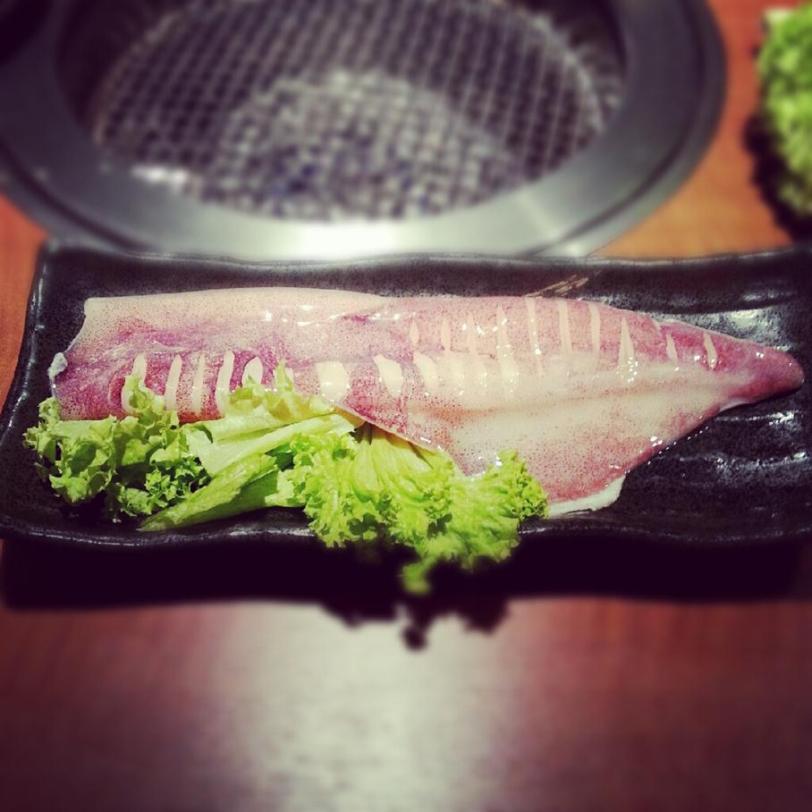 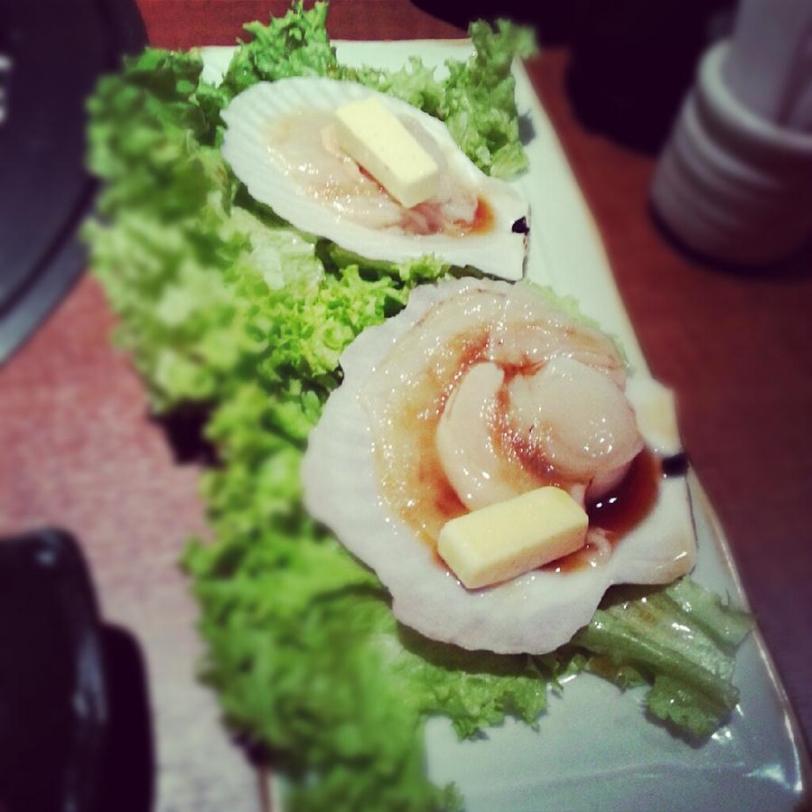 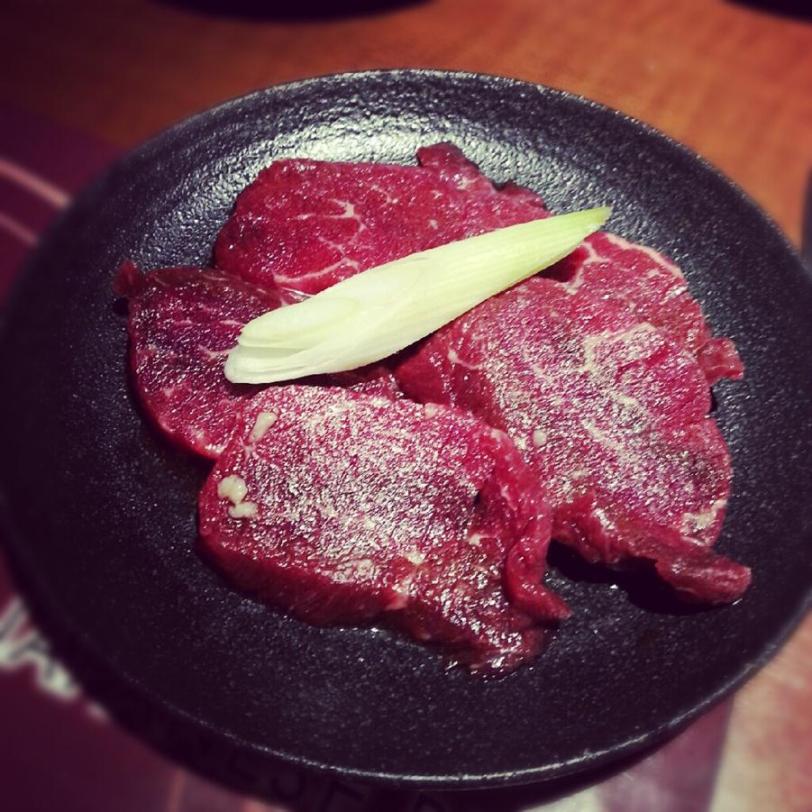 I would recommend the Karubi with garlic butter (same price) as it adds a nice flavour to it. Generally, the Karubi is more tender than the rosu and hamari beef. However, it is still chewy and tough overall, as this beef is not very marbled.

Generally, there wasn’t anything bad about the food. I had 3 portions of beef and the squid and they were all satisfying despite the gas fire also gave it a not so pleasant burnt taste. Additionally, the burning flame made the atmosphere very warm. For this point, I doubt I would return if I could afford charcoal BBQ instead.

I would say that reservations are not necessary unless you want to come in after 7:30pm. It was almost empty when I arrived at 7pm but around 8pm it was full house despite the restaurant being quite big.

Overall: Possibly the cheapest yakiniku restaurant I know of, but they do not use charcoal which is a major drawback to me.