This is my 3rd stop for Restaurant Week. I actually booked another restaurant long ago, but I decided to change last minute as this place looked too good to pass. It belongs to the person behind il Lido, a restaurant which I had good impression of, hence I was curious about this newer venture.

The ambiance here is much more laid back and casual than il Lido, and is very much like a casual Italian eatery. However, the ceilings were low and the space wasn’t ample, so it was kind of noisy. Not too suitable for a romantic date is guess, but perfect for simply having a casual meal or for gatherings with friends, where you don’t have to feel embarrassed for being the only noisy ones.

Latteria is located at Duxton Hill, very near the car park so it is recommended to drive there.

As it was only lunch and we had a long day ahead, we decided to go for a half carafe of wine instead of a usual bottle. Latteria do have a few options for wines but we decided on the usual red, and had their house wine. For a no vintage wine, it was actually pretty decent. It wasn’t nasty to taste, but had not much of fragrance. For only $25.00++, this was pretty alright actually. A glass would have been $9.00++ each.

Additional to our set lunch was the tomato soup. I’m glad we ordered this because I love tomato soup and this was good. The tomato was not too sour or too green like bad renditions, but very rich in flavour with slight saltiness.

I’ve had buffalo mozzarella many times but this was a breakthrough. Normally it would be served with plain cured parma ham, but who knew it would be up another level when it was seared? The parma ham was like bacon but better, and what was best about this dish was that I could have 3 mouths of it, not just 1. I understand why this place is called a mozzarella bar – their take on mozzarella dishes are simply so good!

My dining partner loves vongole and is on the quest to find the best in Singapore since La Strada’s closure. This rendition is not bad really, the sauce was just what we were seeking! However, the pasta could have been more al dente (not to say this was soggy, but was on the verge of being) and the clams were not the freshest. I hope to have an improved version of this the next time we dine here. 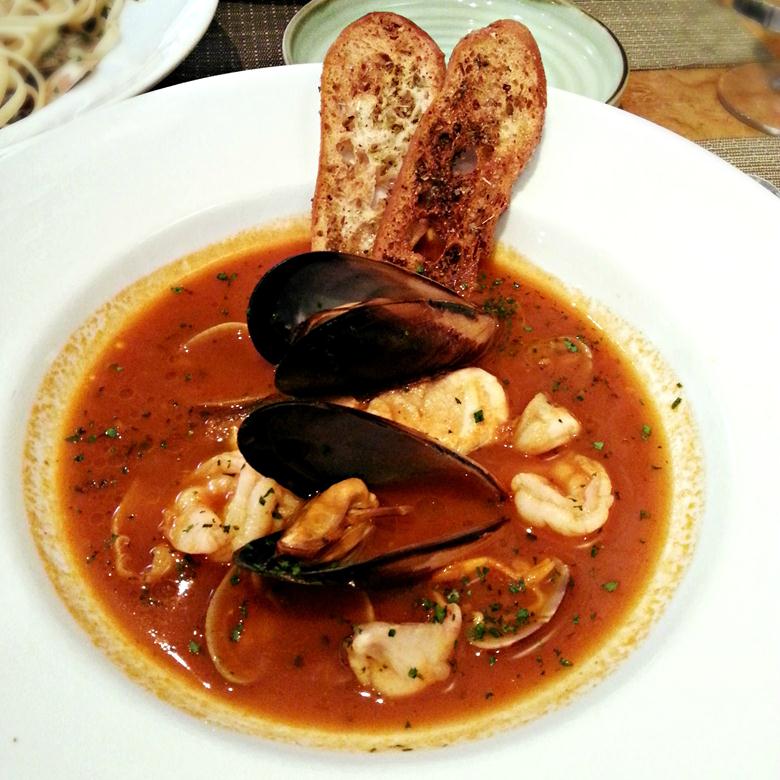 This was my option for the main. I decided on this because I wanted something less heavy. The broth was very rich with crustacean flavour and generally it was faultless, except for a few un-fresh clams. 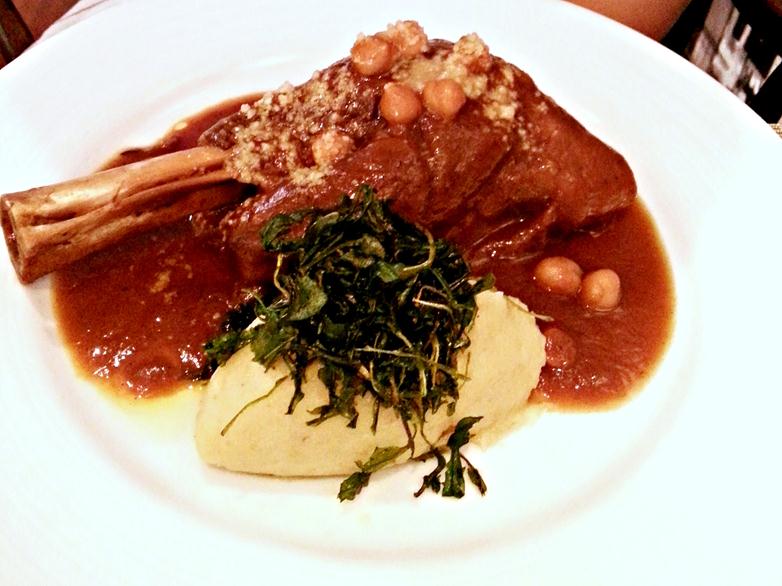 My dining partner and I are both not fans of lamb typically, but this was highly recommended by the server. Indeed, the gamey lamb taste was minimal and the meat was soft and tender. The red wine sauce was good too, and masked off any unpleasant taste of the meat. The bone marrow was heavenly. I would say this is one of the better lambs I’ve had in Singapore! 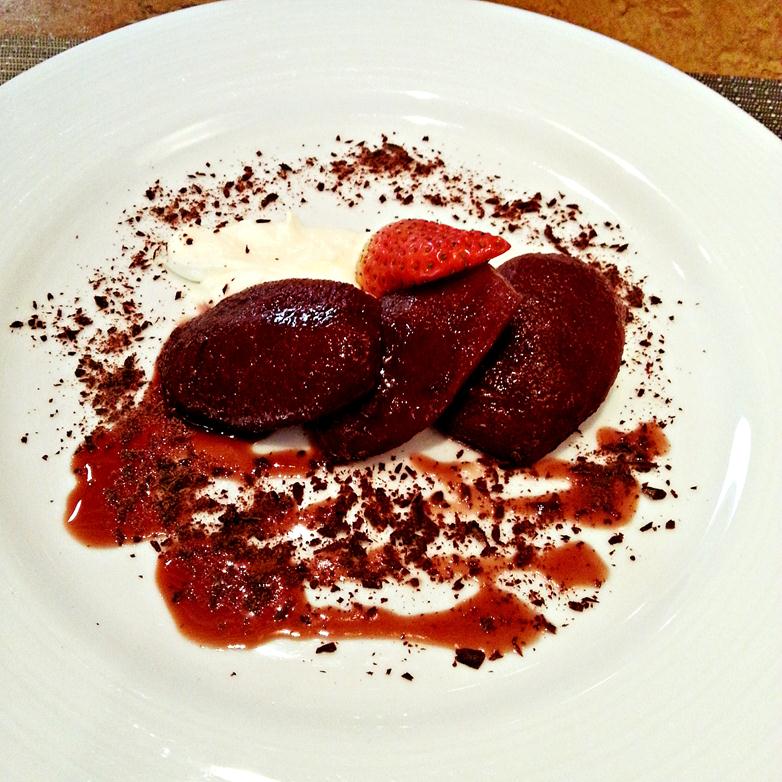 The pear was probably soaked in port and the taste was very strong, resembling kueh lapis. I am not a fan of kueh lapis or pear, and I thought I wouldn’t like this. However, combined with the mascarpone mousse, the taste was a perfect balance of sweet and sour. If the mascarpone was taken alone it would be far too rich in cream to swallow so this was a good combination. If you normally like pear desserts (I don’t like pear) this could easily get in your good books. 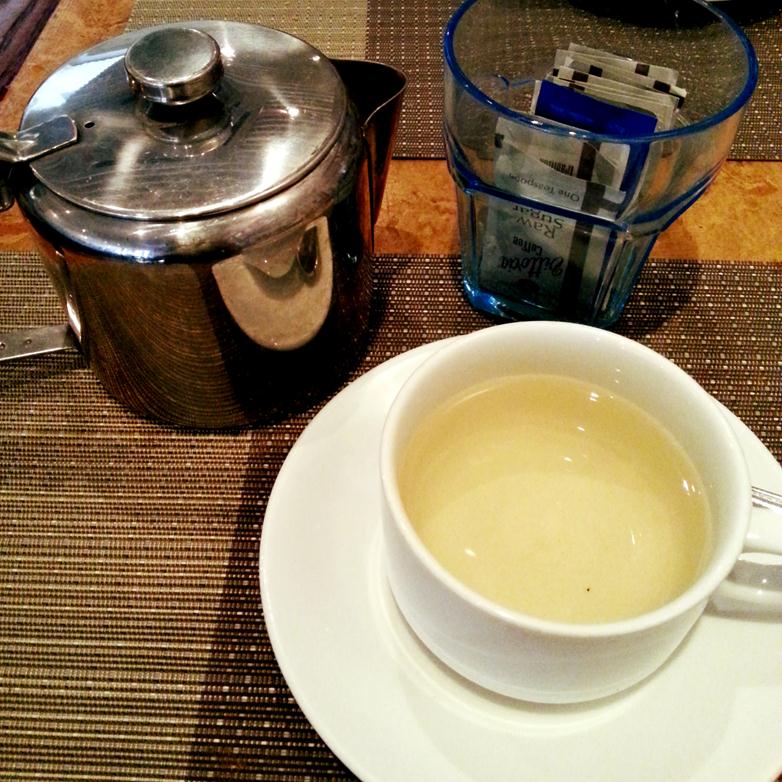 To finish the meal, we had chamomile tea. I think they use Gryphon Tea here.

Overall: The experience here was good and I do not mind coming back soon!