I finally got the ocassion to try out Joël Robuchon Restaurant after so long. My impression of L’Atelier wasn’t that good so I had hopes that the fine dining version would be worthy of the brand’s reputation.

The restaurant’s decor was lovely and each table was nicely set and even had crystals lying around. Without a doubt it’s one of the most luxrious looking restaurant I’ve tried so far.

They have 4 set menus to select from, which varies in the type of courses offered. You can then select your dishes from the list above. My dining partner and I went for the $320.00++ option, which comes with amuse bouche, bread trolley, 2 appetizers and 2 mains, cheese trolley, dessert, and sweets trolley.

From their extensive wine list we picked this bottle of Bordeaux wine and it was alright. I wanted to bring my own but the corkage here is $120.00++ and they do not have 1 for 1 policy, so it was pretty pointless. 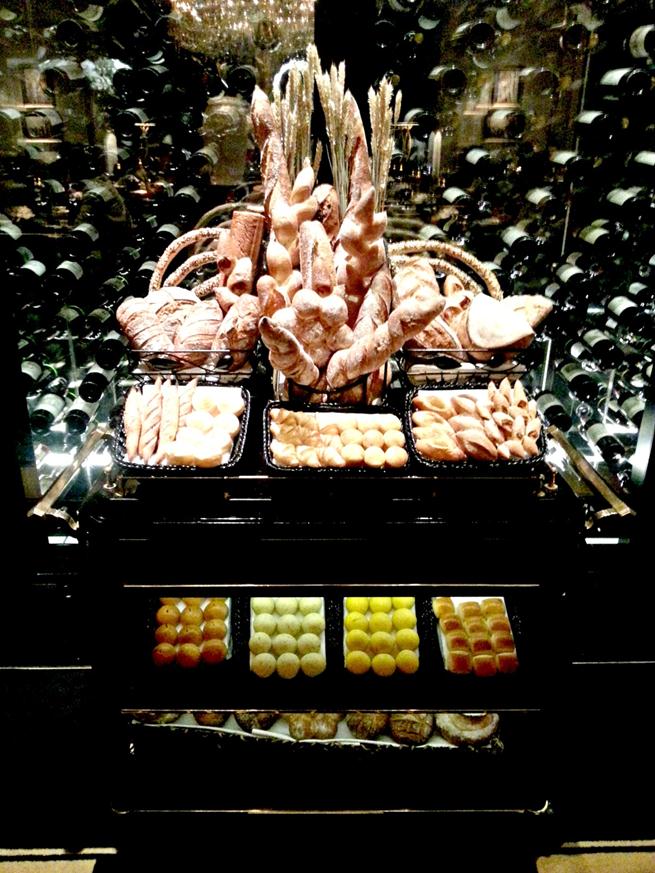 The big breads are just for show.

Their breads were all really good! I love the croissant, as well as all the soft buns. 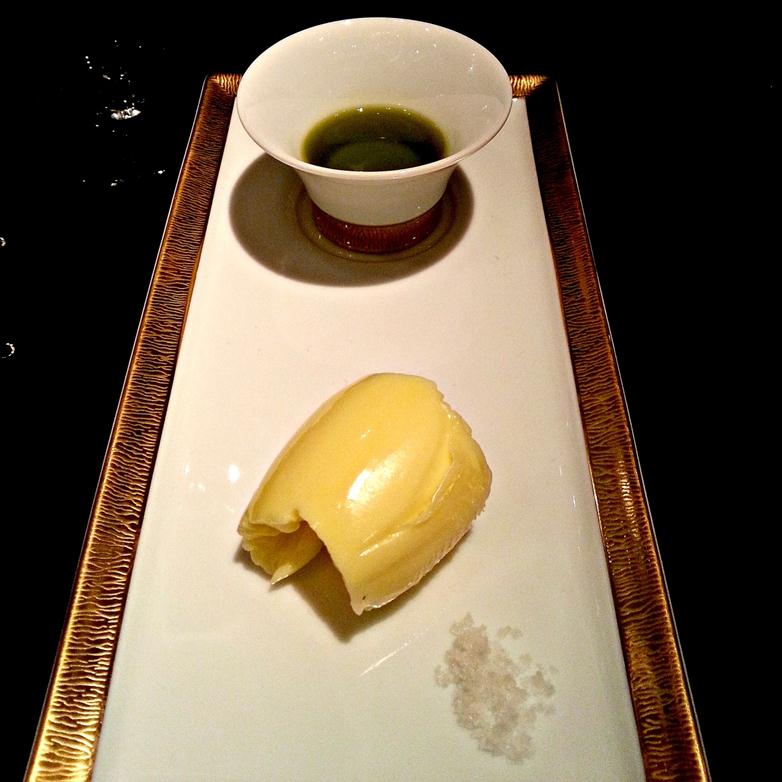 Their olive oil was greener than any olive oil I’ve seen, and is from Italy. It tastes very different from other olive oils I’ve tried! The French butter was extremely creamy too. 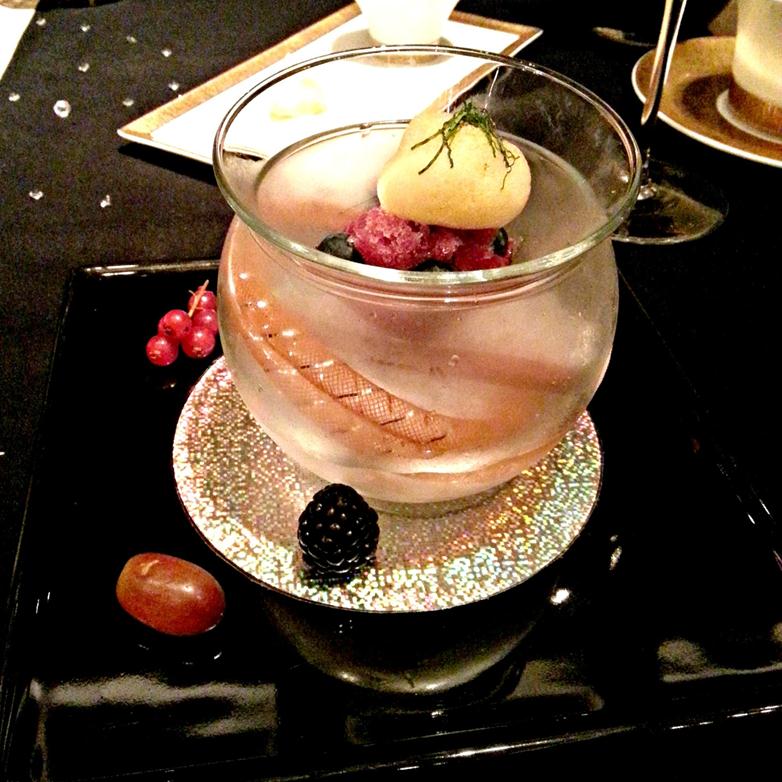 This was sort of like some fruity iced dessert with a dollop of foam with some herbaceous flavour. Not anything memorable though. The set up was probably more interesting than the taste itself.

As the chef here is Japanese, Japanese influence is expected in the food, despite it being a French restaurant. You can’t go wrong with (good) sea urchin! It was my first time trying white asparagus and from a bite I didn’t find it very different from the regular green version. 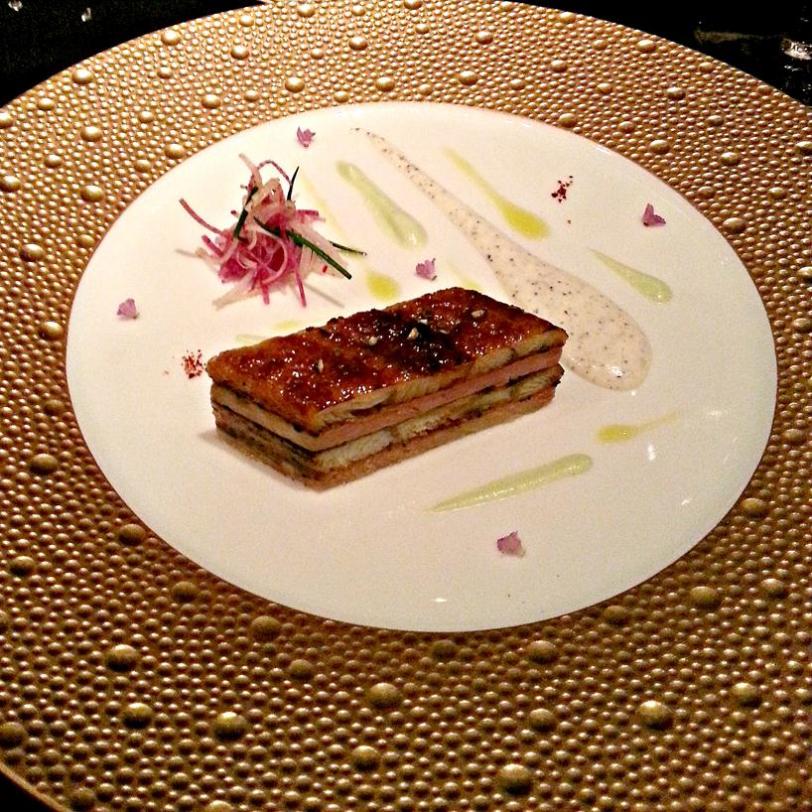 This was my choice of cold appetizer and I liked this a lot! The eel was very much like Japanese unagi, but served cold with foie gras in between. The top layer was slightly harder and I did like the overall combination and texture. In fact, for all my choices of dishes I preferred this the most. 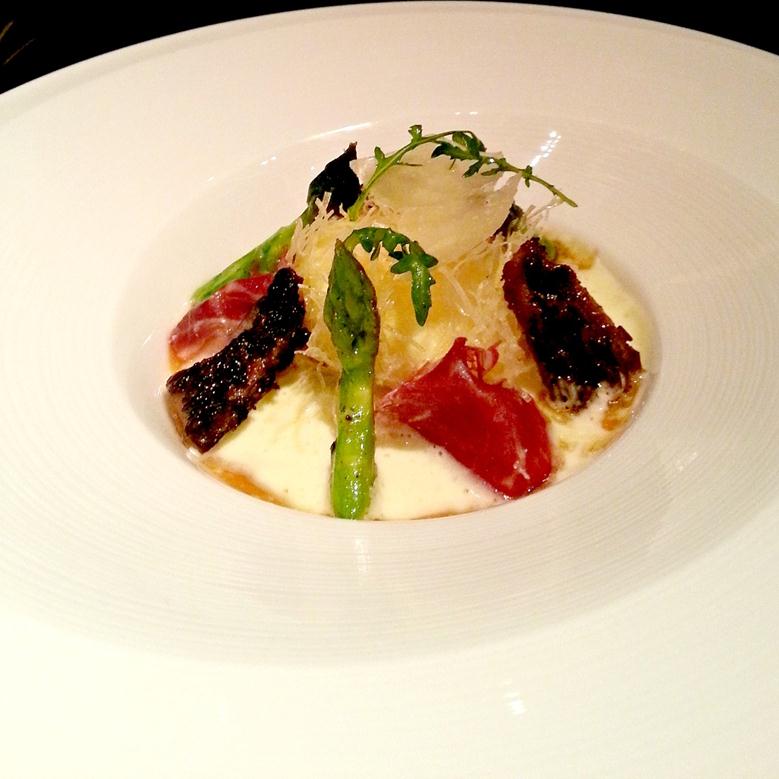 The crispy soft boiled egg was probably the highlight. I am not sure how to explain this, but the outer crust layer was crispy for real! 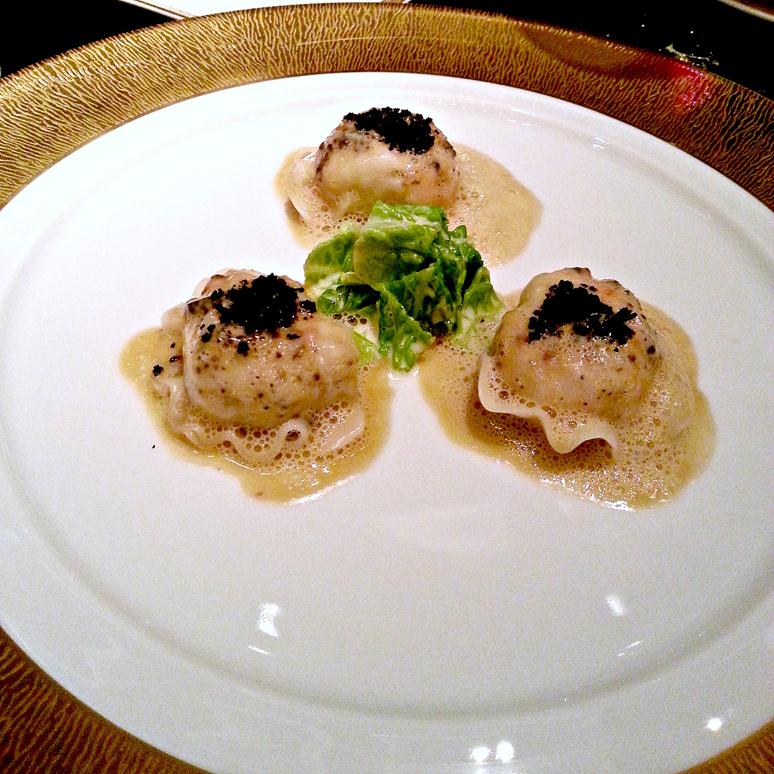 It’s my first time eating langoustine, as generally it isn’t that common in Singapore. Based on this dish, I wouldn’t say it was very different from crunchy prawns and overall it did feel like Chinese shrimp dumpling. Not to say it wasn’t good, but it just wasn’t special enough for me to be happy with this choice.

For this one, I didn’t quite like how the mint, pea and wasabi went together. It was a bit too green spicy for my liking, but the spiny lobster was good on it’s own.

I tried to be healthy by ordering a fish for one of the mains but regretted my choice as it was unimpressive in comparison to the other mains. 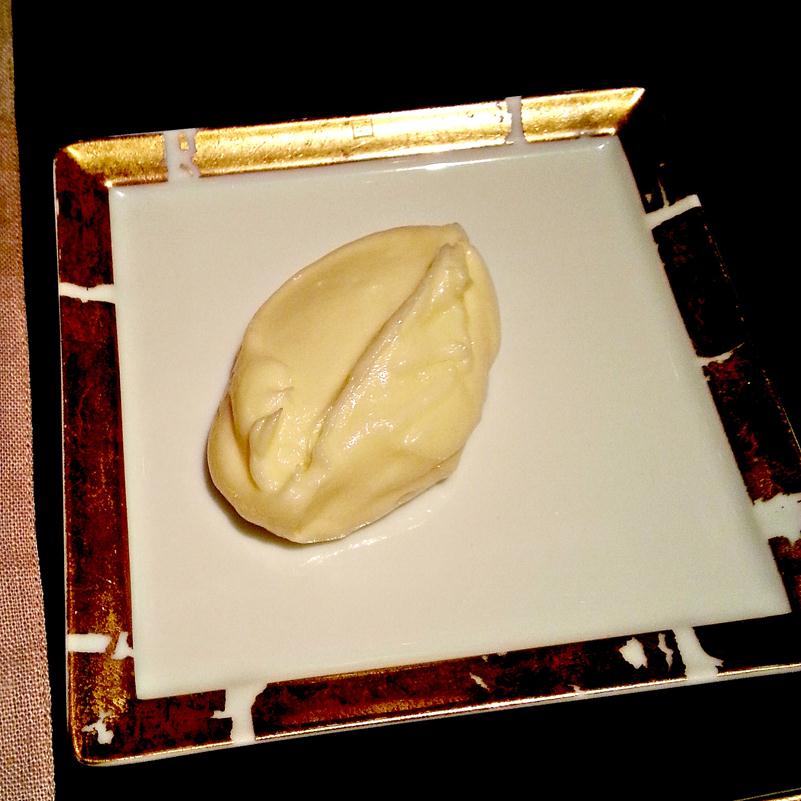 This is one of the best mashed potatoes ever. The mash was cohesive and sticks together and not onto the plate! Very delicate and definitely better than what you normally get elsewhere.

The beef here was well marbled and definitely was good beef to start with. If you like steak, you won’t regret this one! One of the better steaks I’ve had recently. 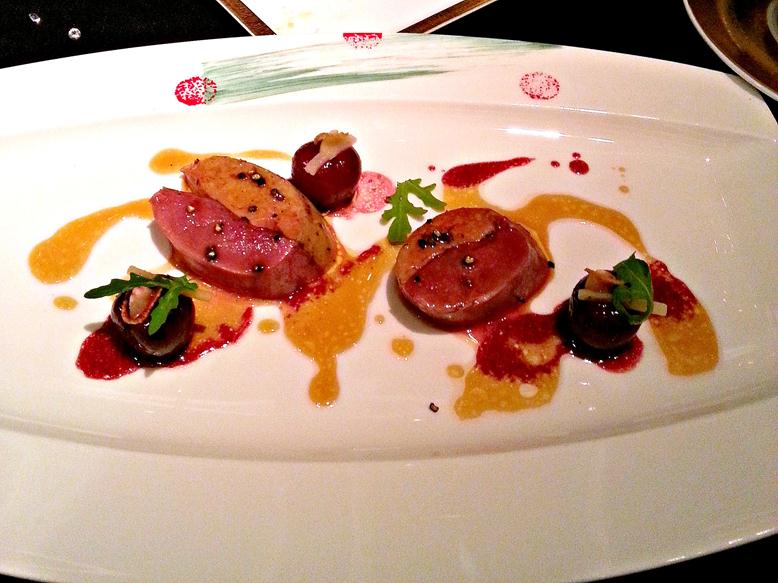 Duck and seared foie gras with cherries and fresh almond

This was my other main course and I liked this much better than the turbot. The foie gras isn’t seared to dry texture on the outside, but is kind of like soft throughout. The foie gras taste was very strong and as a foie gras lover I loved this dish. I’m not such a fan of the cherries though.

It was time for cheese!

They’ll give you some bread to go along. I normally prefer table water crackers to go with my cheese rather than bread. 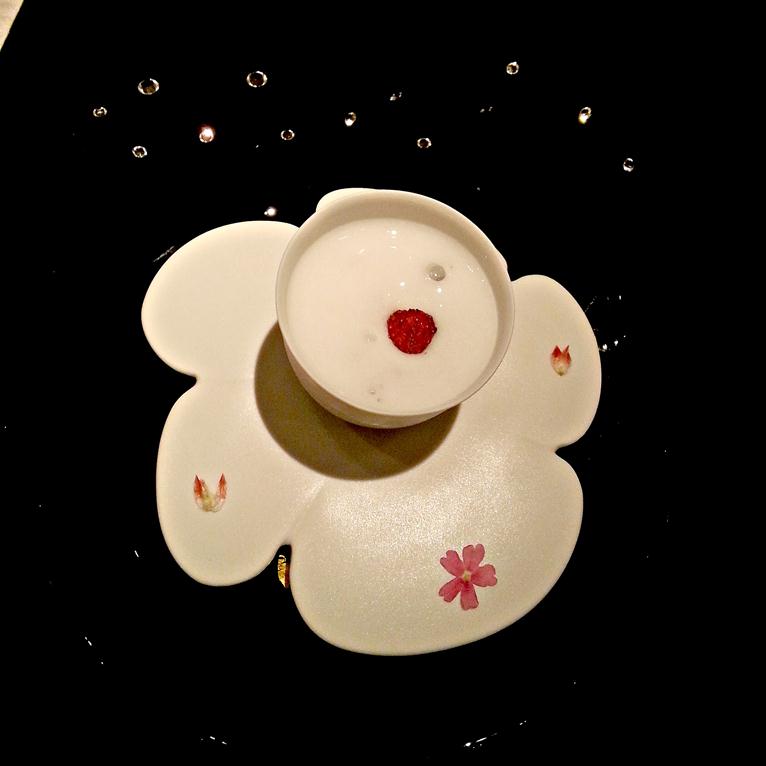 Intermezzo sorbet to cleanse our palette for dessert.

This was my choice of dessert and it was fruity and refreshing. It has some alcohol content in it too. 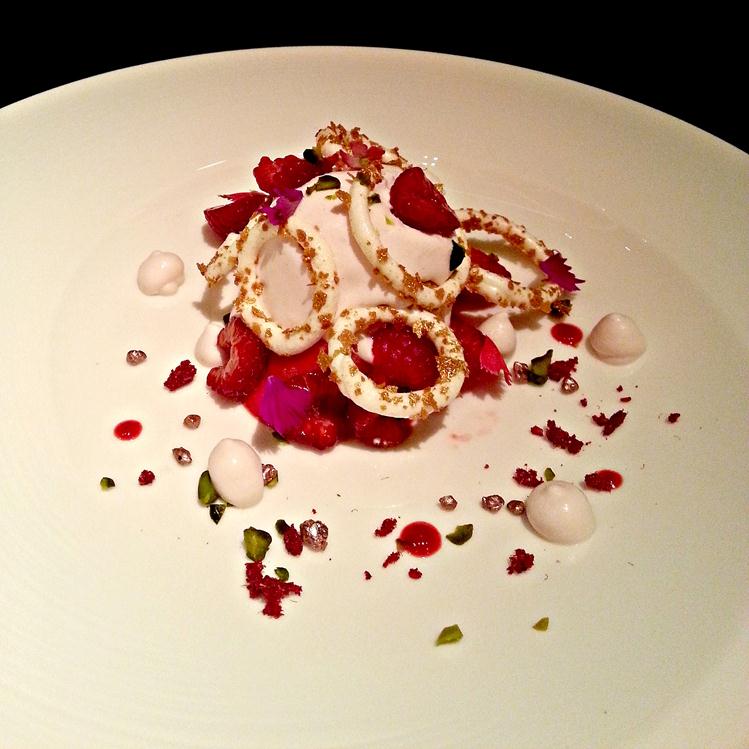 This one’s more special than Le Punch and if you had to choose between this 2 I would recommend this, because it has more mixtures of flavours as compared to Le Punch which was almost entirely strawberry.

To end the meal, they brought out the sweets trolley and we each had a cup of chamomile tea. I would say everything but the macarons were really good! The macarons were kind of on the soggy side.

As we were there for a birthday celebration, they provided us a cake, which was probably around 500g. It was more than enough for 2, and it was really good as well! It was a fruity cake, somewhat like ice cream sorbet. It will melt if you leave it too long.

Overall we spent 4.5h having our dinner and ended at 12am. The experience was a lovely one and if you are interested I would recommend you to go try it once you find an occasion! The service was impeccable and the food did not really disappoint, despite having some items which I regret choosing.

Overall: This is definitely one of my favourite restaurants!