Hi everyone! I’ve been very slow on updates lately because I’ve got too many pictures to sort out. I went to Japan for a good 8 days and had lots of fun (and food!)

So on the night of 21st May, I took an overnight plane to Kansai Airport via Jetstar. I decided on this trip purely because I happened to spot really cheap tickets to Japan. Otherwise, Japan has never been a place which I intended to go during this period, because I always wanted to go only during the cherry blossom season! Nevertheless, it was too cheap to pass, the exchange rate was good (1 SGD = 80 Yen), and it’s a food and shopping paradise for me so I just bought the ticket anyway, out of impulse! The air tickets costs $318, inclusive of 20kg luggage ($40) and credit card booking fee ($20). The fare alone was just $258! I was initially looking for a short trip over the Vesak Day weekend and was intending to go somewhere near like maybe Thailand or Hong Kong with the airfare being around that price, but happened to find tickets to Osaka instead and was overjoyed.

It was my first time on Jetstar, and honestly I was apprehensive of taking it. However, I am glad to report that the seats are spacious enough, comparable to normal airlines like British Airways. The only truly budget part about it was the lack of inflight service and entertainment. This wasn’t much of a problem to me, because the flight was at 10:30pm and I wouldn’t be eating in the middle of the night anyway. I don’t normally use inflight entertainment so that’s fine with me too. I bought a fleece blanket from IKEA (only $3.90!) and that kept me warm.

The flight was around 6h 30 minutes and before we knew it we were in Japan. It was 6am there when we arrived!

Somehow I didn’t get to see any duty free shops at arrival and before I knew it I went through the customs.

Despite it being really early, some of the restaurants and shops at the public area were already open so there were plenty of options for breakfast. 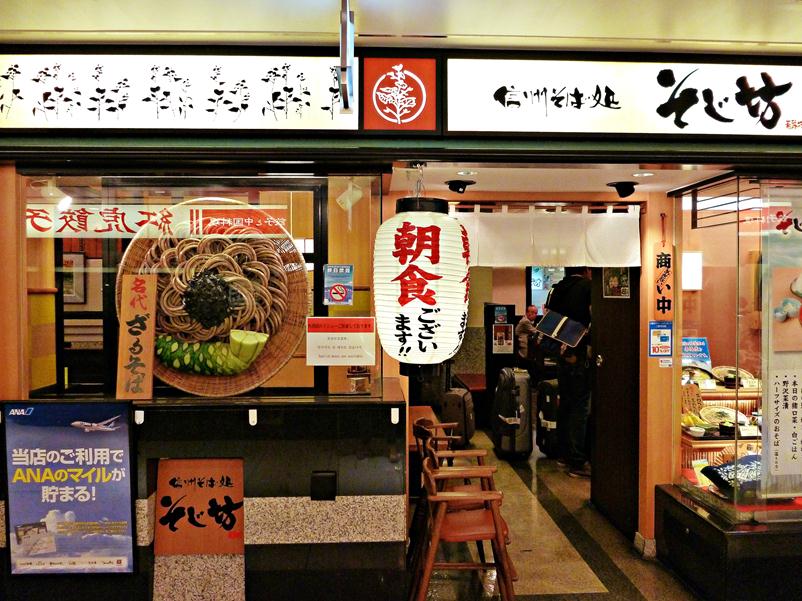 My very first meal in Japan was at this soba restaurant at the airport. 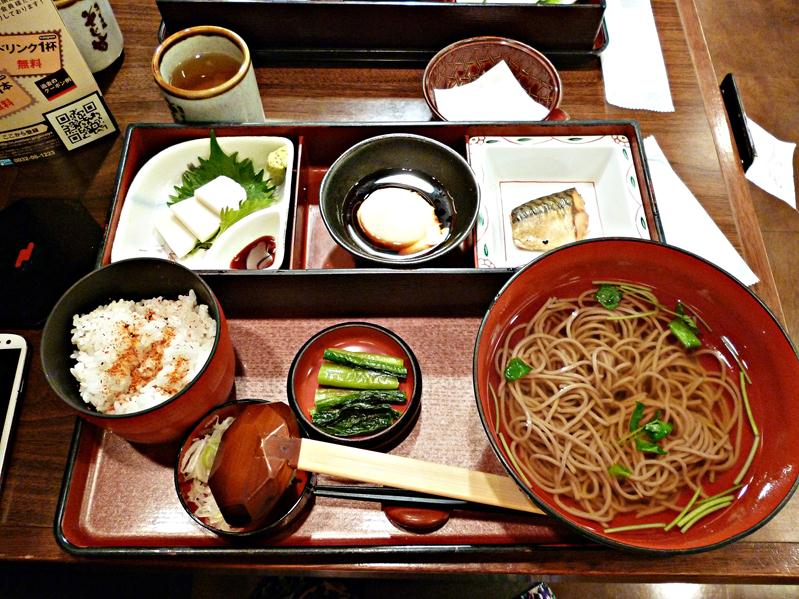 This breakfast set cost ¥800 which is around $10. It’s pretty reasonable in my opinion. You can opt for either hot or cold soba. I had the hot option and the broth was very comforting after the tiring flight.

The next activity planned was shopping at Rinku premium outlets. Rinku Town is a shopping mall cluster near the airport. Other than the premium outlets there were other malls too. The airport itself is quite a distance away from the city so this was the only suitable day to visit Rinku Town, as my flight back would be early too. To get there from the airport, you can take a bus for ¥100, or the train for ¥300. Obviously the bus makes more sense and it goes straight to the outlet mall, while the train station at Rinku Town is a 10 minutes’ walk away from the premium outlets.

There are luggage lockers around the premises for you to keep your luggage. It cost ¥500 for the big locker. I realised that there were lockers at every train station we went to in Osaka and the neighbouring towns. Do visit the information center to obtain a discount booklet. It’ll come in handy. 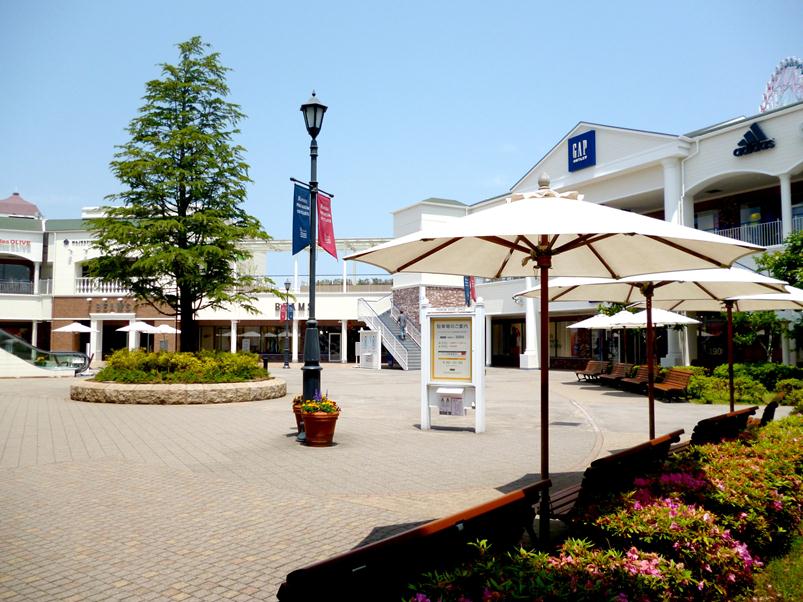 Generally, the outlet mall was not very worth the time spent. If you have better things to do in Osaka, I’d say skip this and do something else.

From the outlet mall, we had to walk 10 minutes to the train station. It seemed like quite a long walk since we weren’t certain of the way. The train ride to Nanba was about 30+minutes.

Once out of Nanba, we sort of got lost once again, looking for our hotel at Dotonbori. The thing about Japan is that the road signs are pretty useless, even if you do understand Japanese. It is best to have a compass or best, mobile internet, to guide you along.

Even though our hotel was only a 10minutes walk away, we took a long time to get there the first time. On the way there we bought our first Takoyaki! Osaka is well known for their takoyaki and it is literally everywhere. 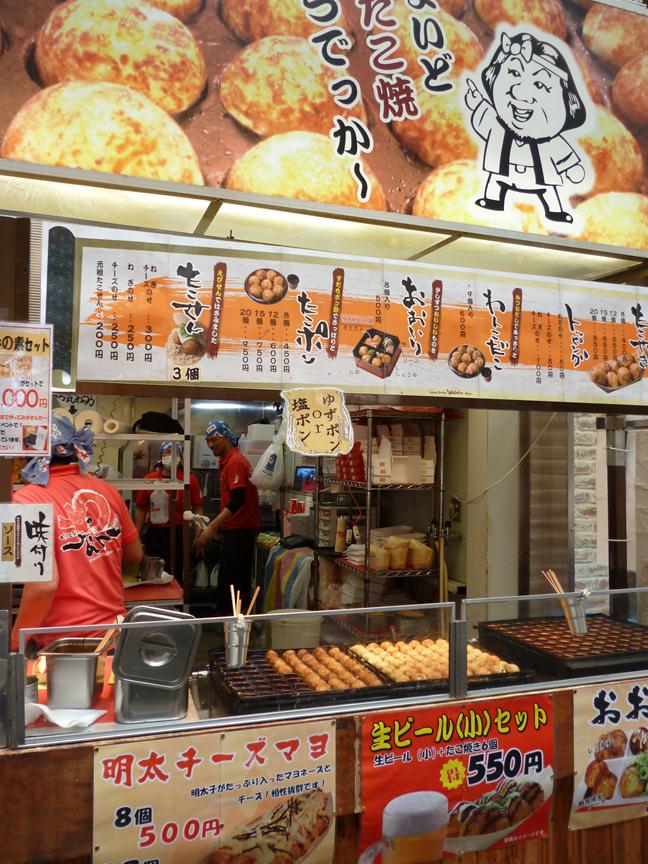 This is a random stall somewhere between Nanba and Dotonbori, along the main shopping and food arcade. 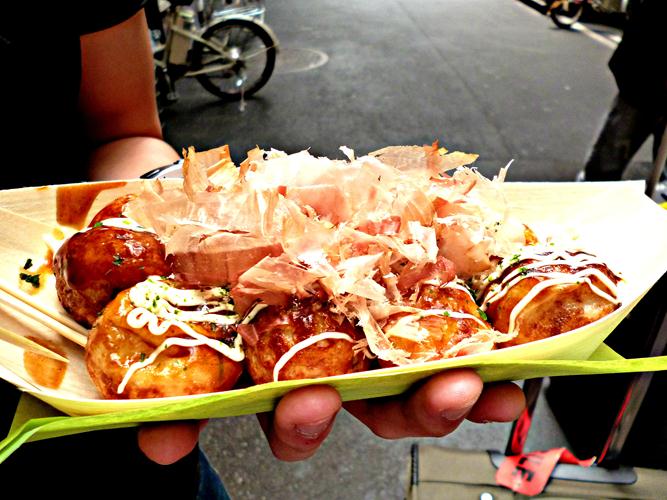 After depositing our luggage at the hotel, we went for lunch (finally!). Our hotel was conveniently located where all the famous food was, at Dotonbori. 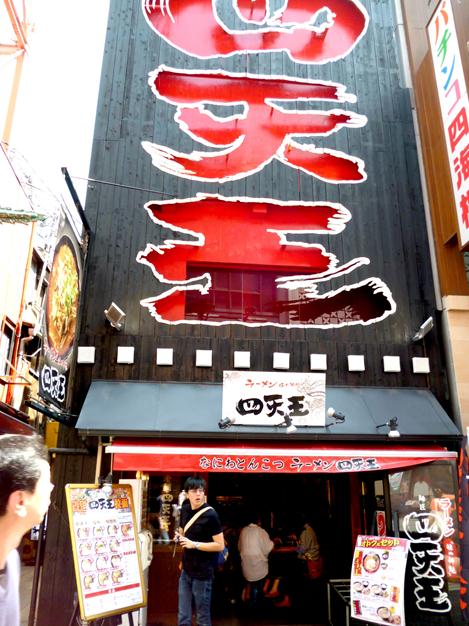 I did my research and Shi-ten-noh was named as one of the best ramen in Osaka.

They basically serve tonkotsu broth with soy sauce, salt or miso to flavour it. 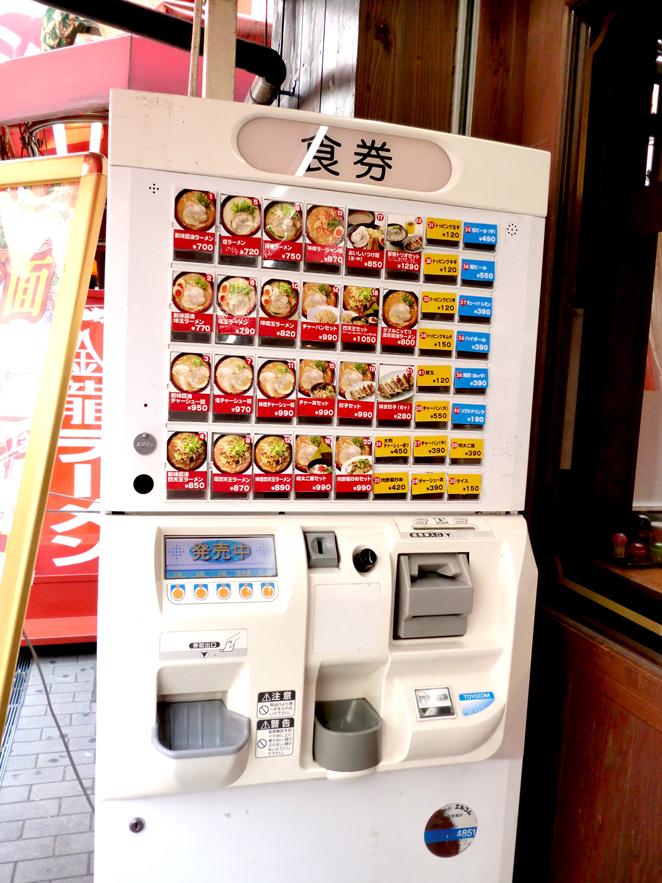 To order, you got to buy a ticket from the vending machine and then pass the ticket to the chef. 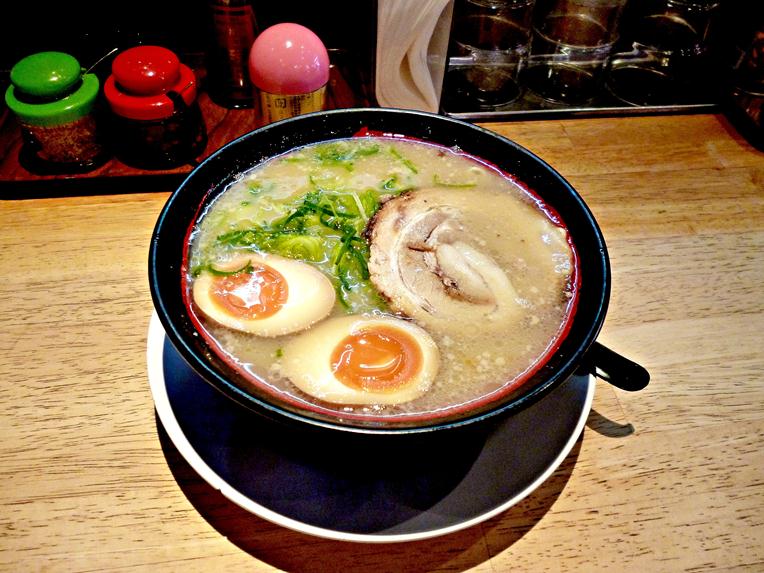 Indeed, this was one good ramen; easily better than most in Singapore. 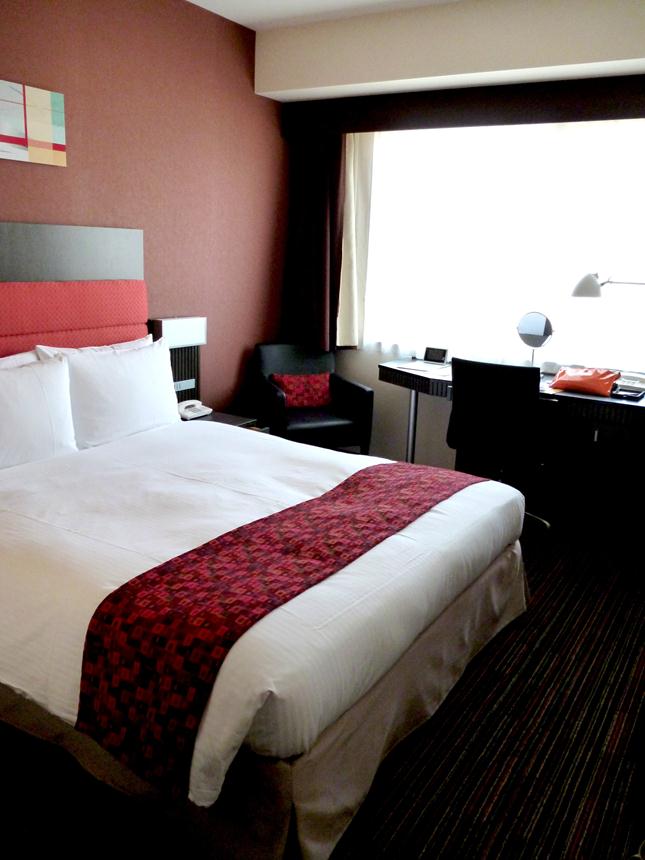 The hotel I booked was Hotel Vista Grande Osaka. I paid around $95 a night for a double room. I booked it on Hotels.com and used a 10% discount code for this price. I had to pay upfront though. The bed size is 160cm, which is important because I realise that in Japanese hotels, most of the so called double rooms actually has beds 120cm – 140cm small. That’s smaller than a regular queen bed (150cm) and I don’t think that’ll be comfortable. 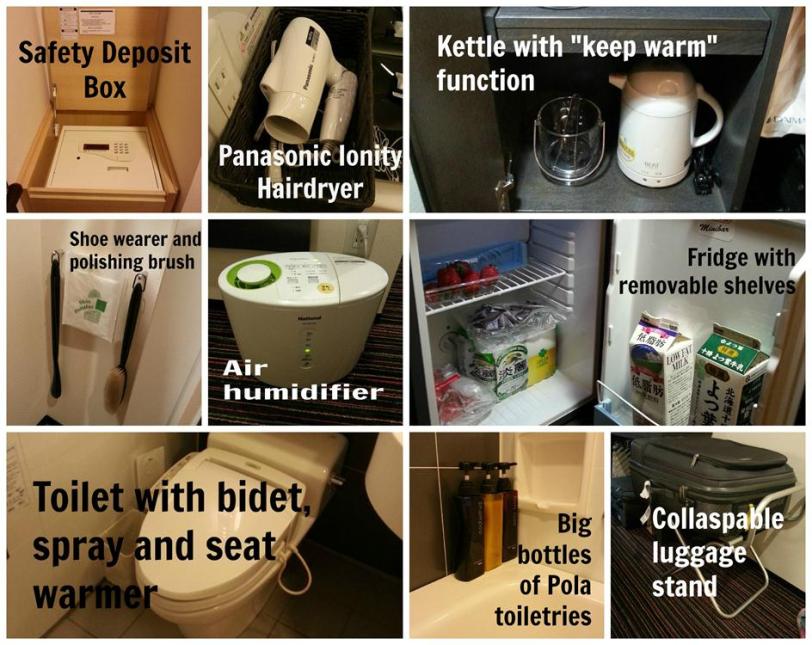 Every small detail was well thought of! They even had a torch light (for whatever reasons). For Japanese hotel standards, the room was pretty spacious and was more than just decent. For the first time in my life, I had good hair days holidaying, thanks to the Ionity hair dryer. Most hotels worldwide provide the lousiest hair dryers which is probably the cheapest they can find in the market, but you won’t get that here. Most hotels in Japan do not come with safety deposit boxes somehow, and one of the main deciding factors to choosing this hotel was that they do have it in every room. I was most thrilled to find a humidifier in the room, and that was quite a life saver. I don’t want to be dried out by the air-conditioning over night!

The daily house keeping service was well done too and the chamber maids (some were men) were friendly and would greet you every morning. The concierge staff can speak passable English and even Chinese, if you happen to catch him on duty. There’s free cable internet in every room, and Wi-Fi at the lobby for free. Tea bags and mineral water are provided daily. They also provided bath robes and room slippers, so basically there’s everything you’ll ever need for a hotel stay. The toiletries are of good quality and I am so glad I didn’t bother to bring my own. There’s a bath tub too, in case you want to soak in after a long tiring day of walking.

Location wise, it is around 3 minutes away from Nanba Subway (not the airport line) and it is in the heart of Dotonbori, the food paradise, so I’d say it’s pretty good. Shinsaibashi, the other popular shopping arcade, is in walking distance too.

This hotel is rated on the Michelin guide for hotels in Osaka too! It’s becoming quite hard to book nowadays. 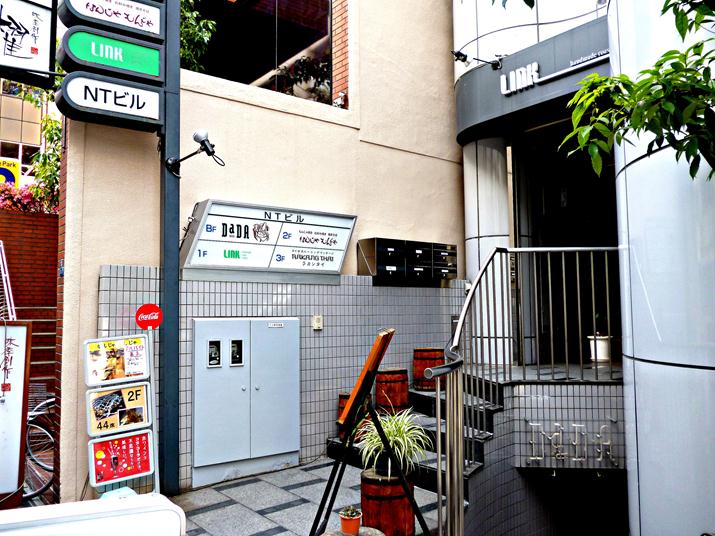 The next stop for the day was coffee.

The Link Coffee is located at Shinsaibashi and is within walking distance from our hotel. However, we had a hard time locating the shop, since there wasn’t many landmarks to look out for. 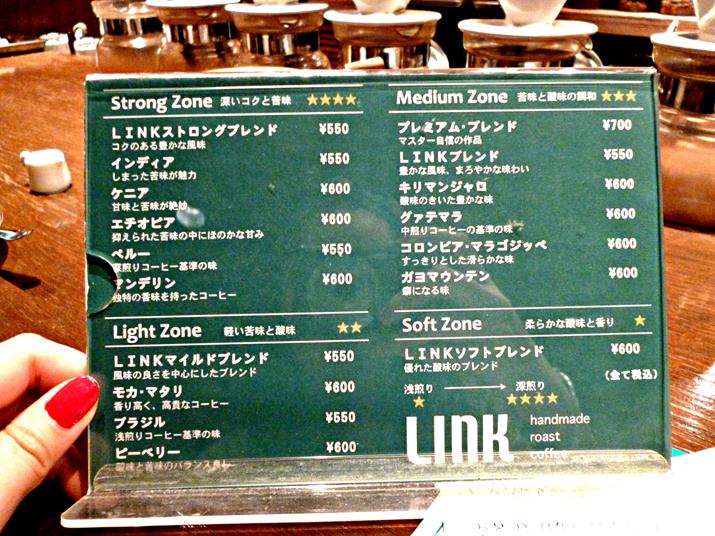 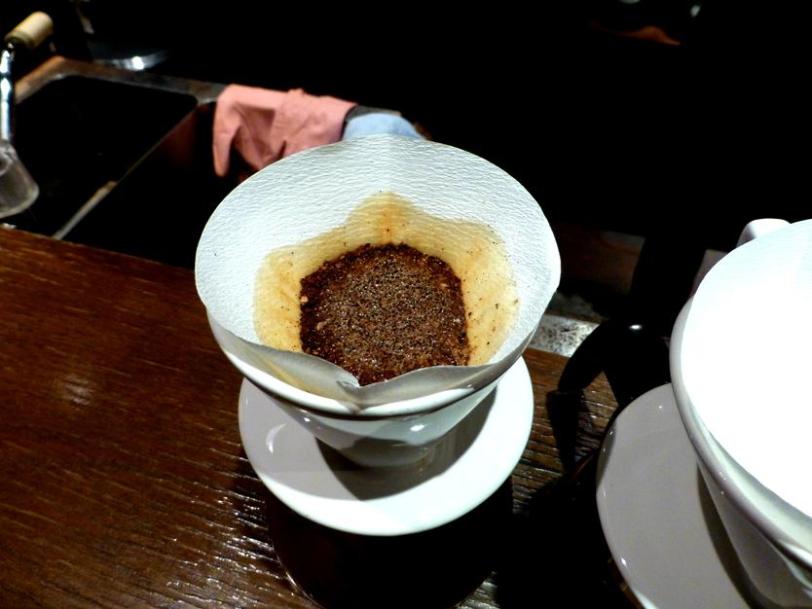 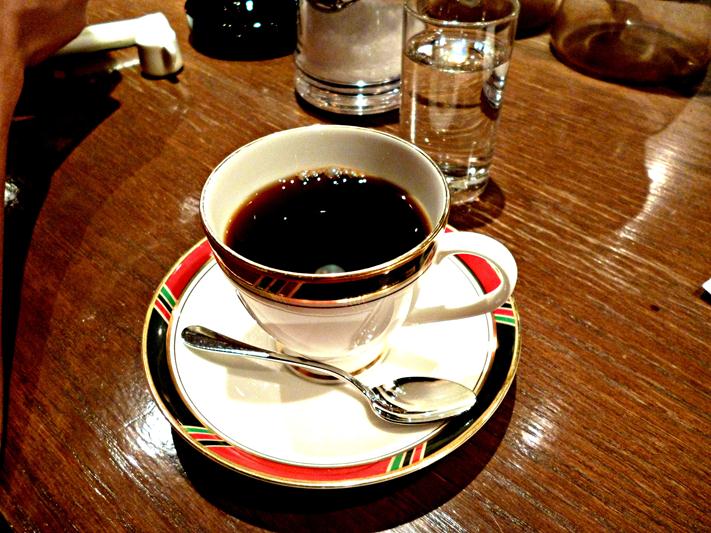 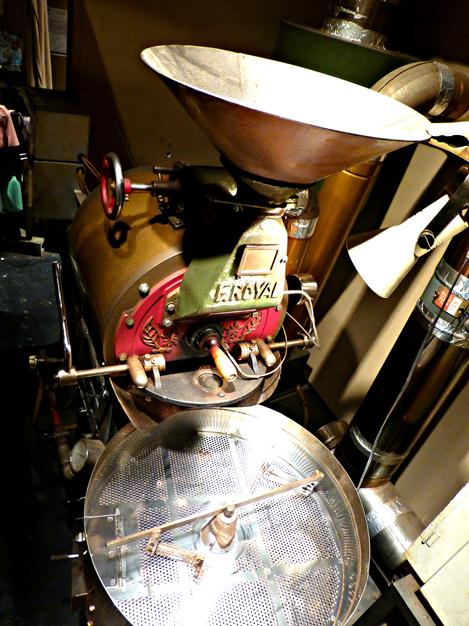 The owner of this place roasts his own beans and serves only hand brewed coffee. You won’t find any coffee machine here. He doesn’t speak much English but is still friendly and welcoming. However, do note that smoking is allowed here and on the 2 occasions we were here, we experienced it.

After coffee, we explored the Shinsaibashi shopping arcade a bit and I was excited to find Daiso. 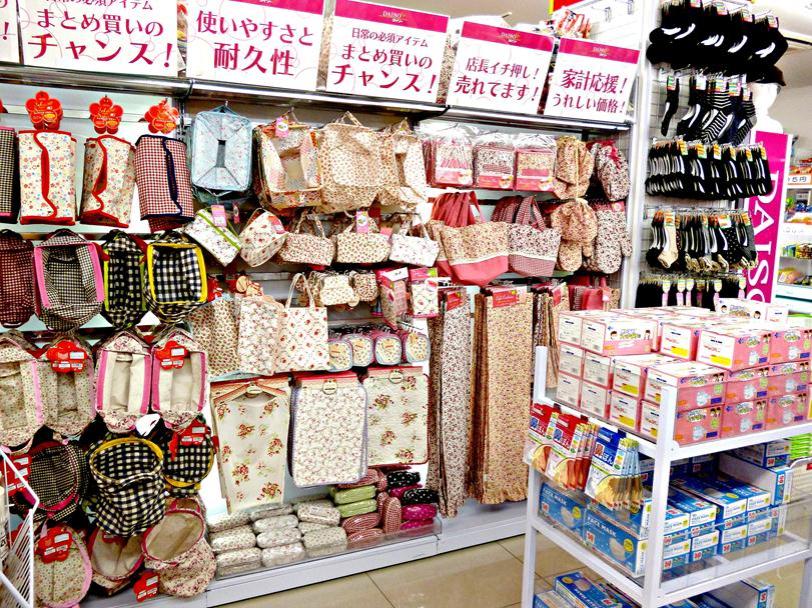 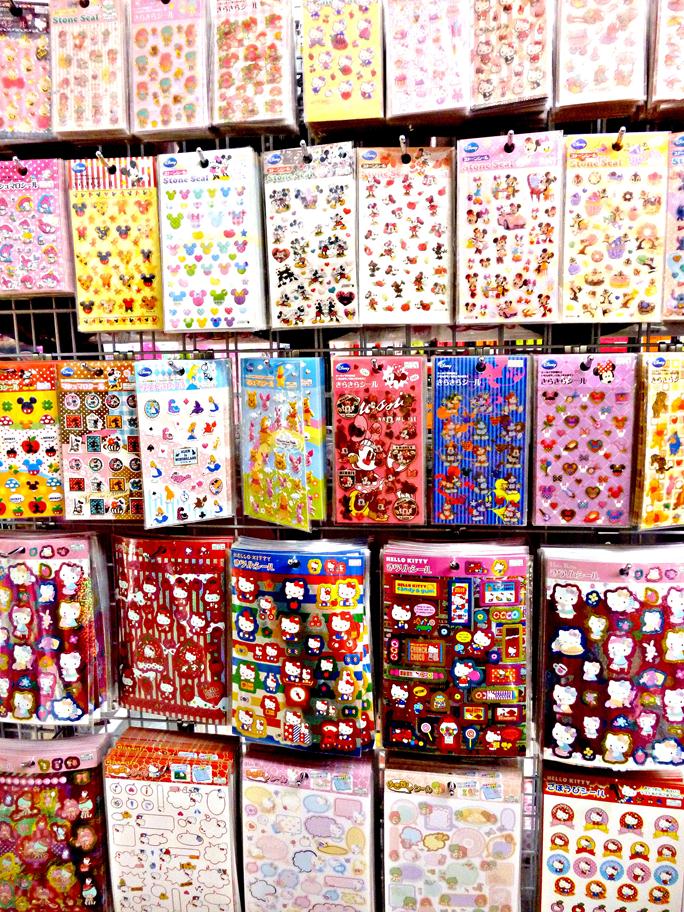 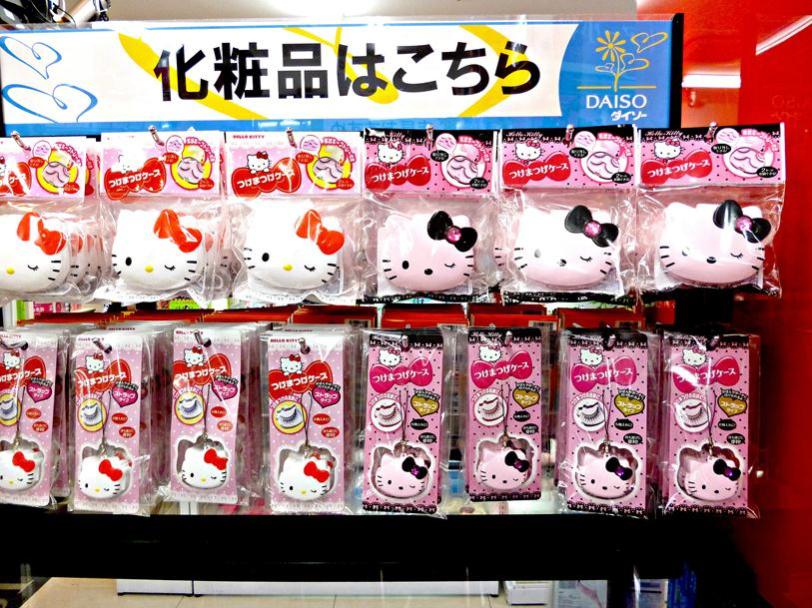 In Japan, Daiso products costs ¥105 ($1.30) and they have a lot more things! Unlike Daiso in Singapore, the Daiso there was not perpetually crowded.

Soon enough, it was time for dinner. We decided to try Okonomiyaki, which is another of Osaka’s famous street food. 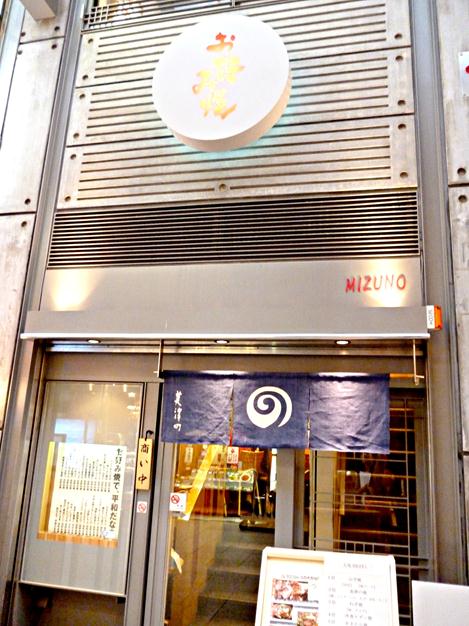 This particular store was located on one of the alleys, and not on the main shopping arcade. It could be quite elusive to find initially. 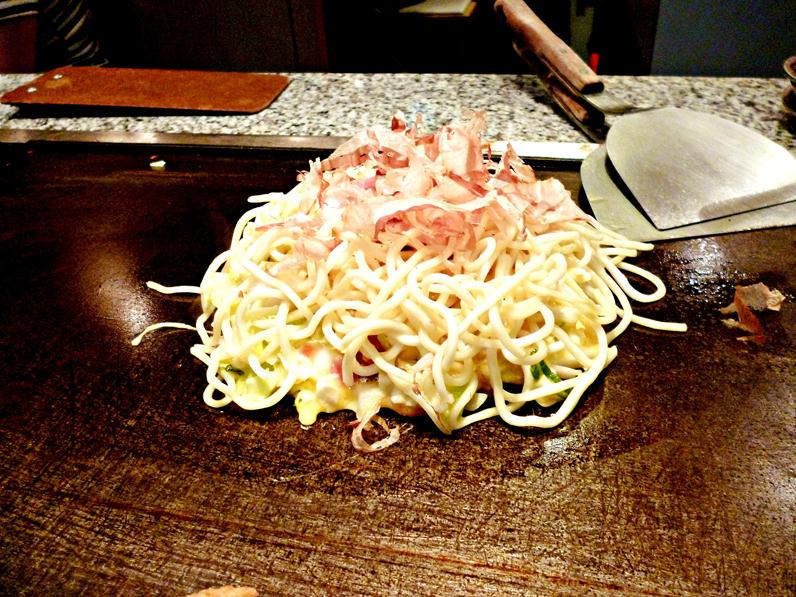 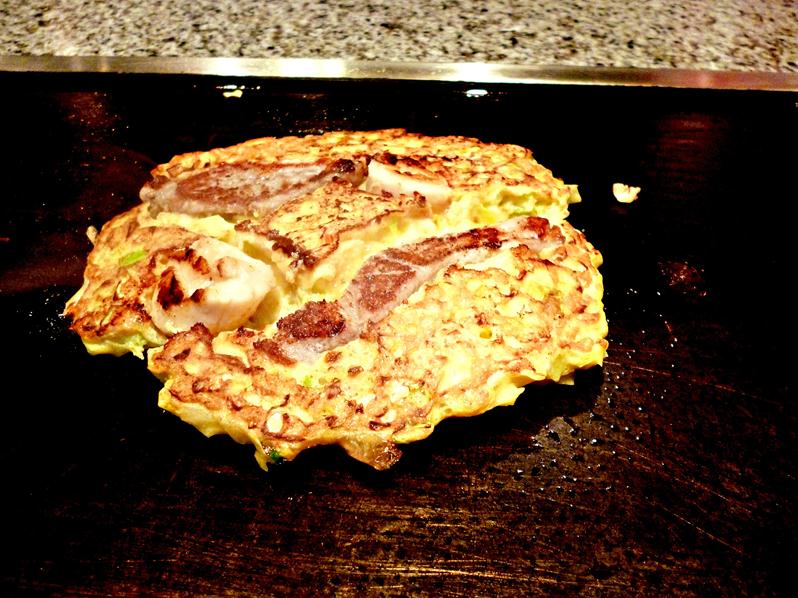 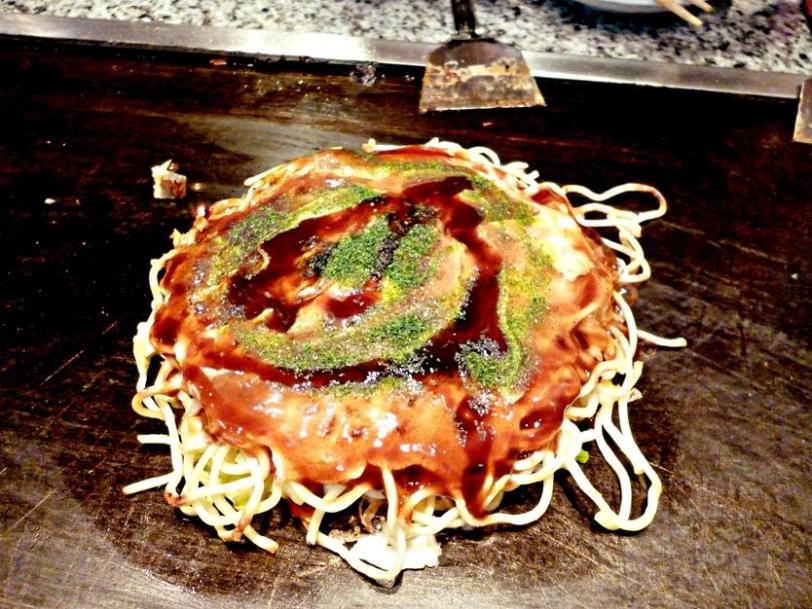 After the meal, it was time to knock out. That’s all for day 1!