The first thing I did when I knew I was going to Osaka was to look up the Michelin Guide. Japan is known for good food so even in areas outside of Tokyo good restaurants are aplenty.

Osaka is listed together with other cities in the Kansai region -Kyoto, Kobe and Nara, in the Michelin Guide. In Osaka alone, there are 99 restaurants listed and among these, 4 are awarded with three stars.

Some may insist that the Michelin Guide isn’t accurate for Asian food, but I rather give them the benefit of the doubt because I don’t know of any other reliable guides for Japan anyway.

Among the 4 three starred restaurants I picked Fujiya1935 mainly because they allowed online booking. I made my reservation on Open Table on the day my date was released and it wasn’t difficult to book a table. Almost all three star restaurants in the world require advance reservation because of their popularity. Unfortunately for Japan, most restaurants only take in reservation by phone and few offer online booking. You could get your hotel to reserve on your behalf, but some hotels would only do so when you check in, which happened to be the case of my hotel. Popular restaurants may be fully booked by the time you arrive in Japan, so do plan ahead.

My reservation was for lunch on a Saturday. I spent my morning at Osaka Castle and took a leisurely walk over to Fujiya. I would say it isn’t too far with the walking time being 15 – 20 minutes, depending on how confident you are of your direction.

It was kind of weird when I first stepped in. They ushered us to sit at a small, dark waiting area, which had nothing but tables and chairs. I have no idea why they didn’t usher us to our table from the beginning instead. They served us some clear drink, which kind of tasted like cheese, but I really had no idea what it was. After about 10 minutes, they finally led us to our table. We weren’t early for our reservation by the way – slightly late in fact. I am not sure whether every customer has to go through this weird process, but that’s about it for the weirdness.

The staff here did not speak English, and that was kind of weird for a place serving non-Japanese cuisine. The servers and sommelier has limited vocabulary of English so you can forget about striking a conversation with them if you do not know any Japanese. The most they could convey was the name of the dishes served, and they did so by reading whatever’s written on the menu. 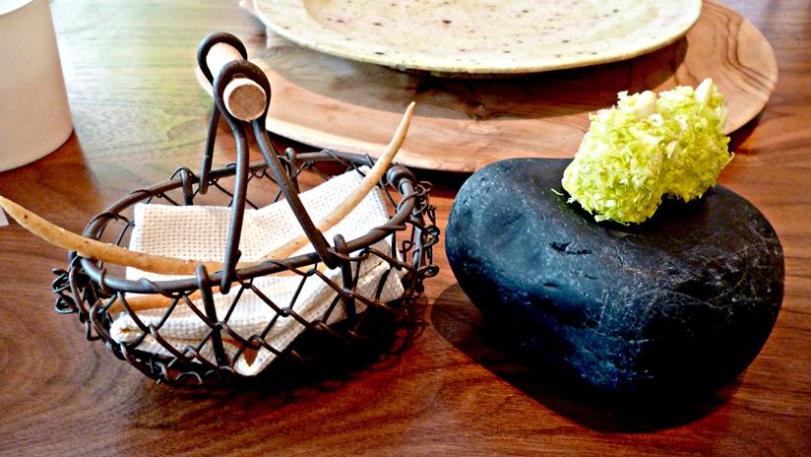 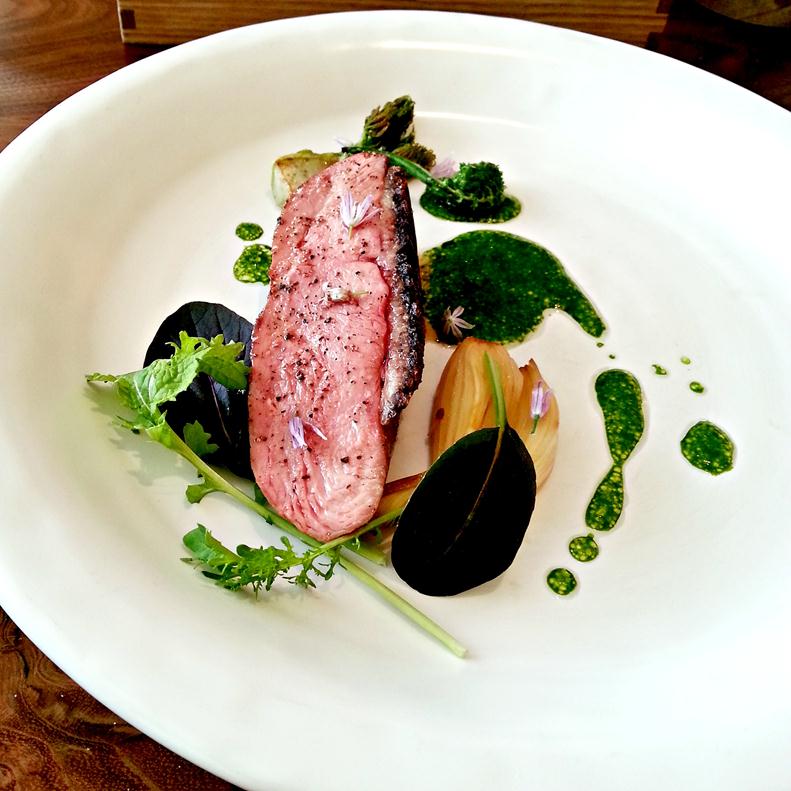 I won’t be introducing each dish because most likely they won’t be serving this by now anyway. They probably change their menu pretty often. The names of each dish are shown in the menu above if reference is needed. Basically, everything was outstanding. Especially memorable was the pasta, which was the best noodles I’ve eaten in my life. The combination was simply magic. The duck breast was beautifully cooked too and I’m started to appreciate duck more nowadays. Duck when done right can really be the best meat ever.

Who is this for:

To me, this meal has extremely good value. If I lived in Osaka, I would probably want to have this every week. In Singapore, $80 can get you a decent meal perhaps, but definitely nothing creative and innovative (and delicious at the same time).

The place, though small, was comfortable and faultless. It wasn’t much of an uppity high class experience, but their theme was somewhat artistic and zen – clean cut with a lot of wood with some greenery. The theme of the restaurant was well adhered to, so I like the overall effect of the setting they put up. If you wanted to know, their toilet was comparable to 5 star hotels’.

I can see why this place was awarded three stars and I think they deserve it. I am really glad that my first three star meal turned out so well.