I am sure many of you food enthusiasts already know about this epic restaurant, but for those who do not the food they do here is a league of their own. I can’t really compare their food to any cuisine I know of, because they do not do traditional cooking at all. Heston is known for his creativity and his food is like a work of art + science, rather than just food, and that is also known as molecular gastronomy. Here, you use all your senses to enjoy the food. Some may not appreciate such food and prefer traditional cooking, but I personally do as I like the experience of dining and not just eating. However, I do agree that creative food can easily backfire if badly done. I’m glad to report that Heston lives up to his name and at The Fat Duck, you will get molecular food done right.The restaurant is rather small and getting a table is not easy. Reservations opens 2 months prior so do book ahead.

The menu for lunch and dinner is priced at £195 before taxes. The courses are fixed, but if you have any dietary restrictions you can inform them and they’ll do something.

In that barrel is liquid nitrogen and in the spray cans are alcohol mousses. For this, you get to choose which flavour you like. They offered tequila and grapefruit, vodka and lime, and gin and tonic. I chose the tequila. They scooped a ball of mousse and put it into the liquid nitrogen and the product was a meringue like treat.

You have to eat this quick and in one mouth because it’s essentially deep frozen mousse. In your mouth it’ll disintegrate. 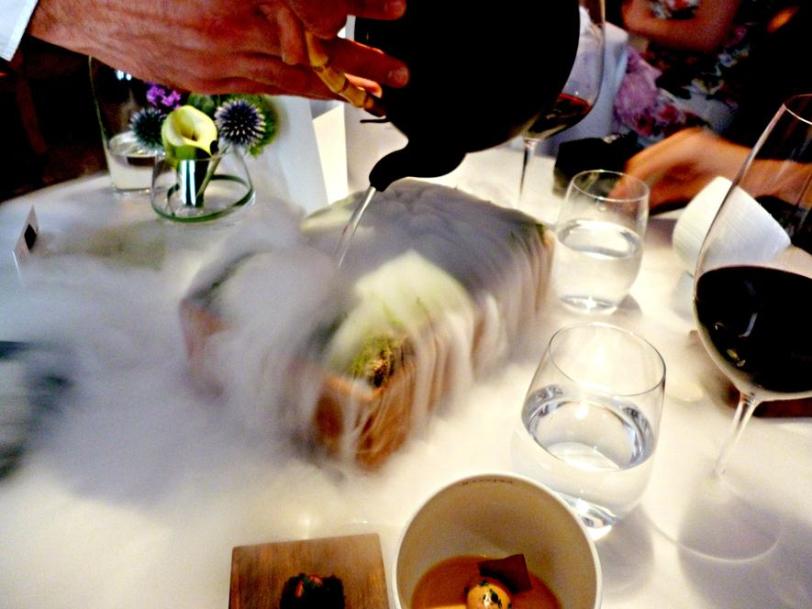 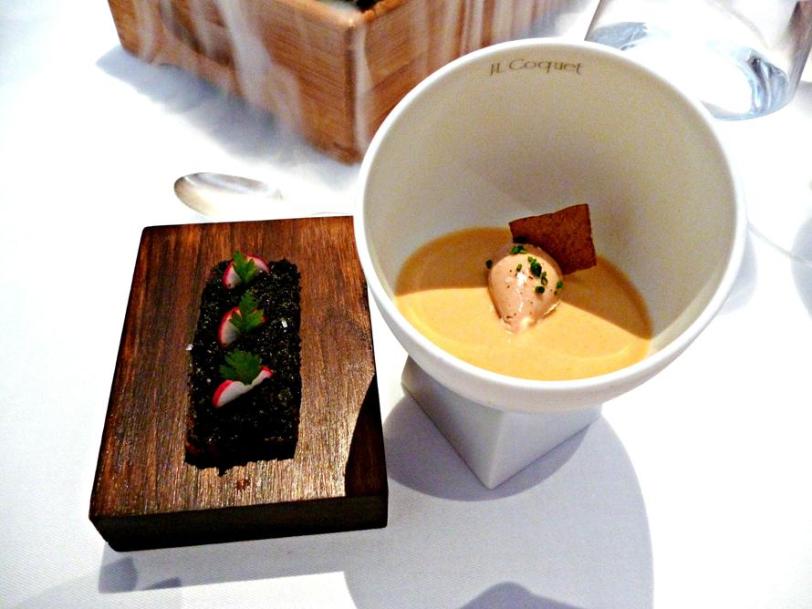 The fogged up bed of “moss” was made for you to smell the smell of oak moss, while you dig in. 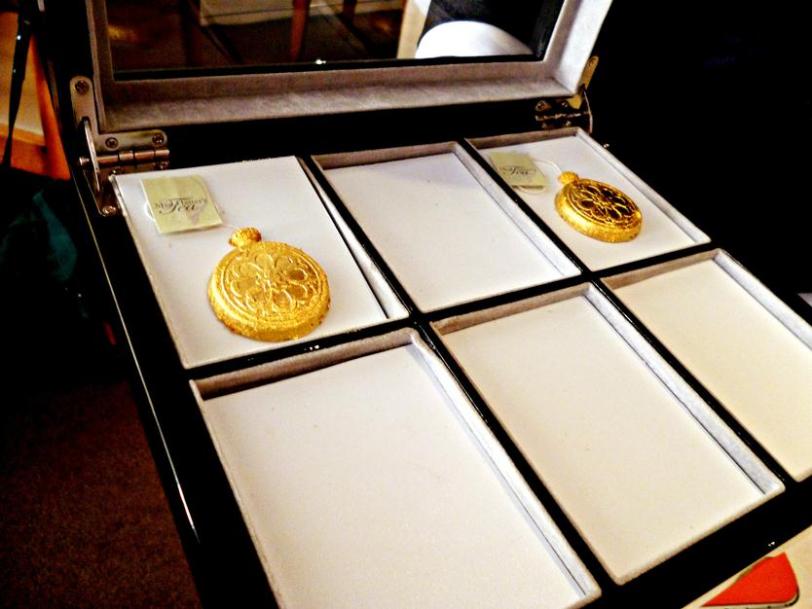 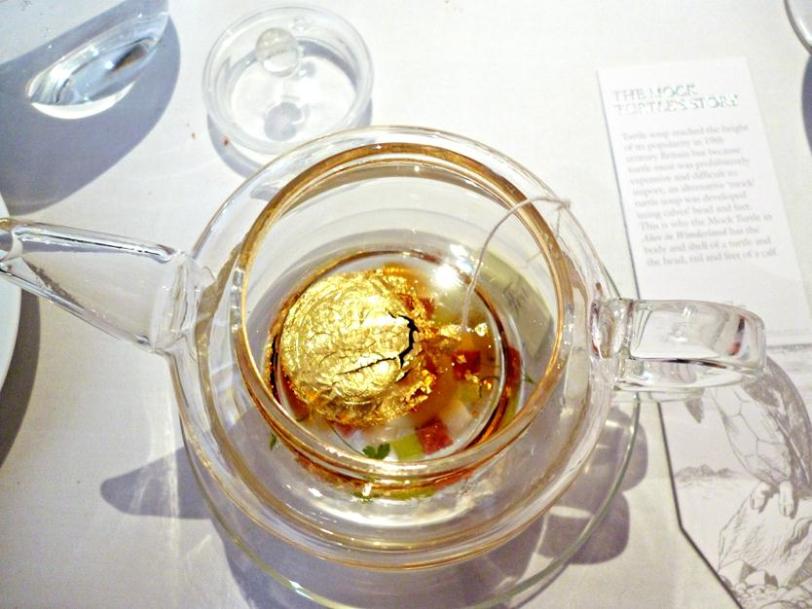 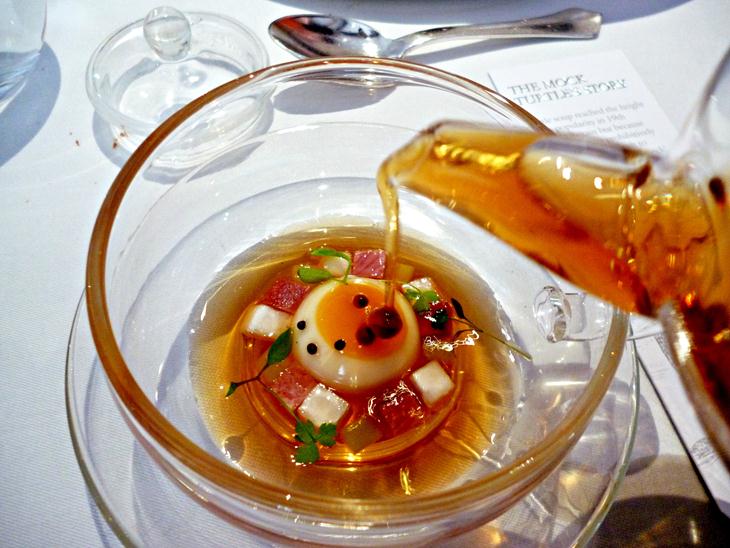 These “sandwiches” are mock too! The filling was actually another slice of bread.

“Sound of the Sea”

For this one, you got to listen to the “sound of the sea” – which was actually an iPod shuffle inside the shell, while eating. I felt as though I was eating sand! 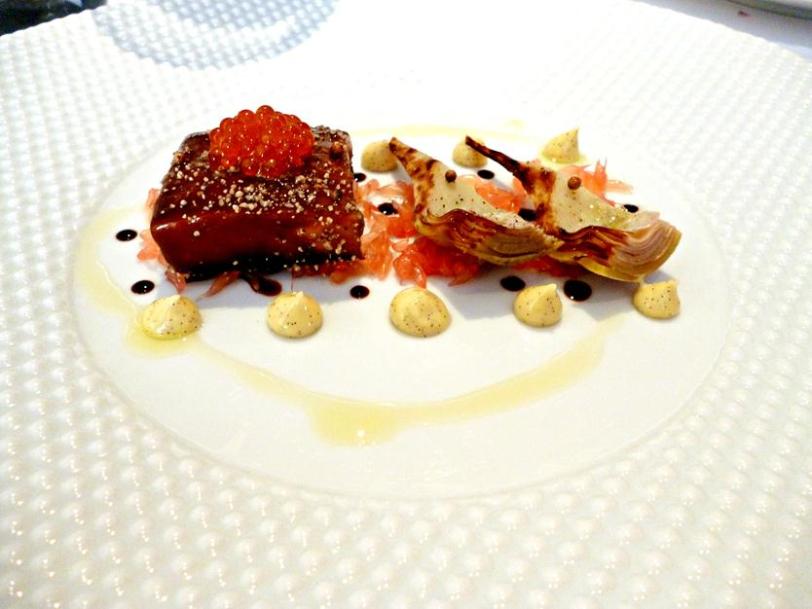 You can’t see from here but actually half the cup is iced and half is hot. I felt a different in density of the 2 sides so perhaps that’s why it was kept from mixing instantly. A very interesting experiment!

Well, this was no doubt the prettiest dish of the meal. It was just a joy looking at it and equally a joy to eat.

This is named this way because in 1726 there was a dish called Eggs in Verjus and now Heston created verjus in a mock egg shell! It looked very realistic doesn’t it? 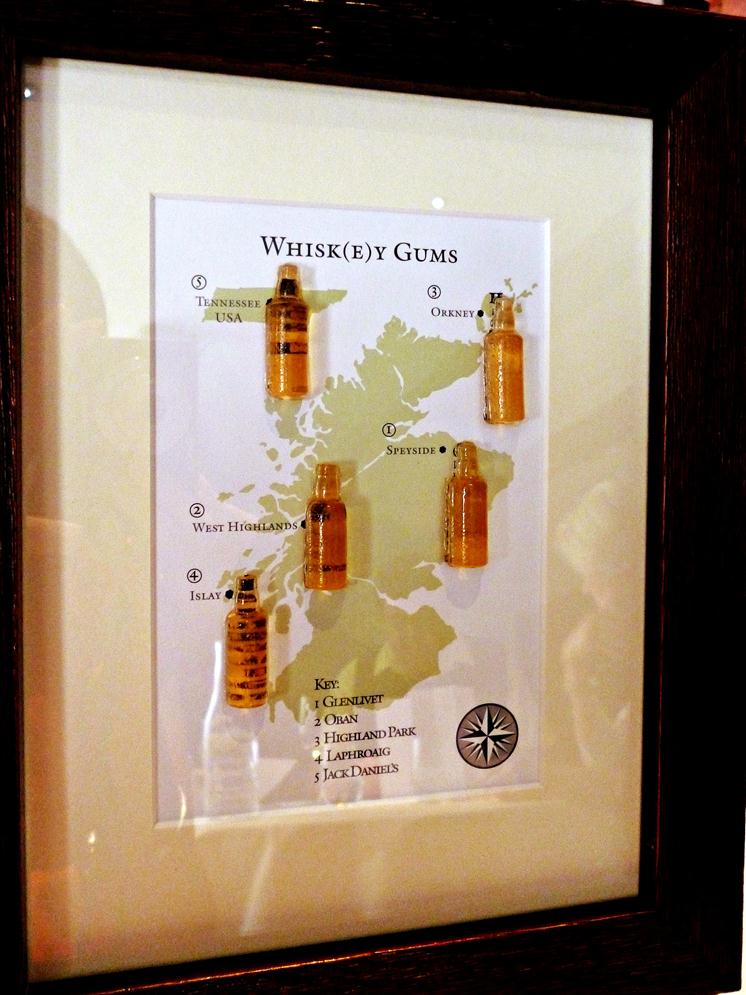 You got to eat it in the order which Key on the map instructs. It sorts of melts in your mouth as you place it on your tongue. The most unpleasant one would be Jack Daniel’s. Behind the gums on the map they would tell you more details about the whisky like how old it is.

“Liked a Kid in a Sweetshop”

And that marks the end of this meal. I highly recommend trying The Fat Duck at least once, especially if you’re already situated around UK.