Day 4 onwards in this Japan trip would be in Ibaraki (茨城), another prefecture near Narita Airport. Not many people have heard about this place, but the former name Hitachi may ring a bell. And yes, the Hitachi Company we have all heard about originates from there.

The highlights of this prefecture are somewhat different from Chiba and so was the experience. Ibaraki is known for their natural parks, pottery and perhaps even their Natto. 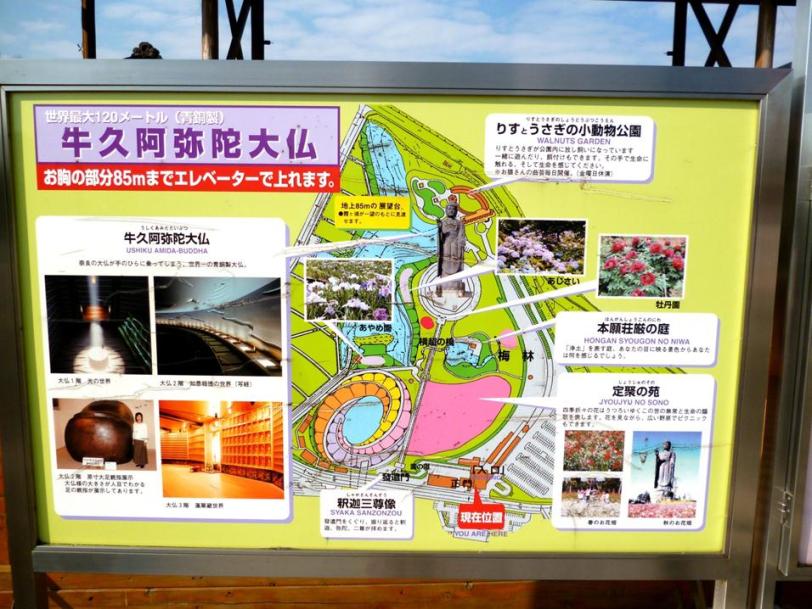 The first thing to check out at Ibaraki was the Ushiku Daibutsu (牛久大仏), the tallest bronze Amitabha Buddha statue in the world currently. It is 120m tall and you could even go inside. Prior to this I had no idea there was such a big Buddha statue in Japan. The statue is located in this park which is quite beautiful itself. 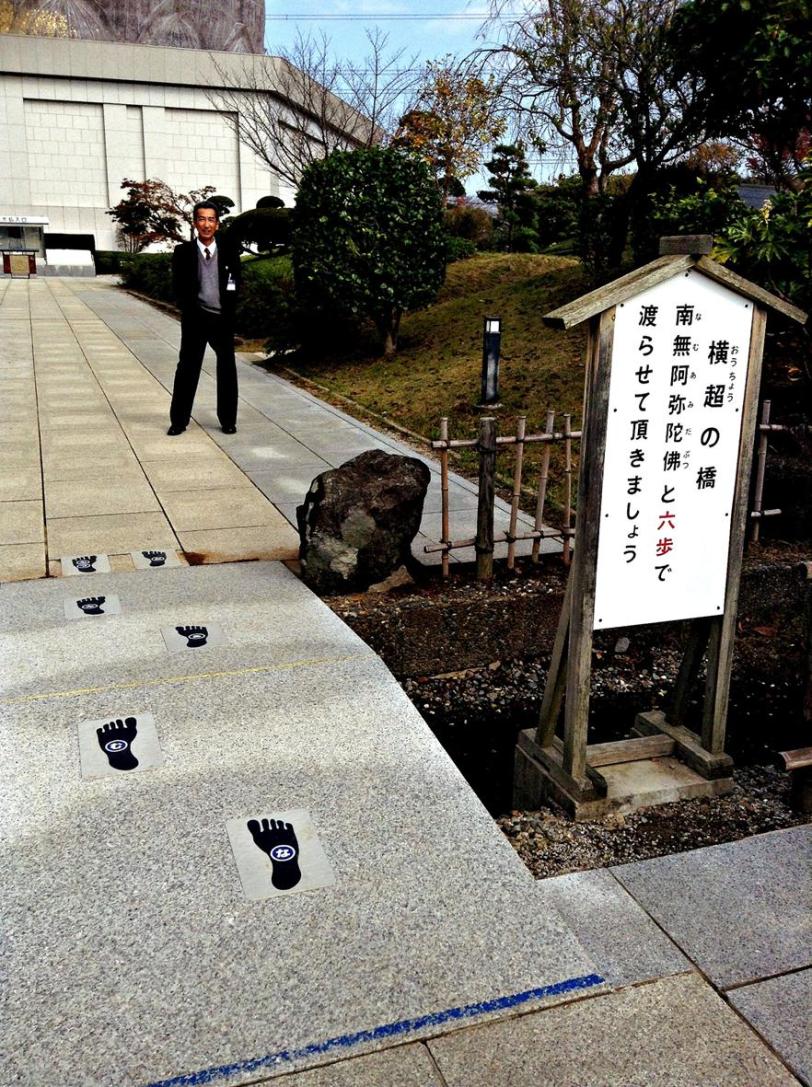 Say 南無阿弥陀仏（なむあみだぶつ） – Na Mu A Mi Da Butsu while stepping on each step walking in.

The inside of the statue is more or less like a typical temple. I do not know much about this religion therefore I am quite clueless. 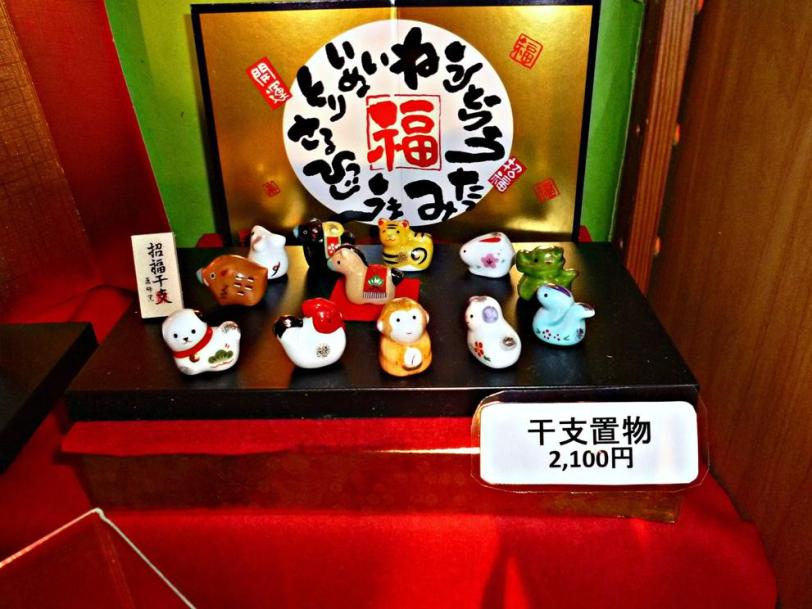 They do have a souvenir shop and the items are quite cute! I was a good tourist and bought something.

The next stop was Ami Premium Outlets, located really near to Ushiku Daibutsu. How convenient right? This premium outlet mall is rather big and the first thing that caught my eye was the Crazy Crepes booth.

I knew I had to try it after I was done with shopping.

Do go grab a copy of the coupon booklet from the information counter when you’re there because you can enjoy further discounts at most shops.

So looking at the Crazy Crepes menu, the choice was obvious. I HAD TO HAVE THAT MARON NUT MONT BLANC CREPE! Pardon my excitement because it was really, SO GOOD.

It is wonderful that this outlet mall has good food too because what can be worse than a day of shopping but having to settle for terrible food.

After about an hour of shopping, it was time for lunch at Tsukuba Ham (筑波ハム), literally a place which specializes in ham. It is a Japanese Western restaurant and Japanese Western cuisine is actually very common. 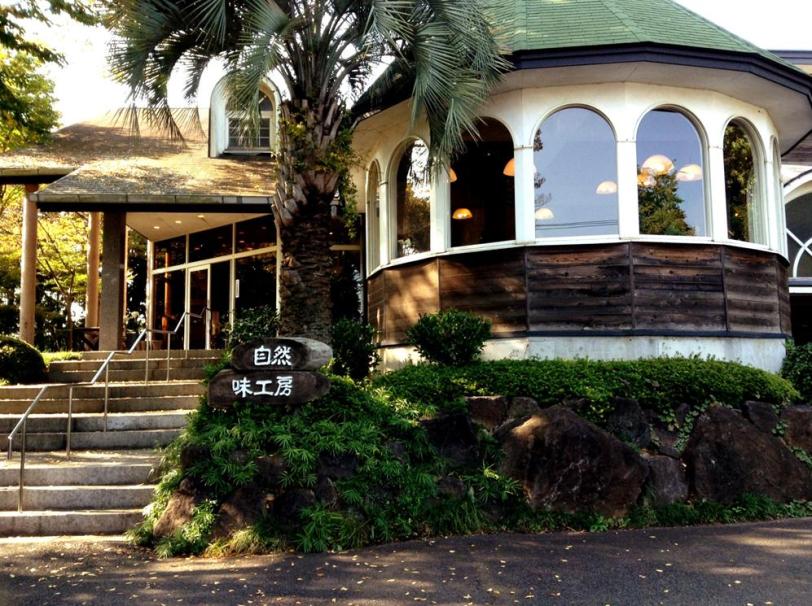 The exterior of the restaurant already looks pretty westernized.

They do sell meat here too! Spot the Cha Shu that can be used for cooking ramen. 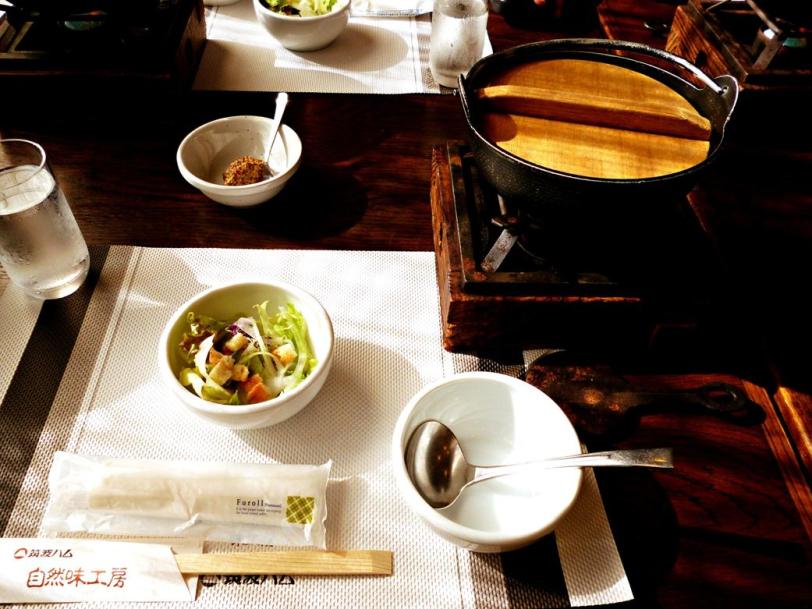 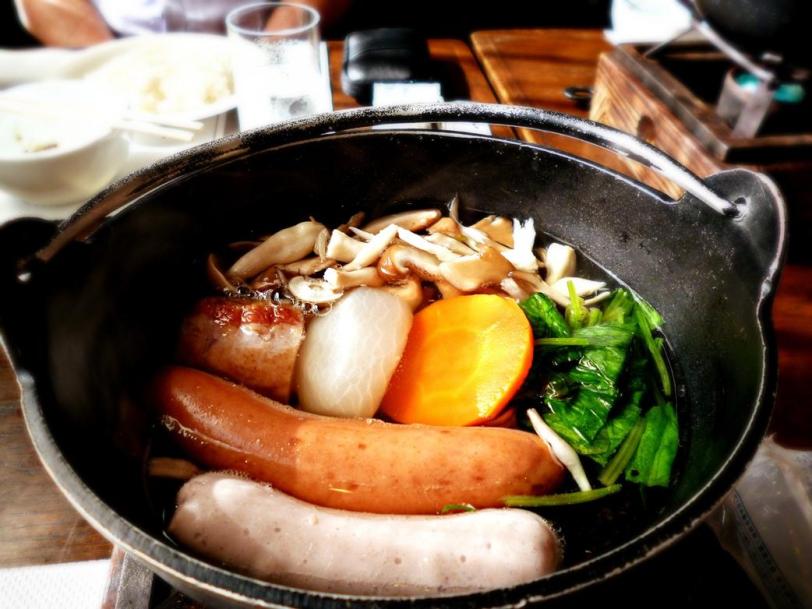 My lunch consisted of a salad and a hotpot of mushroom, vegetables, bacon and sausages. It was simple but satisfying, especially for cold seasons like now.

The entire restaurant was pretty packed for lunch so I reckon this is quite a popular place.

After lunch I went to JAXA (Japan Aerospace Exploration Agency) for the museum. Aerospace research is quite prominent in Japan and they do have several agencies around. The Tsukuba Space Center has an exhibition hall to let the public learn more about their space research and history.

This is a part of the bottom of the rocket.

And this is what it would look like to be inside a rocket.

I read on the news recently that celebrities like Justin Bieber and Rihanna are paying US$250000 to go to space next year! Well, at least at Tsubuka Space Center I got to know what it looks like being in a rocket without paying that amount. 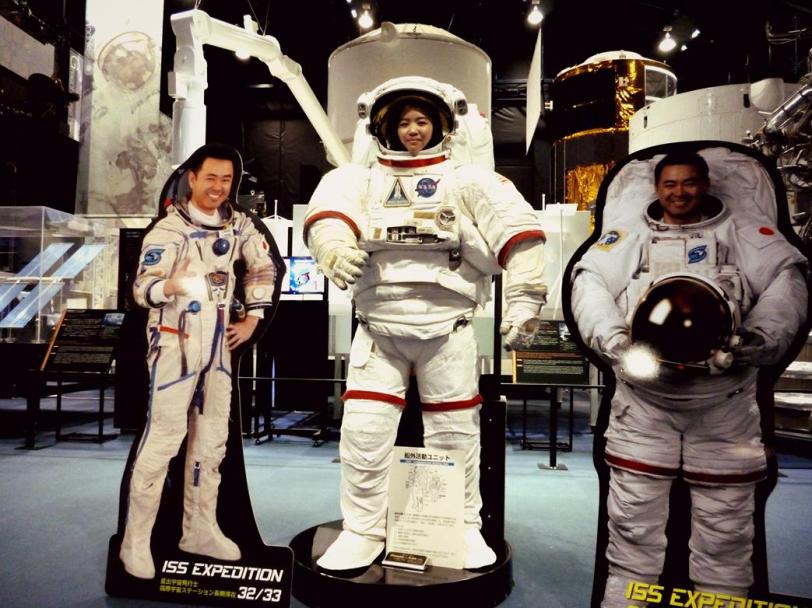 I even got to wear a space suit… sort of. I always wanted to be an astronaut when I was a child.

After seeing such advanced technology at JAXA, the next place was back to nature.

Mount Tsukuba (筑波山) is one of the famous mountains of Japan, particularly well known for its double peaks known as the Nyotai-san (877 m) and Nantai-san (871 m).

We took the ropeway up which was a good 6 minutes. The alternative mode of transport up is the cable car at another end. You can take 2 way on either or mix and match. The fares vary of course. If you are feeling athletic, you can even climb up yourself! I reckon it would take about 2 hours.

It is also a good idea to take it when it’s dark because you’ll get to see the beautiful night view of the Kanto region. Prominent structures like Sky Tree in Tokyo can be seen when it’s clear.

The ride was quite a good one because this mountain is big and beautiful.

After getting off, you can walk around the area to the other side for the cable car ride down, or you could head back down via the same ropeway.

A word of caution though – the steps are mostly natural rocks and it can get slippery at times so make sure your shoes are good enough. However, I did see some super Japanese women wearing high heels so I guess it depends on whether or not you have super powers.

It took a while to walk to the other end for the cable car ride. The walk was physically exhausting but I welcomed the exercise because I was obviously eating too much on this trip! The cool weather made the trekking very bearable and enjoyable. 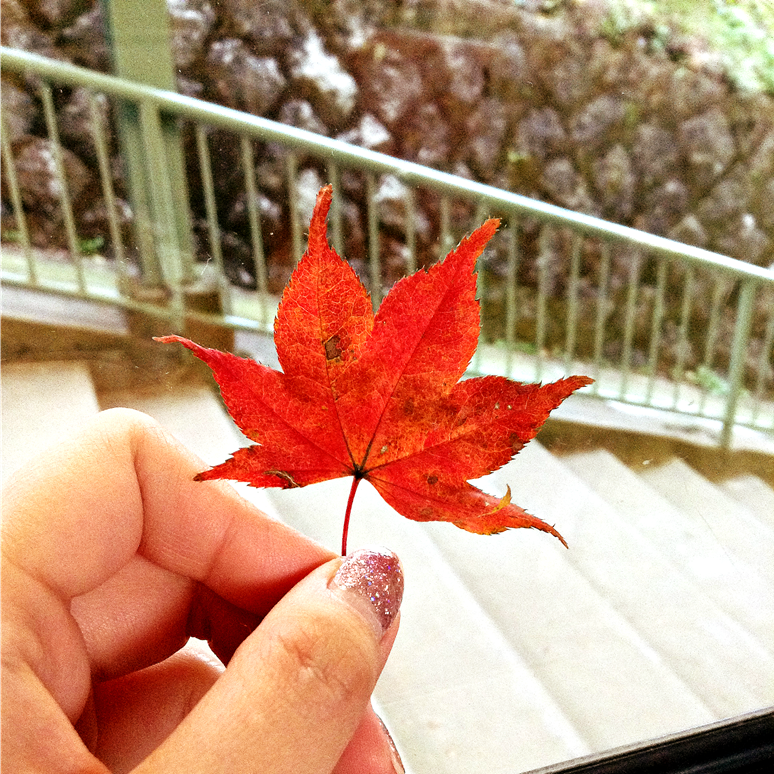 Picked up a beautiful maple leaf along the way! I preferred the ropeway to the cable car because you can’t really see much from the cable car. The 8 minute cable car ride is like a tram ride which has tracks on the slope of the mountain instead of being suspended.

After getting out of the cable car, you would see a Shinto Shrine. 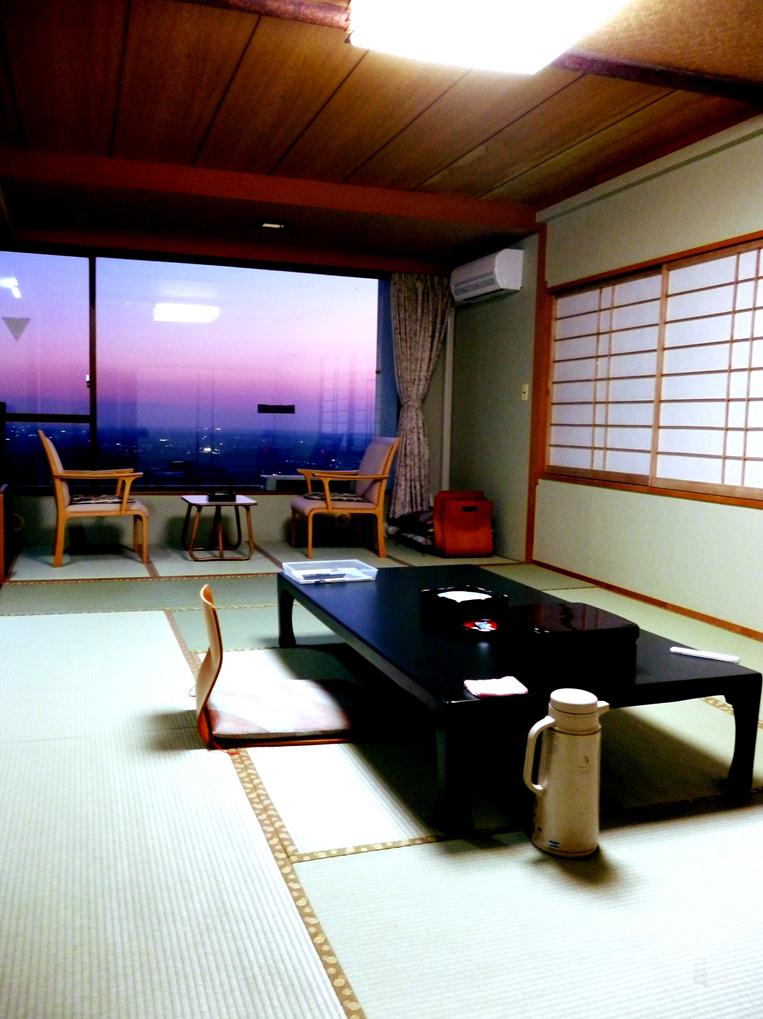 Within walking distance from the cable car station is Aokiya, the ryokan which I spent the night in. As the ryokan is located somewhere high up on the mountain, the view was BEAUTIFUL. 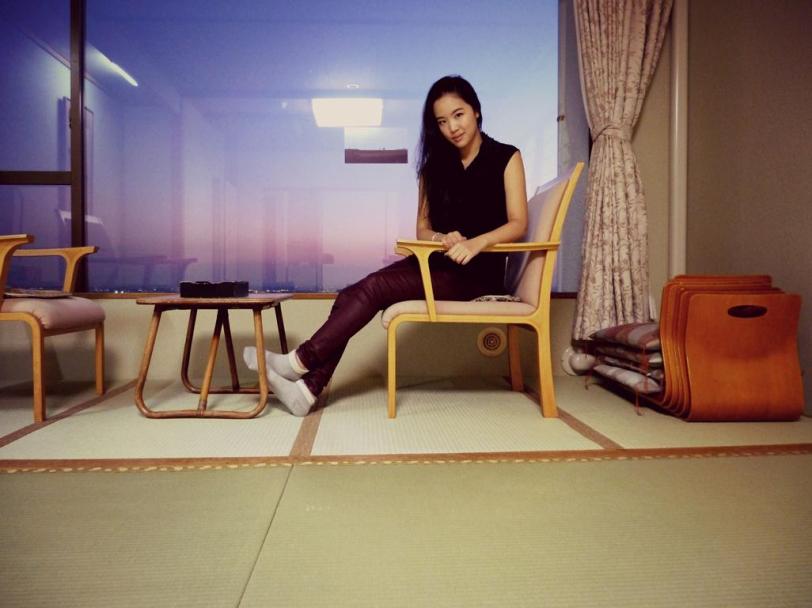 Thankfully, got to witness the sunset from my room because it was amazing. The windows were big and perfect. The view was unblocked panoramic. It was also beautiful when the sky turned dark because of the distant tiny lights. This faces Tokyo. It was so beautiful that I went to sleep with the curtains open – not something I usually do.

I think the view is the best feature of this ryokan! I am a sucker for good panoramic views and this was a great one.

As usual, there is also hot spring in this ryokan. Even if you do not wish to stay the night, it could be a good idea to go for a day spa in the onsen after trekking at Tsukuba San! You would also get the panoramic view from the onsen. 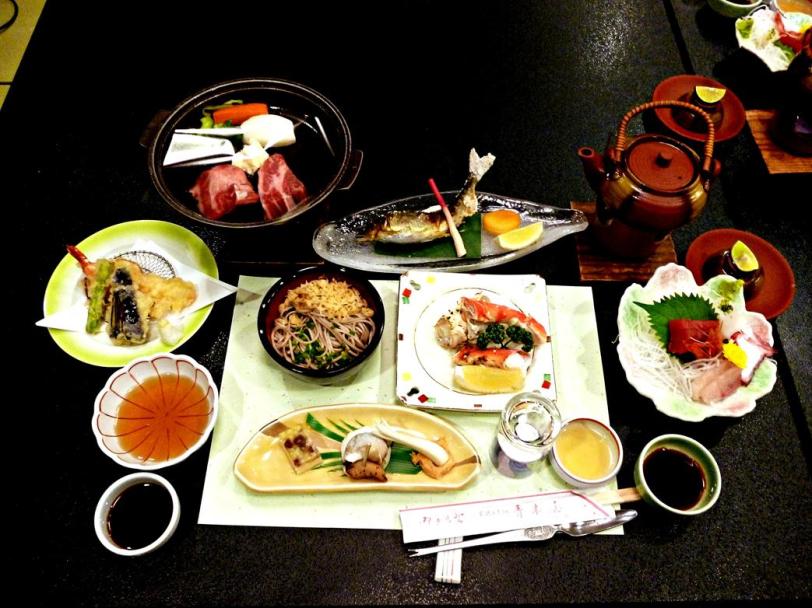 As usual, dinner was served kaiseki style and I loved it. 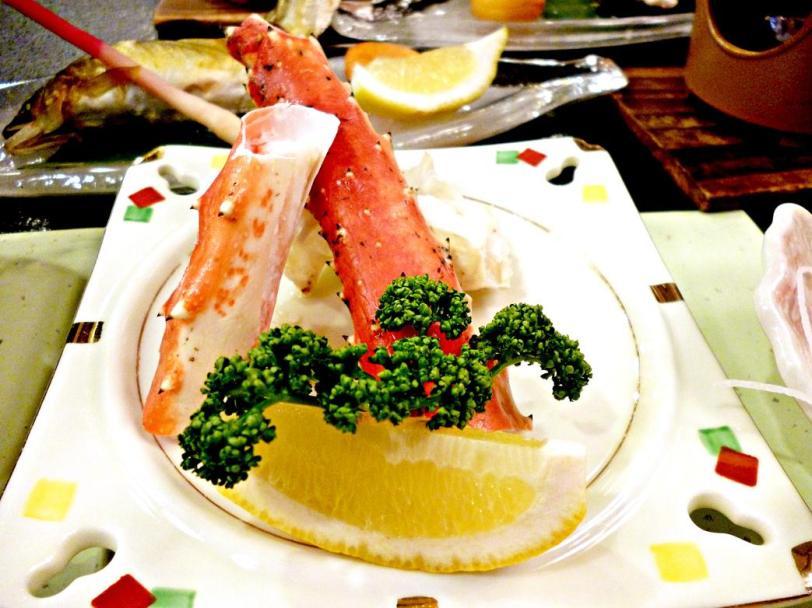 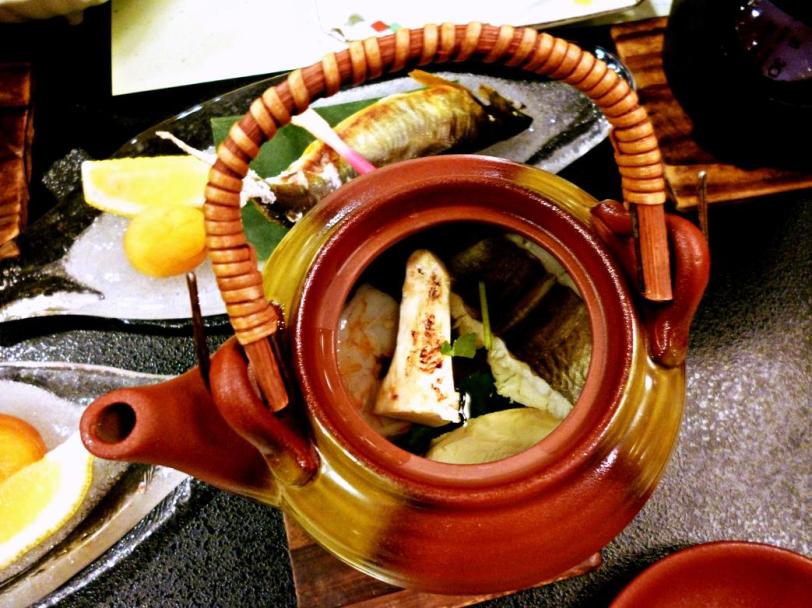 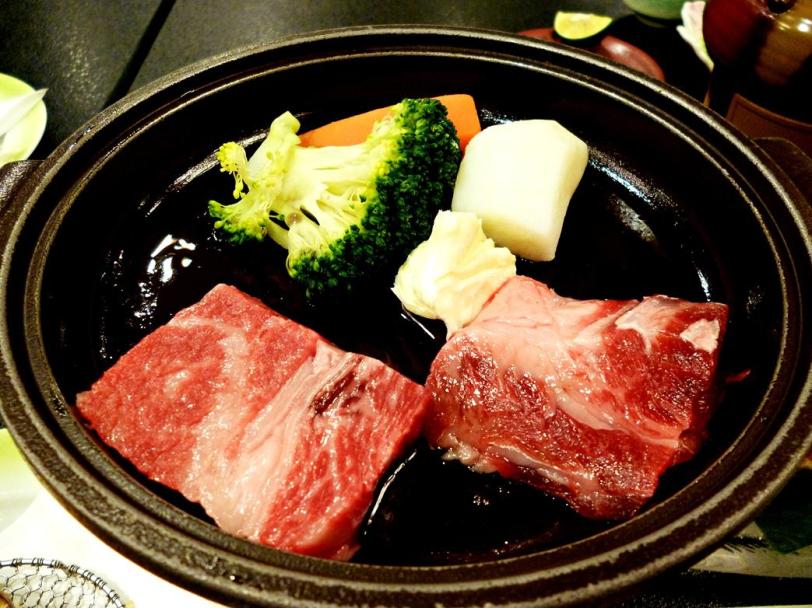 Generally, the cooking style here was more traditional than adventurous in my opinion. It was a very filling and satisfying dinner! 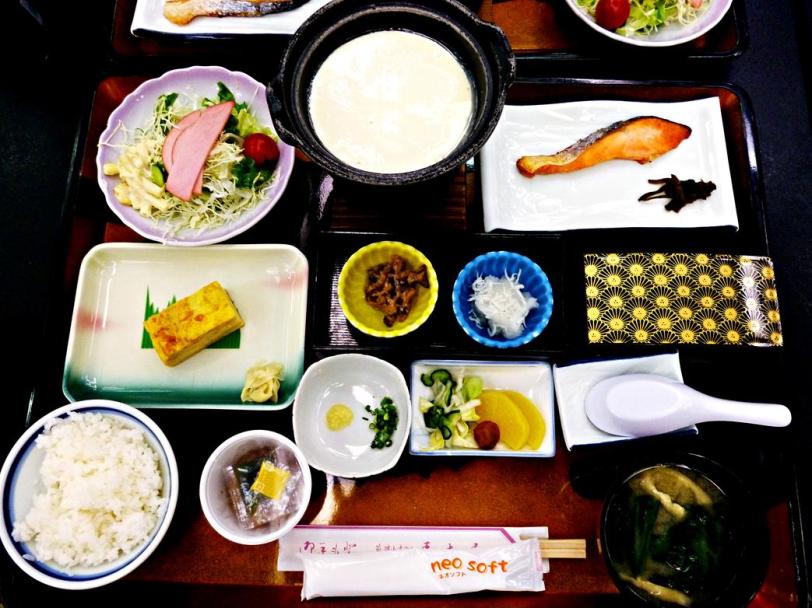 Instead of buffet, the breakfast they serve here are as a set. It was very filling, so no worries. They also served natto (fermented soy beans) as part of the set – a local speciality. It was my first time trying natto and honestly I have yet to acquire the taste. It can be eaten as a topping for the rice.