To be honest, Vietnamese is not my preferred cuisine and I’ve only tried 2 other establishments – one really good and one really bad.

I started off with the best (according to online raves and word of mouth) and refused to experiment with other establishments until I had no choice one day and finally tasted what terrible pho was like at a restaurant in Marina Square – making me even more convinced that Long Phung was really the best. It doesn’t help that Long Phung’s menu was priced much cheaper than any other Vietnamese restaurants I’ve checked out.

I was having a lunch time yoga class at Telok Ayer and since Pho 99 was just across the road, I decided to give it a try because some say its better.

The first thing I noticed about this place was how limited the menu was. This is a doubled edged sword – you get fewer options, but get improved efficiency. I guess fewer options aren’t much of a drawback since most people would aim straight for a bowl of noodles anyway. That was the case for me, at least. The food was served in less than 5 minutes upon ordering and I suppose such efficiency is only possible when you have limited items on the menu. This is also essential to serve the lunchtime CBD crowd and I was happy to not have to queue or wait to be seated because the turnover was fast. Waiting is not fun or romantic when you are alone, hungry, don’t have a lot of time to spare and it’s 50 degrees Celsius outside. Long Phung on the other hand has never ending queues outside the eatery even close to closing hours.

The next thing I noticed about the menu was the higher price. Now I might be biased because I am used to Pho being $6.50 ($6 in the past) and I did feel a bit “cheated” when I had to pay $8.50 for a bowl intially. 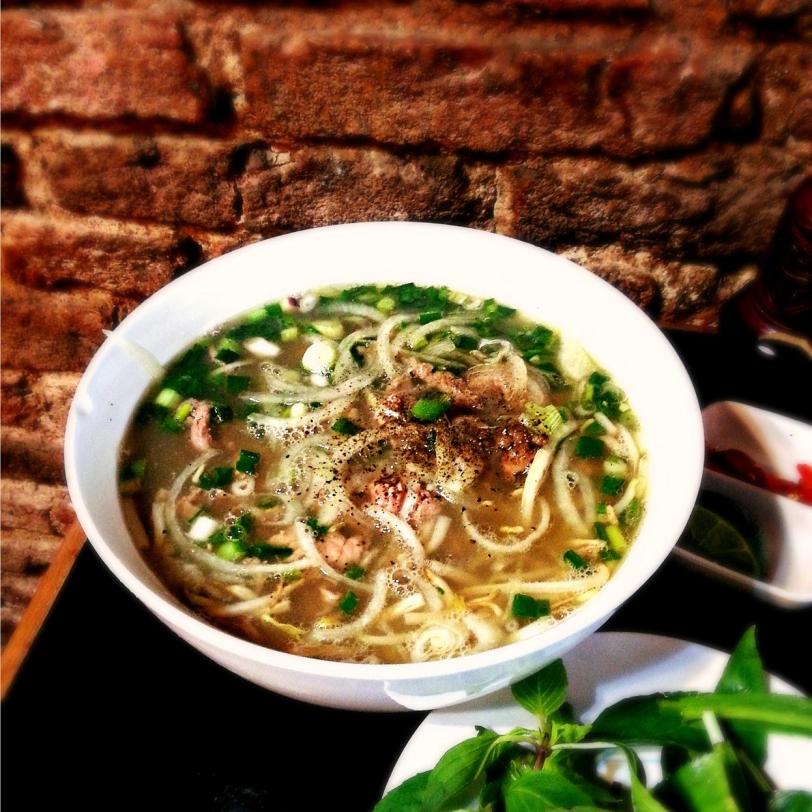 However, the portion seemed bigger and the beef was given generously so that probably justifies the price. The beef was very fresh and that is not to be taken for granted! (The worst pho I ever had was filled with stale tasting beef and I think that was why I labelled it as the worst.) The soup was quite tasty but lacked character in the sense that it isn’t exactly very memorable. Overall it is not bad but ranked second (but close!) to Long Phung. 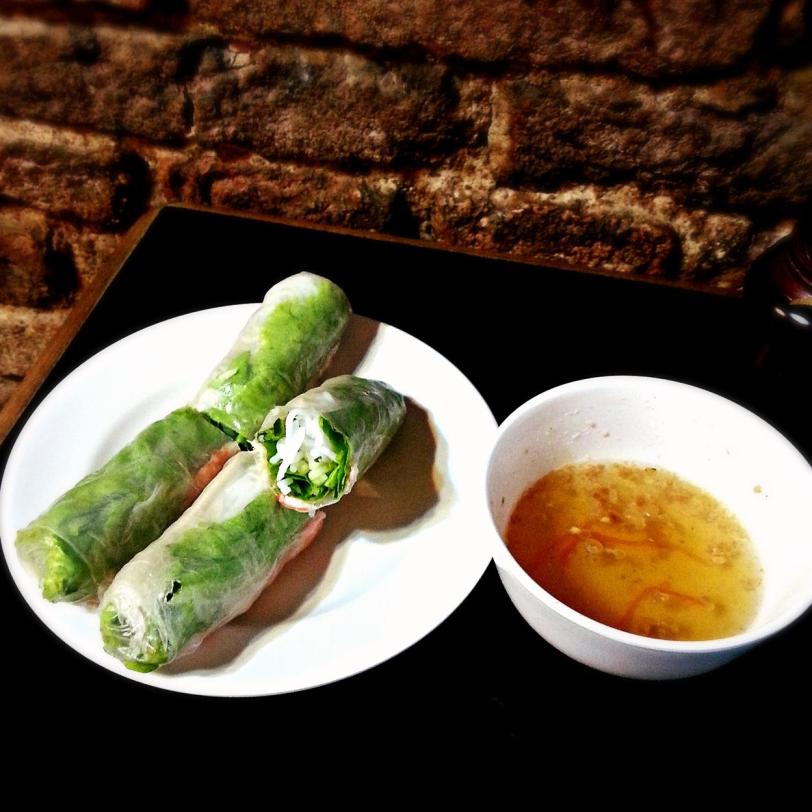 Not bad! I suppose this was freshly wrapped because there was no stale smell (which I experienced at the 2 other places). I like this dipping sauce as compared to sweet sauce. The meat inside was tough to bite, however.

Yes, I ate everything by myself and I could finish everything, so one bowl of noodles and two spring rolls is just right for one hungry person (post yoga, I must add). In fact, I wasn’t full to the brim when I left. I suppose Vietnamese food is generally light and full of vegetables so the seemingly big portion isn’t exactly very heavy.

Overall: Based on my gut feeling (due to limited exposure to Vietnamese food), I think this is one of the best around already and probably the best in the CBD. Worth a try if you’re nearby.