I actually planned my first meal in Paris to be at a traditional French bistro, but some hiccups happened and I couldn’t make it in time before the last order for lunch service. Most restaurants do not have all day dining but luckily there’s Breizh Café! This place is known to serve French crêpe but with some Japanese influence probably,  because I noticed that they had Japanese staff and they have an outlet in Tokyo as well.

During my previous trip to Paris I went to another famous crêperie and it was located at Rue du Montparnasse. I found out that Rue de Montparnasse was the unofficial crêpe street with crepêries filling the entire street. However, Breizh Café was not located anywhere near there. 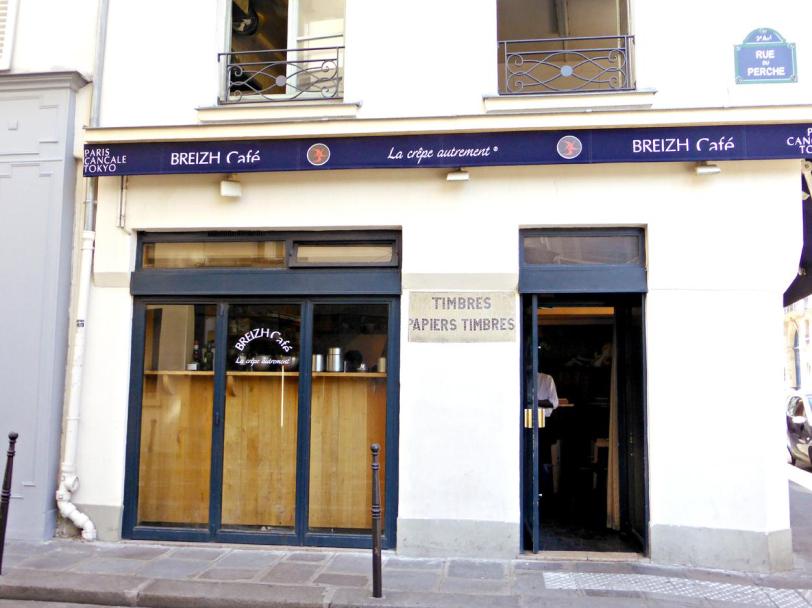 Aside from the regular menu, they do have some daily/ seasonal specials too. I do not know French language but is able to pick out keywords, mostly food related, and understanding the French menu wasn’t as tough as I imagined. I knew I had to get the “Carrément Marron”! 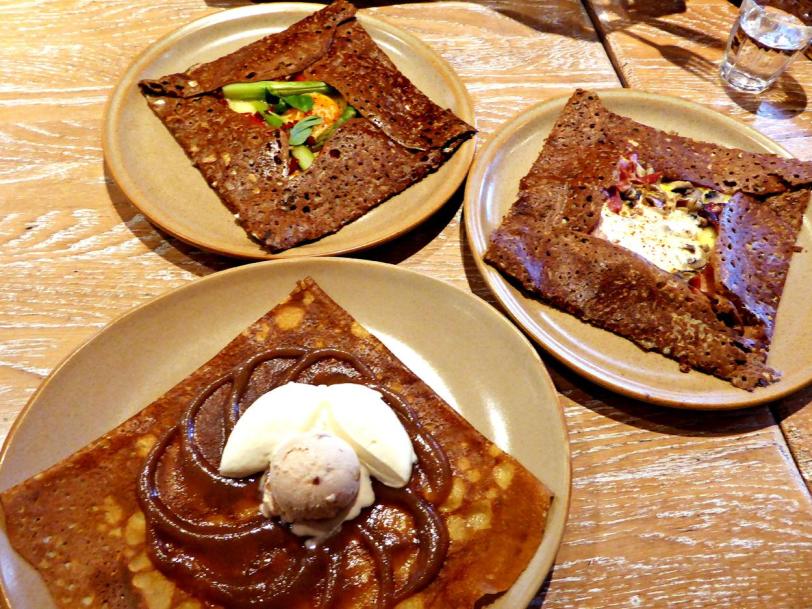 The top two are savoury crêpes while the bottom one was sweet. Note that the crêpe itself isn’t the same, and is made with a different batter perhaps. Those who have never seen savoury crêpes before may have a misconception that they’re going to use the same type of crêpe as those they normally have with ice cream and stuff but to debunk the myth – no. The crêpes from the savoury creations did not have a sweet batter and the texture was slightly crispy and more oily. The sweet crêpe was like the crêpes we have around more commonly in Singapore – soft and eggy.

This choice is good if you like your vegetables.

This is better for a person who dislikes vegetables and prefer something richer and oilier.

I personally liked both flavours and it is good to have a bit of each. The crispy texture of the crêpe complimented the fillings well. 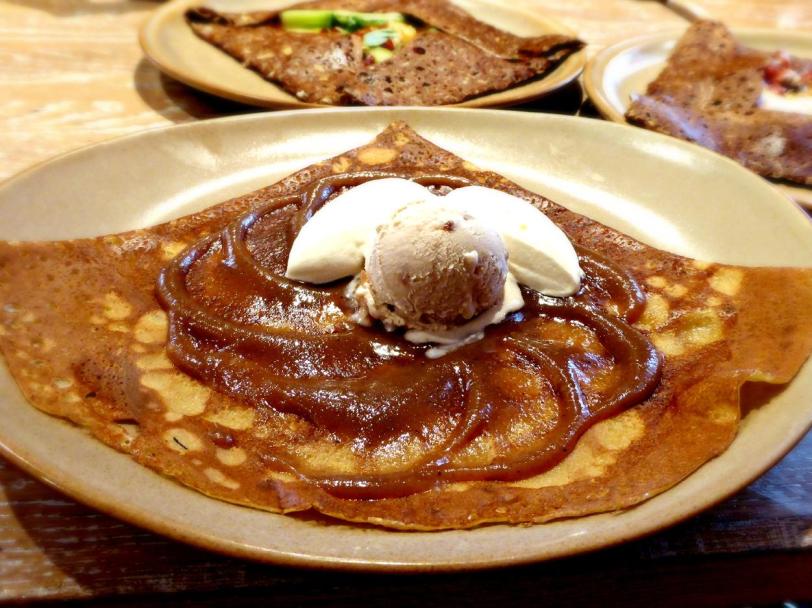 I easily understood that it meant chestnut cream, chestnut ice cream and whipped cream. Everything I love is in this creation and It was so good. I’m not sure how available this flavour would be since it’s on the specials menu, but if you see it do order it!