This night market is probably the most iconic and best attraction of Taichung. In fact, this could be the best night market in Taiwan. I’ve been to some of Taipei’s night markets including the famous Shih Lin night market but my experience there wasn’t the most pleasant. It was squeezy and hot and not very enjoyable.

However, Fengjia is not really anything like that. The shops are placed in a more orderly fashion and it was a lot less chaotic and squeezy. This could be attributed to the bigger area dedicated to the night market – in Taipei land is scarcer thus everything has to be more compact.

Fengjia is a very big night market with many retail shops (mostly fashion) and street food. Most of the retail shops are located in real shop units rather than make shift booths, so shopping is rather comfortable with air conditioning when the weather’s hot and shelter when it’s raining. I did not buy any fashion items because it didn’t interest me as much as the food did.

I did not go back empty handed however. From Cosmed (located at the junction of Feng Chia Road and Fuxing Road) I scored one year’s supply of My Beauty Diary face masks! Cosmed can be found everywhere however, not just at Fengjia night market. 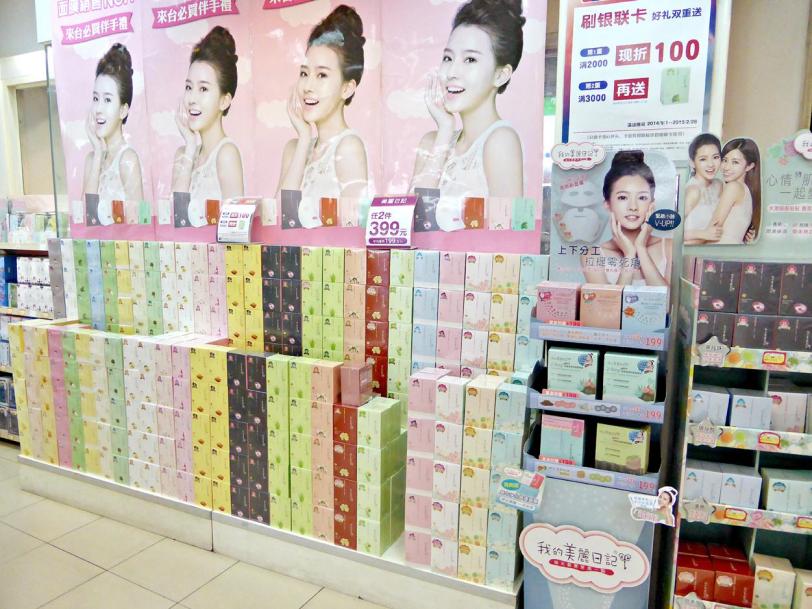 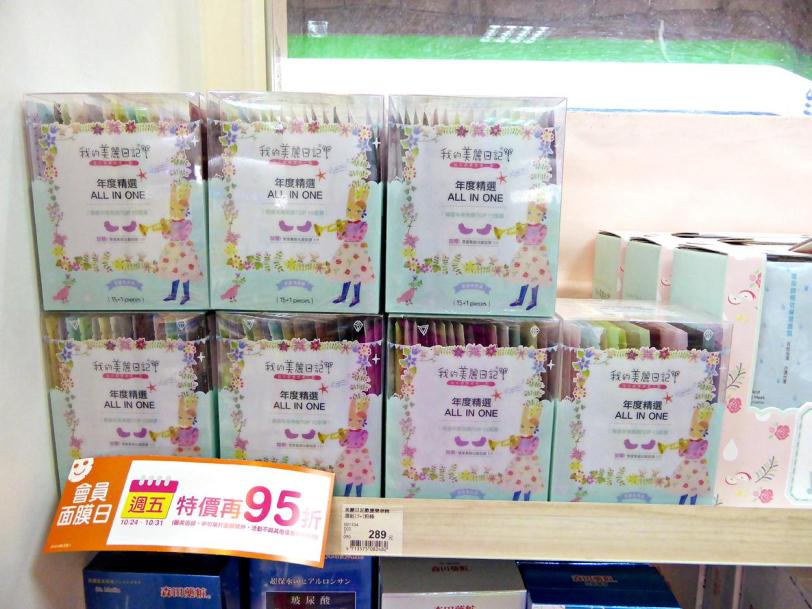 I have been using this brand for more than 6 years and I still swear by it. It is so affordable and good. I rarely stay loyal to any product for the record, so this is really a good every mask. It is available in Singapore too, but for almost double the price. This brand of masks can also be found at 7 Eleven, but with less variety in stock.

The first stall I checked out was大甲芋頭城, a shop specializing in taro. 大甲 is a town near Taichung city and they have the best taro. There are several stalls in Feng Chia night market selling taro desserts but this one is said to be the best.

This is their signature dessert – assorted chewy balls. They have a cold version of this too. There were taro balls, sweet potato balls, tapioca perarls, red beans and the real yam in this. You’ll never find anything like this for less than S$2 in Singapore, and definitely nothing near in taste. The balls were chewy and flavourful and as a lover of chewy things like mochi, of course I loved it. However, I found myself liking the yam even more. It was just good old yam, probably steamed or boiled to soften, but it was done to the perfect soft texture making it delightful to savour. Perhaps it’s true that the yam from大甲 is superior. The closest we can find in Singapore is Blackball Dessert but I feel it’s only half as good as 大甲芋頭城 and costs triple. 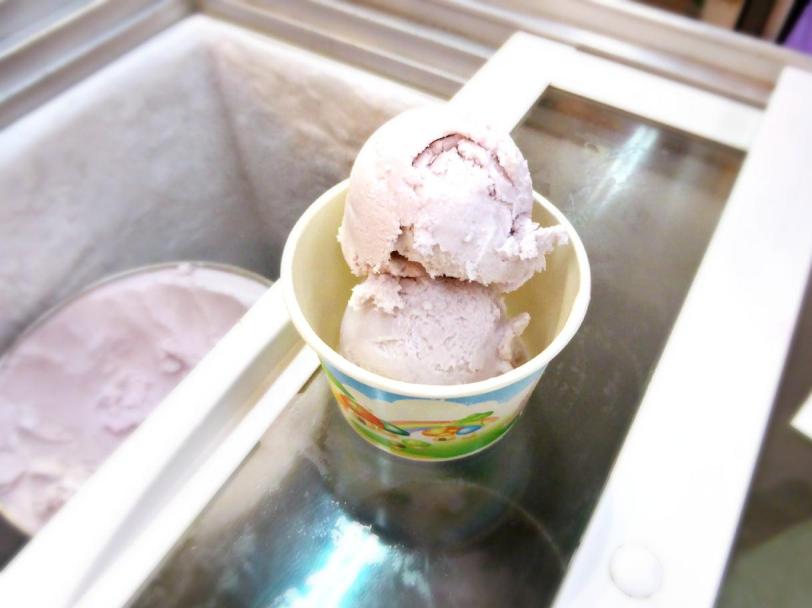 I love taro ice cream and the yam flavor from Swenson’s could be the best flavor from all their ice cream flavours. As anticipated, the taro flavor from this shop is even better. It wasn’t too sweet and the yam taste was not too strong and disgusting (I am not one who loves yam actually, but I like yam when done properly). However, the texture of the ice cream was choppy and not creamy. I am not complaining though. This is less than S$2 and the taste is so good.

This one is like cold taro milk with finely blended ice bits and sago. It is to be drunk with a straw. The taro flavor was nice and sweet and the sago gave it a more interesting texture when drank with the straw. 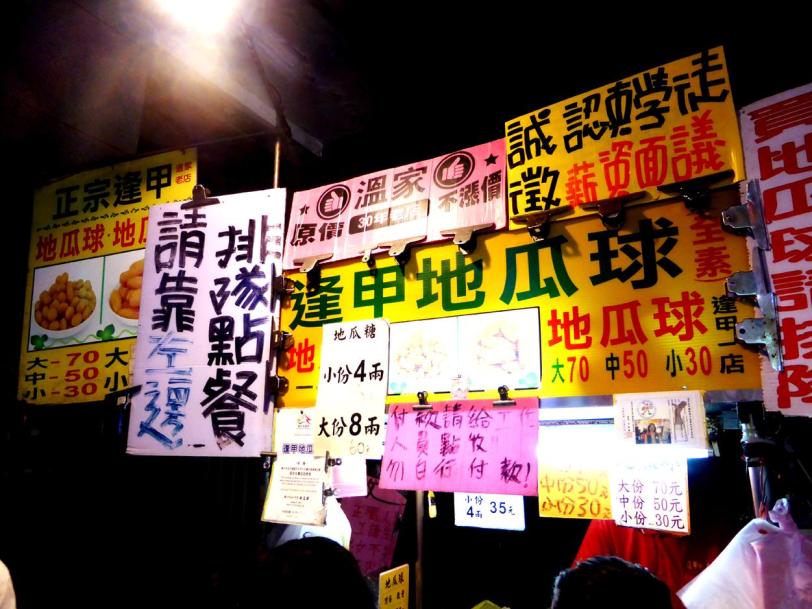 The next stall which personally loved is this stall selling fried sweet potato balls. This particular stall is located towards the right of the intersection of Feng Chia Road and Wen Hua Road, near the university. It is quite easy to spot and there’ll be a line for this. 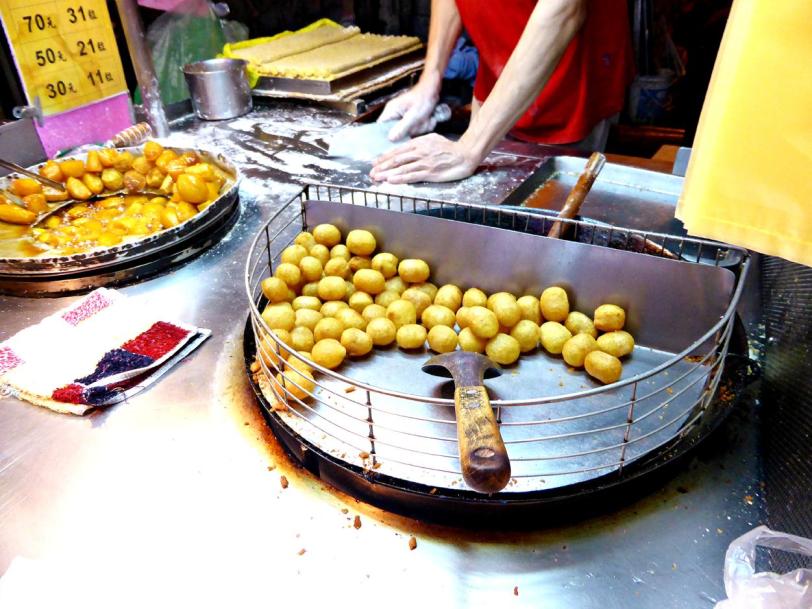 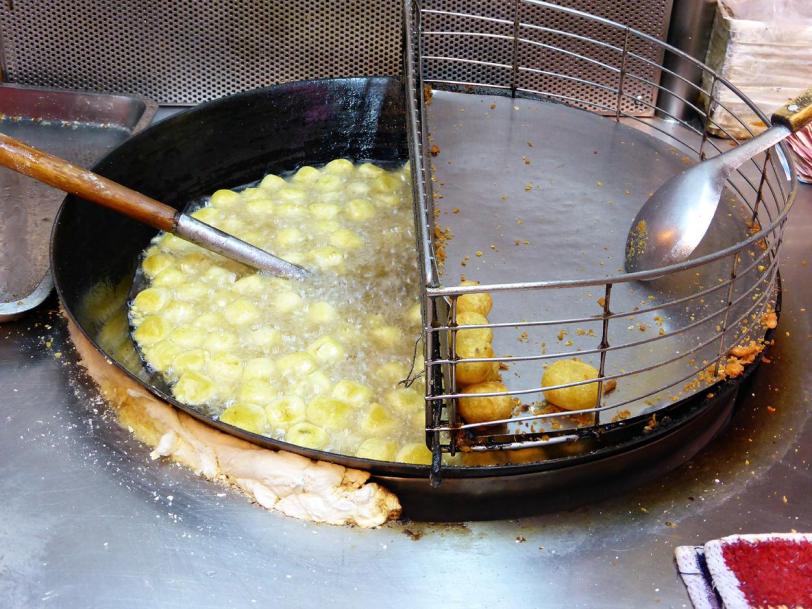 The key to why this is so good is because it’s freshly fried due to high turnover! The balls are chewy inside with no fillings. There’s a stall in Maxwell Food Center which sells something similar but bigger and I guess that’s the closest we can find in Singapore.

There’s another stall selling this too but it wasn’t as fresh due to lower turnover rate. Still, it was chewy and I did like it, just not as much as a warm/hot version.

Papaya milk is synonymous to Taiwan just like how Pearl Milk Tea is but I never understood the hype because I didn’t try it the previous time I was in Taiwan, 5 years ago. I happened to find a stall selling papaya milk along Fu Xing Road and they stated that they were featured on the food show食尚玩家. I gave it a try because I was thirsty and was so pleased at how good it tasted! In fact, I returned for another cup. The cup was large and I requested for ice to be removed, which comes at no additional costs. (Most fruit juice stalls in Singapore charge extra if you don’t want ice) There are probably better stalls around but this one was good enough for me. I don’t know whether the credit goes to the papaya, the milk, or both, but the result was very creamy and sweet. 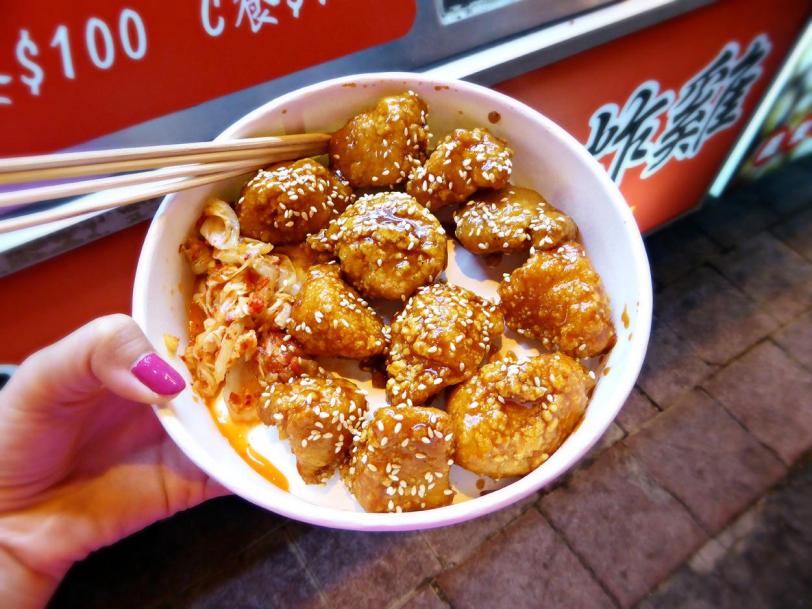 They have wings or boneless chicken morsels and for ease of eating I opted for the latter. I might have regretted this choice because fried chicken tastes better with skin on generally. You can choose between spicy or original for the sauce, or both if you can’t decide. Honestly, I did not think this was fantastic and 4 Fingers was more satisfying.

I guess the only area which Feng Chia loses to Shih Lin is the lack of Shih Lin XXL fried chicken! However, I can understand that each night market must have their own exclusive specialty to stay competitive. 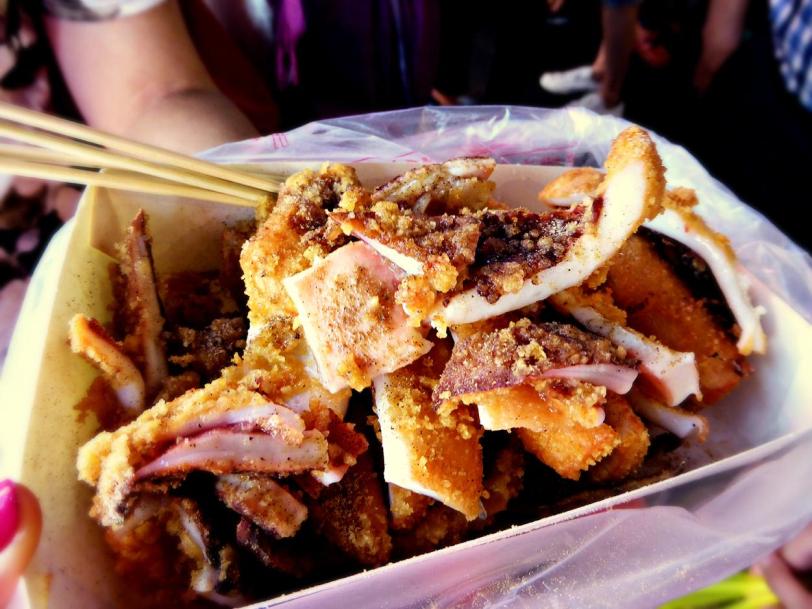 There are a lot more items which I didn’t get to try because the amount of food was overwhelming and I can’t possibly try everything. This means that I must return to Taichung again for another around.