I had 4 nights in San Francisco and they sure didn’t turn out as planned. I had food poisoning the moment I arrived so basically all food plans had to be cancelled. No food means nothing much to update this space with 😦

This was the area I chose to stay in for this trip, because it was the most convenient. I got to where I needed via foot most of the time, and sometimes buses or the streetcar. 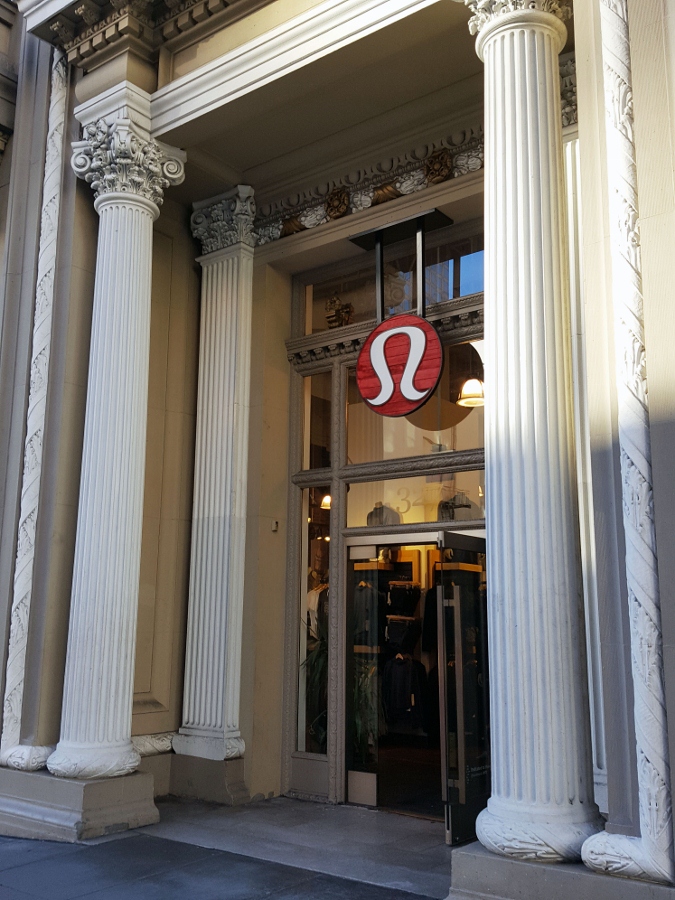 I booked a boutique Union Square hotel  – Mystic Hotel by Charlie Palmer, for a really good rate of around S$150 after taxes per night on Agoda and it includes breakfast. It was just a street away from the nearest Lululemon store!

Sightings at CVS. I did not have a kitchenette in my room so can’t have it now.

One of my favourite makeup brands, Benefit, is from San Francisco.

Random lobster roll from Westfield San Francisco Centre. Tried a bit and it was nothing like Luke’s in New York. I suppose I shouldn’t expect good lobster rolls in the West Coast.

I love how they pack their vegetables at Whole Foods Market.

Anyway, my main agenda for this city was to attend the Yoga Journal Live! conference which was held on the days I was here. It  was held in Hyatt Regency San Francisco and it’s a 15 minutes walk from Union Square, right next to Ferry Plaza.

I didn’t buy conference tickets (on hindsight, I wouldn’t be able to attend lessons anyway since I was down with food poisoning) so I only attended the free community classes. I went for 3 classes and they were great!

Checked out the Ferry Plaza Farmer’s Market before class one day. 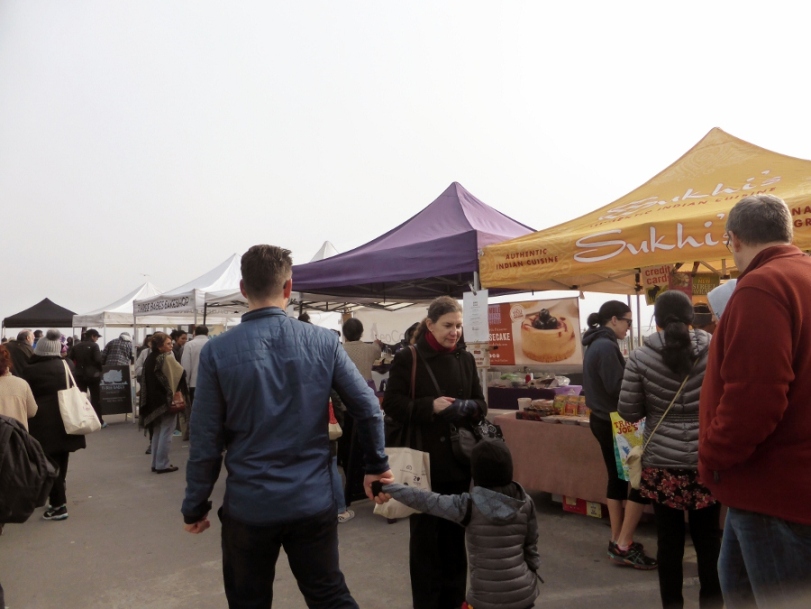 It was chilly cold in the morning, so I didn’t really bother with browsing. Plus, I couldn’t eat much due to food poisoning. But I would say that I’m not impressed by the selection. It didn’t really seem super appealing, nothing shouts “MUST TRY”. 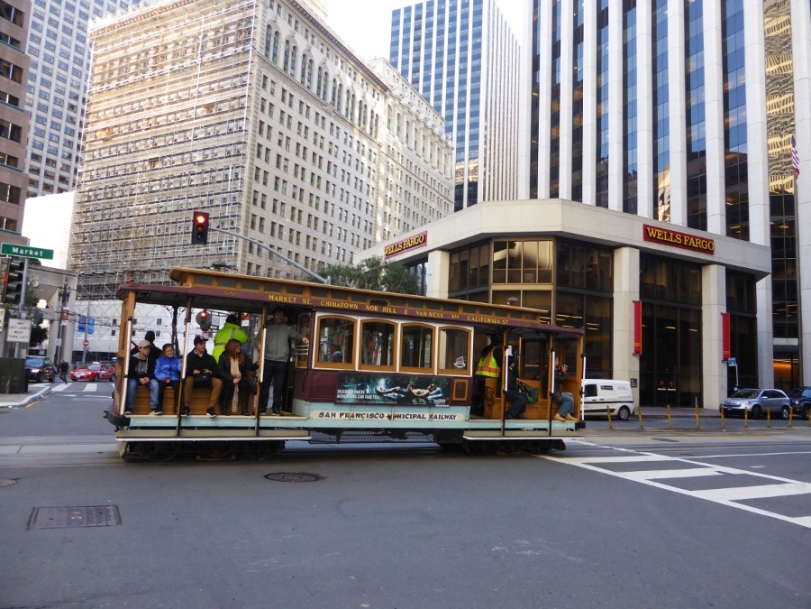 If you want a cable car experience, you can take a route which goes down Market Street which will terminate Drumm Street, but the fares are really not worth it. I’ll elaborate more later.

This is somewhere that every tourist in San Francisco would check out. It’s basically a whole stretch by a pier with many seafood eateries and restaurants. It was too crowded with tourists when I was here on a Sunday, so I didn’t bother with photos.

I found out about this food truck and it is popular and cheap.

The cod was really good and this cost around US$10. However, the chips were not worth calories.

The cable car is another attraction that tourists love. It used to be a classic form a transportation in this city but has now become a tourist trap. There are 3 routes and I picked the route starting from Fisherman’s Wharf. I started from the terminal, and the line was crazy long. I waited close to an hour before being able to board and by the time I got on, the sun was setting in the sky.

It’s $7 per ride which is crazy expensive, so do it just only once and you do not have to board from the terminal. On hindsight, getting up from 1 stop ahead would have saved a lot of waiting time. And by the way, even if you just need 1 stop, it’s still $7.

The fun part was going down the steep slopes which San Francisco is made up of. But that’s about it. I don’t suppose this cable car is an effective mode of transportation, so this is really just for fun.

I can’t imagine how crazy the lines would be during the high season. This time of the year where it’s cold and not a school holiday should already be a pretty low season and it’s still so crowded!

Check out this map to learn more about the routes.

By the fourth day in SF, I was sick of being sick and tried eating some normal food because I can’t go back home without eating anything decent in SF. I just tried to avoid dairy because lactose intolerance is what follows after food poisoning.

A local recommended Nob Hill Cafe so I decided to check it out. It was a small Italian restaurant nestled within the residential area of Nob Hill. It was really popular and at 6pm I had to wait for almost an hour for a seat.

Tortellini Romana – US$15.75
with creamy pesto 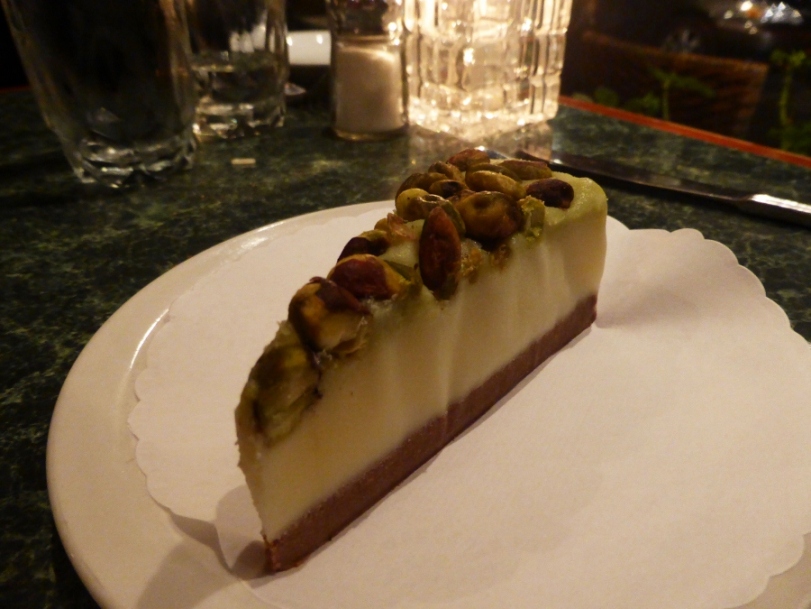 Spumoni with Pistachio Gelato – US$8.00
Served over a Thin Cheesecake Crust

Overall a lovely experience. I like the small homely vibes about this place. Nothing pretentious at all.

The last morning of SF before driving up north, I decided to have breakfast at somewhere trendy. I decided on Tartine, famous for their pastries. 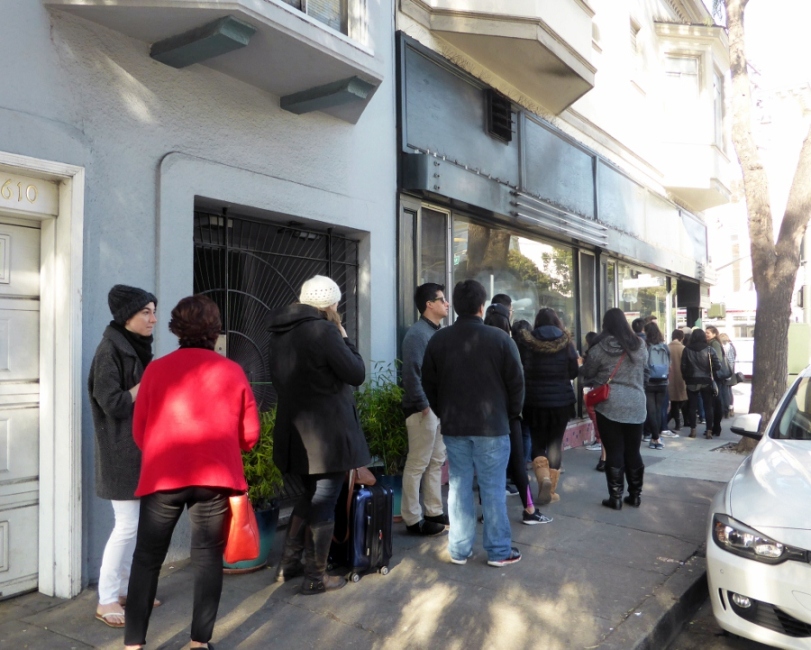 The line was crazy. I conclude that people in SF queues for everything popular.

The pastries are worth the hype and the time queuing. Not really worth the price though, but if that’s not an issue, it’s a must try for fans of pastry!

The whole concept and crowd kinda reminds me of Bourke Street Bakery in Sydney, another little bakery which I loved.

The Golden Gate is the #1 sight that San Francisco is famous for. I only got to see it on day 5, because it was the day we picked up our rental car! We were going to drive through the bridge to get to Santa Rosa, and thankfully the skies were clear for good photos.

Mandatory Asian selfie shot. I’m getting the hang of the selfie stick thingy.