Driving past the Golden Gate bridge and up highway 101, the city of Santa Rosa is only an hour away from San Francisco. There isn’t much to do here unless you’re a fan of the Peanuts, which one of us happened to be :). 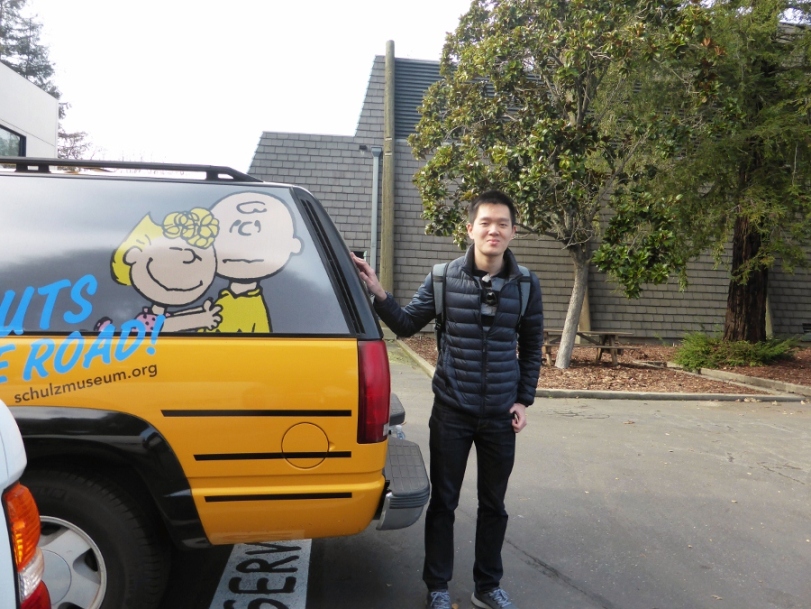 There are many Peanuts statues scattered all around Santa Rosa and you can find the locations and information here. Our target for Santa Rosa was to hunt down as many Charlie Browns as possible. 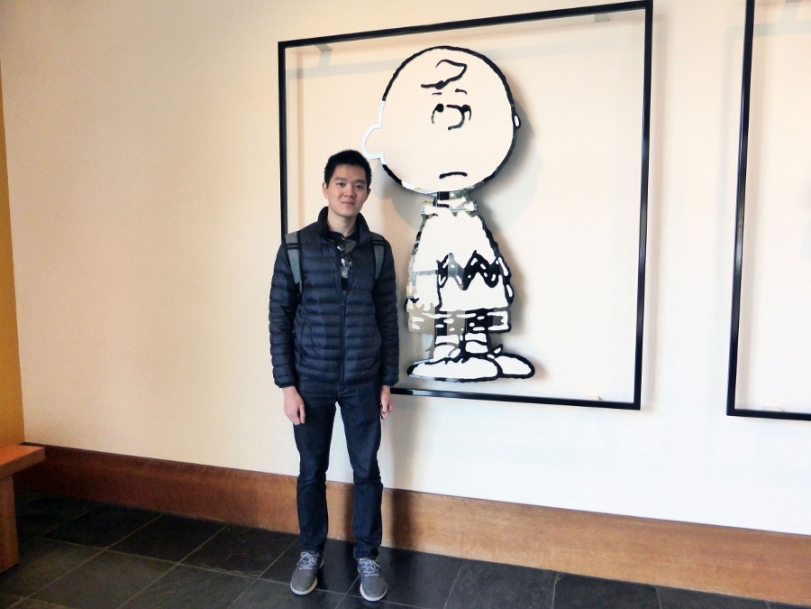 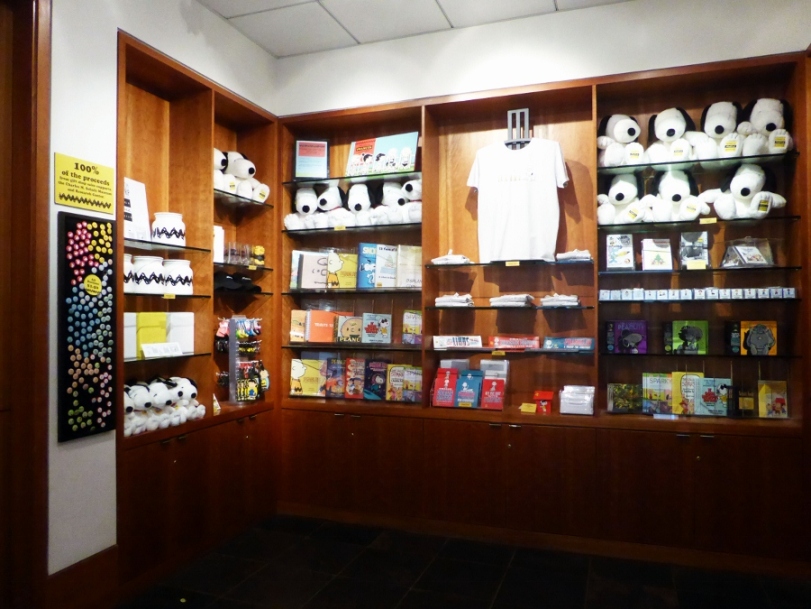 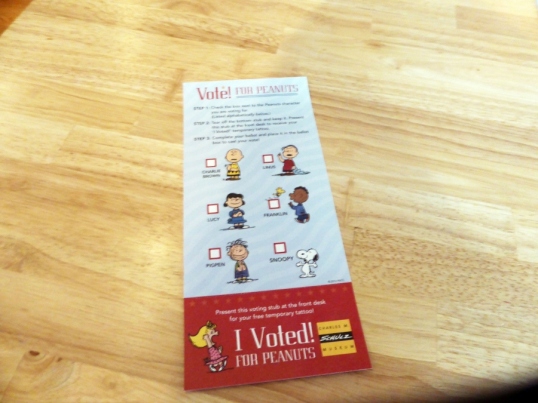 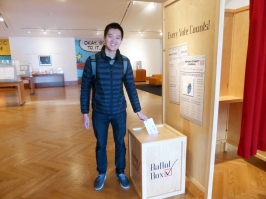 Voting for the next vice president of USA.

Mock up of Sparky’s work space 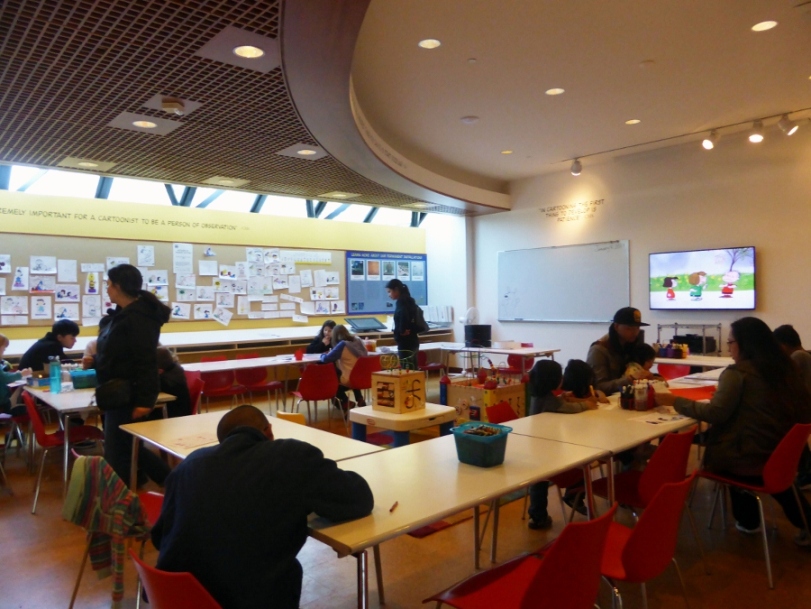 How to draw the Peanuts 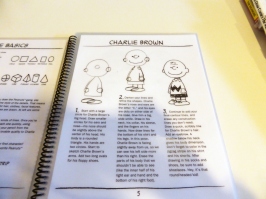 How to draw Charlie Brown

My masterpiece! Not bad right?

It was fun. Try it when you’re here!

In this museum you can learn about the life and work of Sparky and many of his comics were up on display. I watched a short film which explained about the life of Sparky and origins of the Peanuts which was informative enough to help me understand what it was all about.

Check out the “kite eating tree” 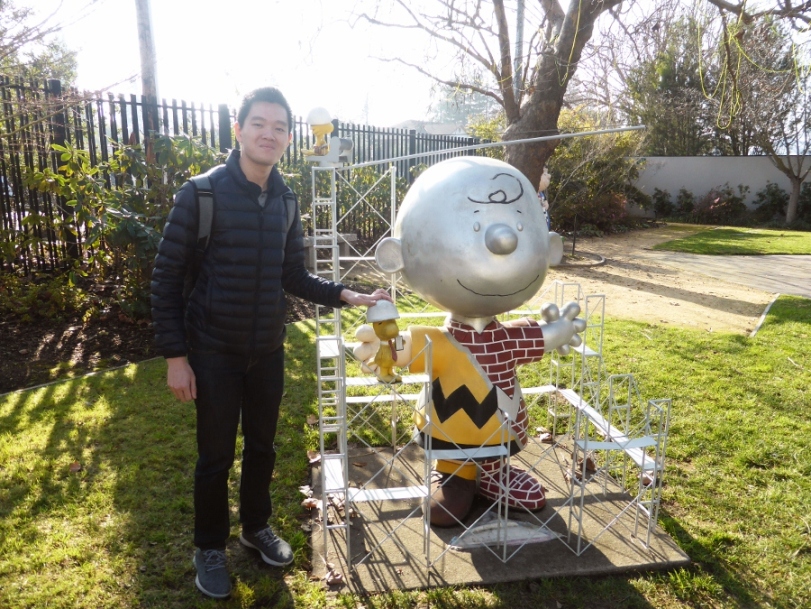 The museum is usually closed on Tuesday except for the summer months and admission is $12 for adults, $5 for students.

Across the street from the museum is a peanuts themed cafe, Warm Puppy Cafe and ice skating arena, Snoopy’s Home Ice. 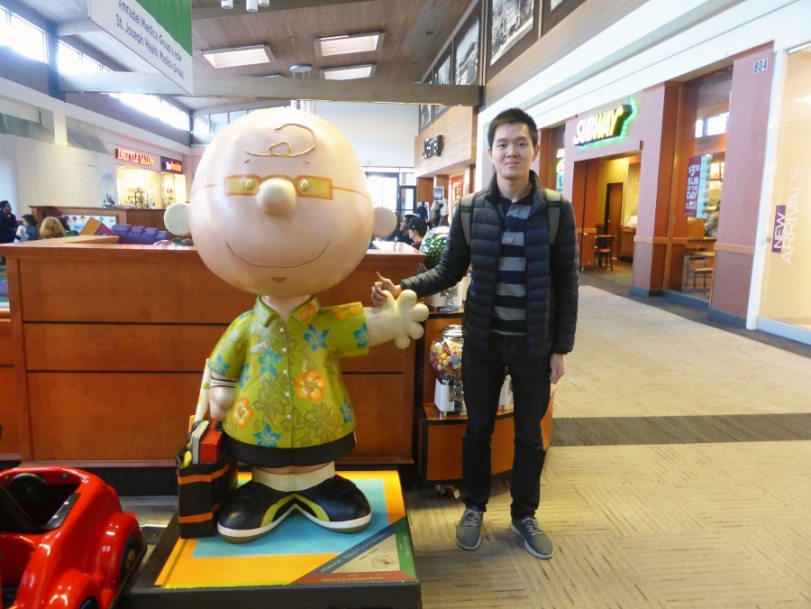 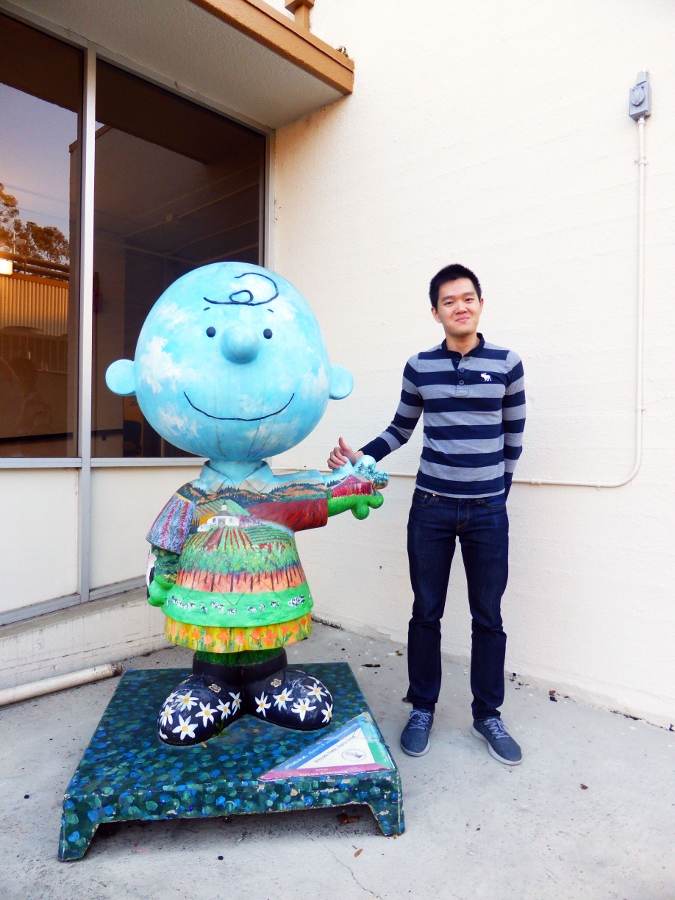 This was supposed to be placed in front of the hospital but we couldn’t find it and asked around. Turns out they chucked him somewhere at the back!

This paint store has a paint splattered Snoopy too.

These statues cost $7000 each and one of them actually got stolen. Good grief!