I went for the Halloween Night at USS this year. Last year I went to the Night Safari and the year before, the Sentosa Spooktacular and I conclude that based on professionalism and the theme, USS surpassed the other 2, by a lot. I dislike how the other 2 had chinese ghouls as their theme, with dead chinese bride, chinese vampires, Japanese war soldiers etc, as if it was for the 7th lunar month. At USS, they had Frankenstein, mutants, voodoo dolls and other characters which were more apt for Halloween.

However, like the past 2 years, I spent most of the time queuing up for attractions. USS had a lot of visitors. Too many, I would say, as there was  a long queue to enter the park even. However there were only a few attractions, so each attraction attracted very long queues (again). I spent most of the night queuing rather than getting spooked. If you were to go next year, I suggest you get an express pass.

I didn’t snap pictures of the facade because there were too many passersby. However, I noticed that some of their restaurants served interesting Halloween themed food and it was displayed so I managed to snap pictures of it.

KT Grill was offering a 3 course dinner for $36.00++. I know it’s no longer valid by the time I post this, as I visited USS on the last day of their Halloween special. 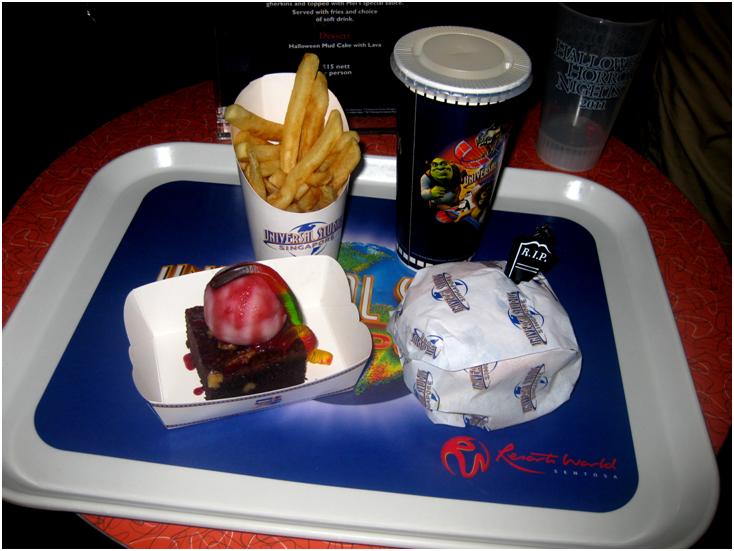 Mel’s Drive In was having a fast food set for $15nett.

I am always intrigued by themed food as it looks so fun!