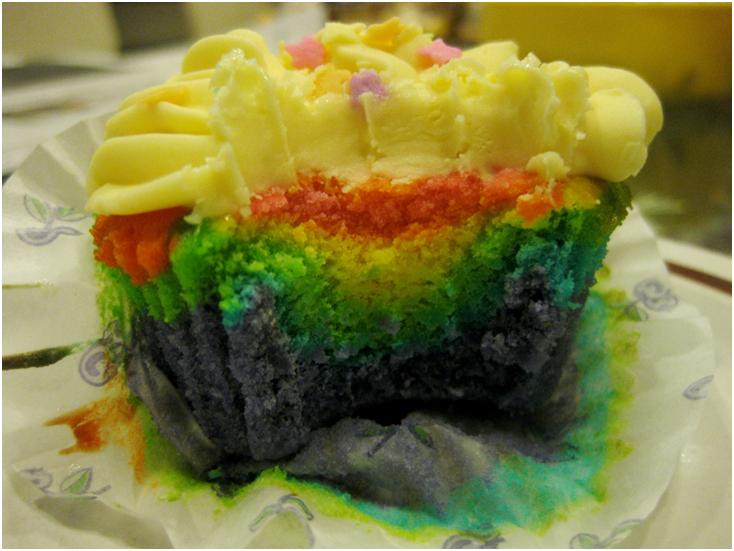 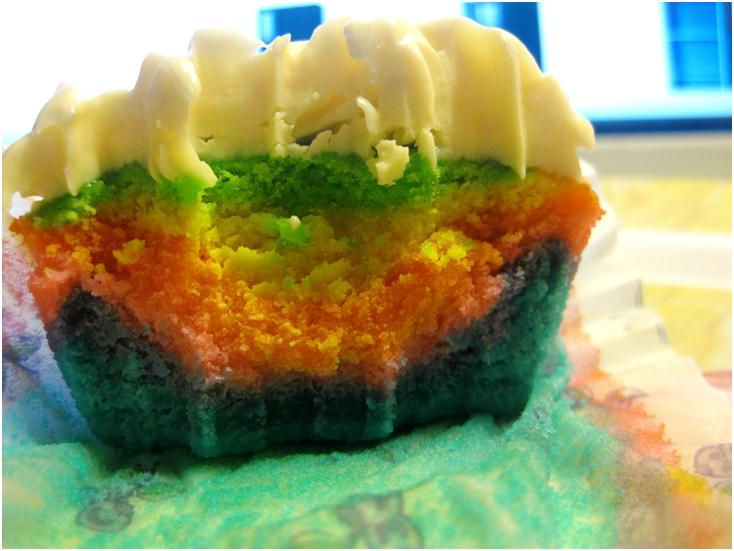 It was my first attempt making cupcakes from scratch! Though the outcome was not perfect but it shall do. I probably need a more powder mixer as the one I’m using is terrible.

I made vanilla cupcakes with vanilla buttercream.

The buttercream was very creamy and smooth. I used American buttercream for this, which contains a whole egg, which probably explains why it was so creamy. However it’s so sinful! I may try out other variants which do without the yolk to cut down on the cholesterol.

I love how beautiful the rainbow layers turned out!

The next one I’ll try would be red velvet. Let’s hope I succeed!