I recently went on my first FAM trip ever since this blog started, to Japan! Japan is definitely one of my favourite destinations and I was so happy to be given this opportunity. I would like to first and foremost thank everybody which was behind this trip because everything was impeccable.

The main organizer was the tourism board of Chiba & Ibaraki. Before anyone starts judging thinking where the hell is that and there surely is nothing to do, save it for later. Indeed these are places unheard of to foreigners, but that’s better! I like places which are non-mainstream and not too commercialised. Most of the other tourists I spotted throughout the trip were domestic tourists. I’m not sure how long this would be – for these places to remain uncorrupted, so do visit soon if you want to experience the best!

These 2 rather unheard of prefectures are also not as inaccessible (or in Singaporean style – ulu) as you may think. It is as near to Narita International Airport as Tokyo is, so getting there isn’t as tough as say, getting to Okinawa. There are so many flights going to Narita daily from all over the world, and from Singapore, you have the choice of SIA, ANA, JAL, UA and Delta, 8 times a day.

For this trip, I got to take the all new Boeing 787 Dreamliner by ANA! To be honest I was kind of put off by the bad publicity of the 787 earlier this year but all worries subsided when I got onto the beautiful plane. It was just, So. New. You see, I just came back from Macau taking Tiger (which, I have no comments) and this new plane felt like the most comfortable and clean airline I’ve ever taken. It may not be the best per se, but definitely better than Tiger. MUCH BETTER.

A benefit of other airlines over our coveted SIA is that most of the time, it is not fully occupied, and you can be scheming smart enough to book an aisle seat with the inner seat unoccupied. Chances are, no single passenger would consciously choose the inner seat and that way, you get two seats for the price of one! (actually, this is just common sense.)

They used the newly designed seats too (and therefore the seats are new. Yay!) where the ‘recline’ works by moving your seat forward. This way, the person in front reclining doesn’t affect you, and you won’t affect others too. I’ve ever experienced a rude passenger on British Airways preventing me from reclining my seat explicitly by strongly pushing back my chair when I attempted to recline so I guess this solves that problem.

I know this may come to a shock to many but I personally do not really care about inflight entertainment because the most entertaining thing to do is to try to sleep. However, everyone else I know gets mortified upon knowing certain airlines do not have personal “TV” and will go hysterical. (To explain this phenomenon, most of the said people are Singaporeans who have only taken Singapore Airlines in their lives and are spoilt by Singapore Airlines because they ALWAYS have TV, thus assuming that is international standards.) The inflight entertainment of the new 787 was pretty good and I liked the touch screen because it’s a lazier option than pressing the remote control. I like how they have the latest Japanese movies and I managed to watch a movie I missed out on at the cinemas! 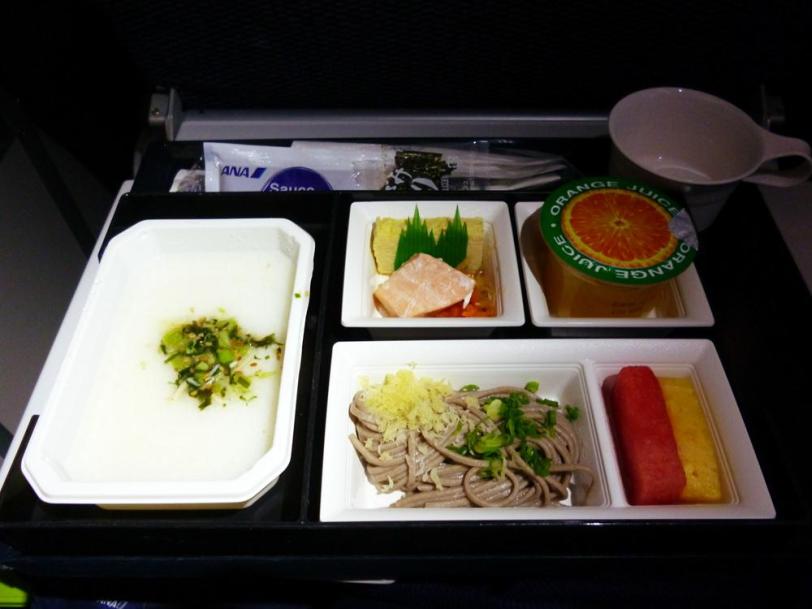 I also like how they serve Japanese food on board. This was my breakfast because mine was a midnight flight, arriving at about 8am.

I got to witness the most amazing sunrise ever. I don’t know if it looked extra nice because the windows were big or what, but it was just too beautiful and worth waking up for.

So the plane ride alone was exciting enough and that was only the start to the most wonderful trip in my life!

The first place of interest I was brought to was the Museum of Aeronautical Science near Narita Airport. This facility is not within walking distance, but they do have buses taking you there. It is a good place to check out if you are in transit at Narita Airport or you are simply very interested in planes.

I think it’s pretty obvious from my excitement about the 787 plane that I have a strange interest in planes. I could almost rename this blog as Skytrax Bird or something. 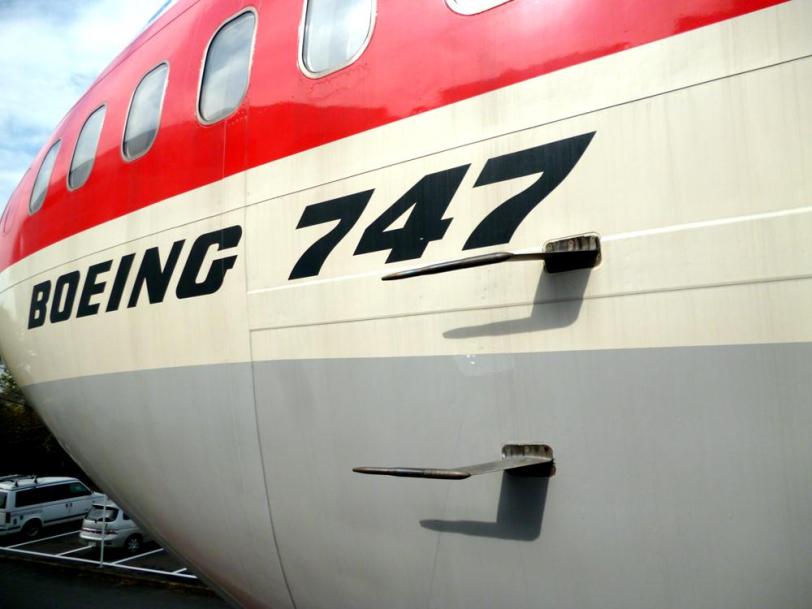 Basically, they have a ‘show flat’ of a dissected 747 plane to show you what goes behind the scenes.

Or in the case of the above picture, behind the walls of the cabin. 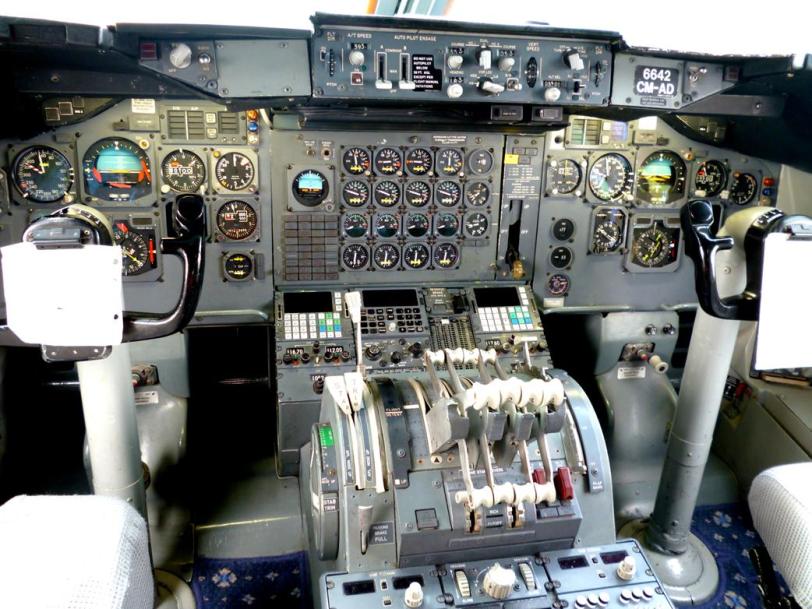 This is why pilots have to have a certain level of intellect.

I can fly first class too! 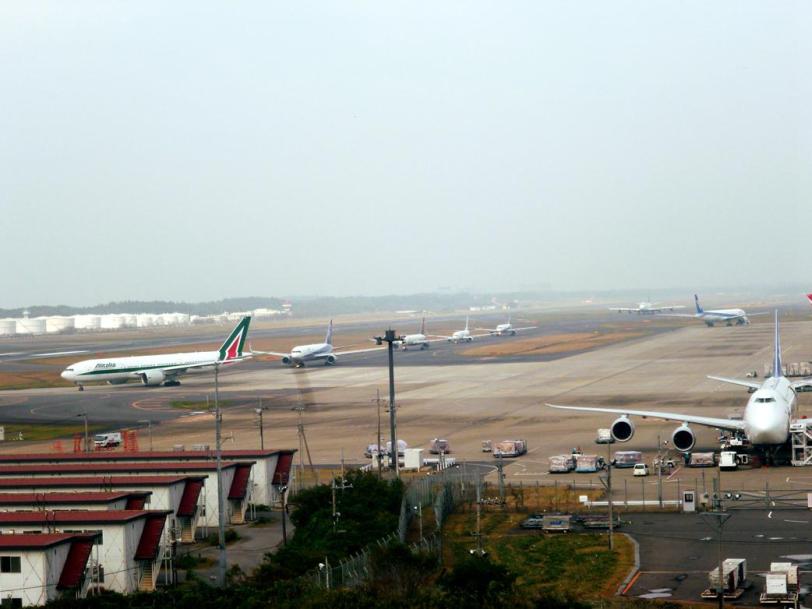 There is an observation deck on the 5th floor which shows you the runway of Narita Airport. There are many planes queuing up for take off. Narita Airport’s traffic is quite heavy and it only has 2 terminals. I was told that plans for the 3rd runway were aborted because of protests from neighbouring residents. The city of Narita is after all still quite rural and quiet and I guess the residents prefer to keep it that way.

There are also activities to keep the kids occupied like collecting stamps all over the building. They have stamps representing various airports in the world, including our famous Changi Airport!

The next attraction on the list was Narita San Temple, which is quite famous and packed with visitors. It happened to be a holiday in Japan on 3rd of November – Culture Day to commemorate the birthday of Emperor Meiji. Around the temple were old school streets selling local products and it was kind of touristy in my opinion, but famous places are usually like that.

This temple has a history of 740 years, but the current building only 300 years because it was once reconstructed due to being burnt down. 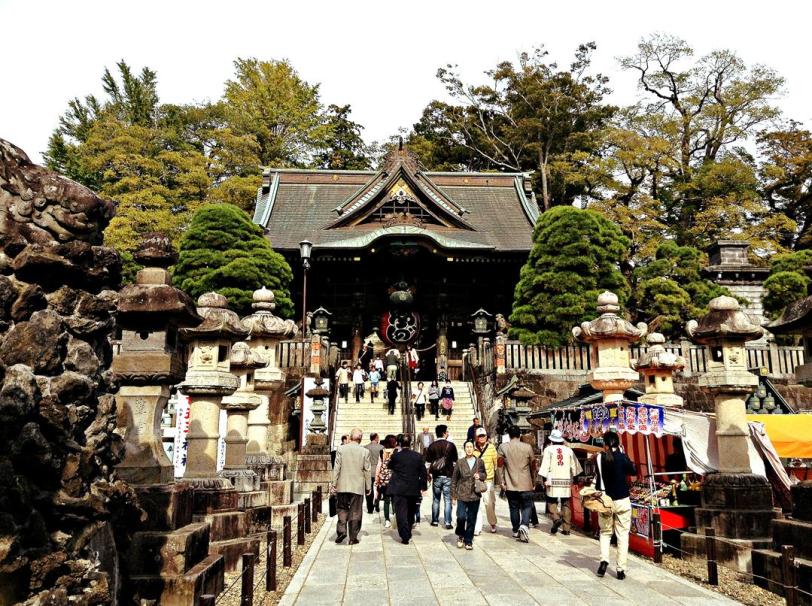 The whole place was really big and I kind of lost track of what was what. 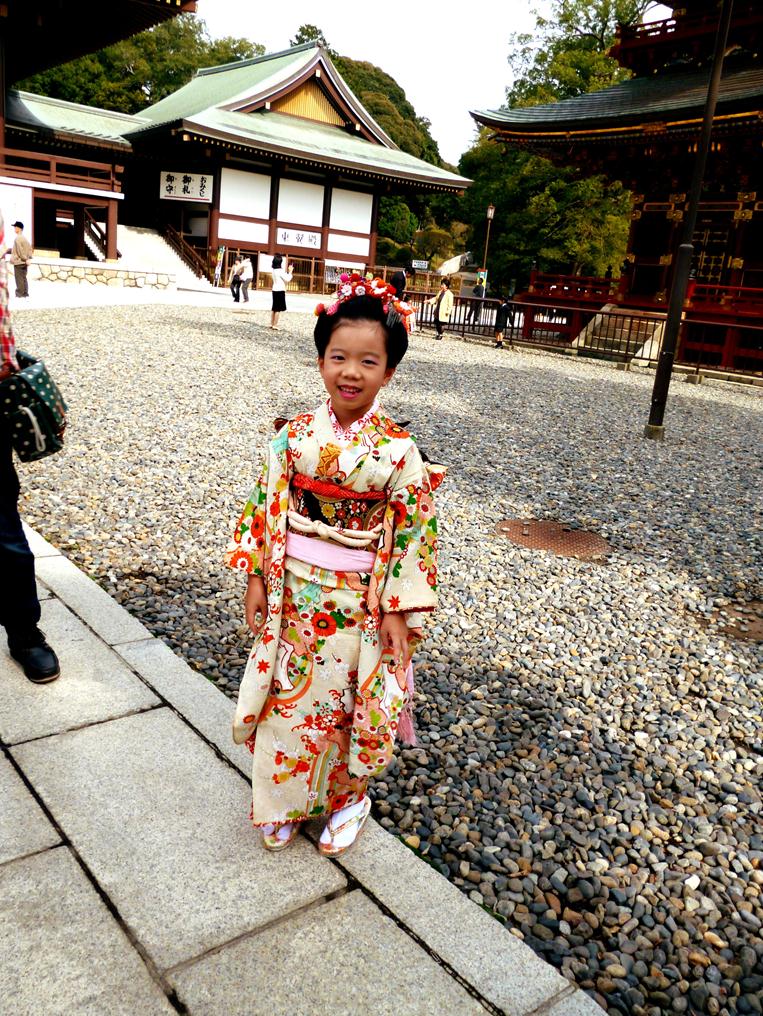 Many children were all dressed up and I wish I could take them home.

This place is one of the most popular places in Narita (I think) and it is about 10mins walk from Narita JR Station. Alternatively, there are buses going near to the entrance too. If you’re putting up a a hotel, there may be a public bus directly from your hotel in Narita.

One of Narita’s local specialities is Unagi, also known as eel. Along the streets around Narita Temple you’ll see many restaurants specialising in Unagi. The difference between Unagi in Narita and in Singapore is that it is so fresh that you’ll even get to see the whole process in action.

My lunch was at Kikuya, a place which serves quality Unagi. 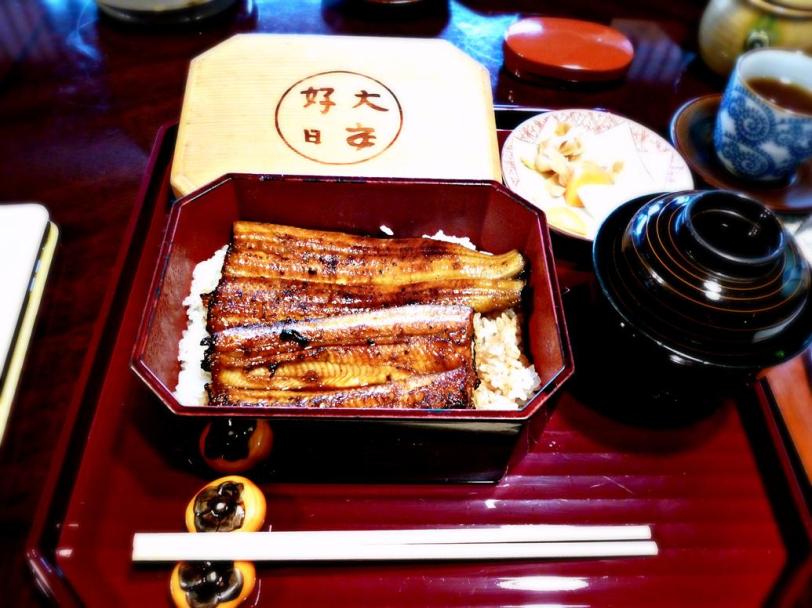 They have various grades of Unagi to choose from but my suggestion is to just go for the best, since you’re already here. The portion is definitely substantial and I had difficulty trying to finish everything even though it was so delicious. Even the miso soup and rice was exceptionally good!

My set cost ¥3500 and is the best grade they have. It was the best Unagi I’ve ever had! I don’t think I’ll ever attempt having Unagi in Singapore because it probably surely wouldn’t come close.

The next attraction was a very interesting one. It is classified as a hands on museum. I was wondering what in the world is that, but I soon understood. The whole set up was like a village reflecting the past of the Boso region of Chiba from the Edo period. At certain booths you get to have hands on experience if you wish – doing handicraft, plucking vegetables and lots of random things. The atmosphere was so happy, it was infectious!

This was the best live band ever. The music the played was simply too happy.

It was Culture Day in Japan so the place was pretty packed and they had free entry for the special occasion. The park was filled with families.

It was a tradition to distribute free mochi cakes on this day and the resulting sight was priceless. I am so glad I did not die. 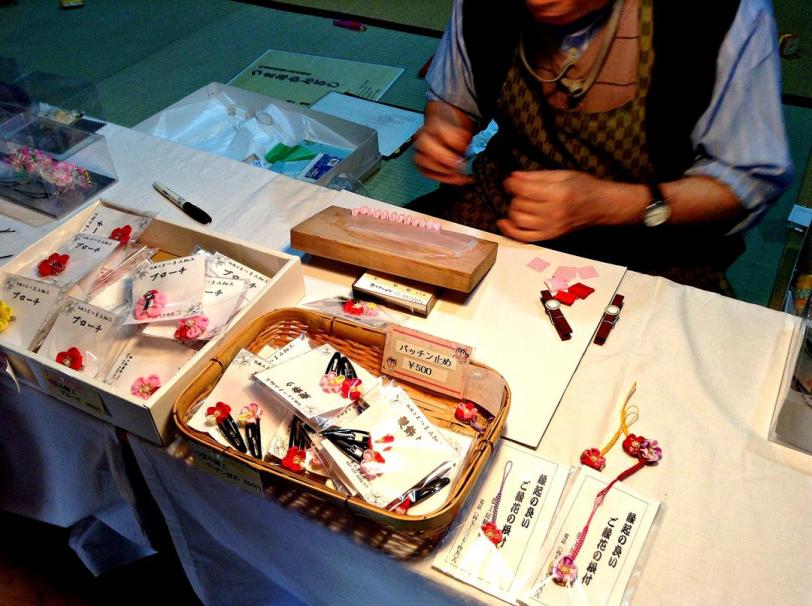 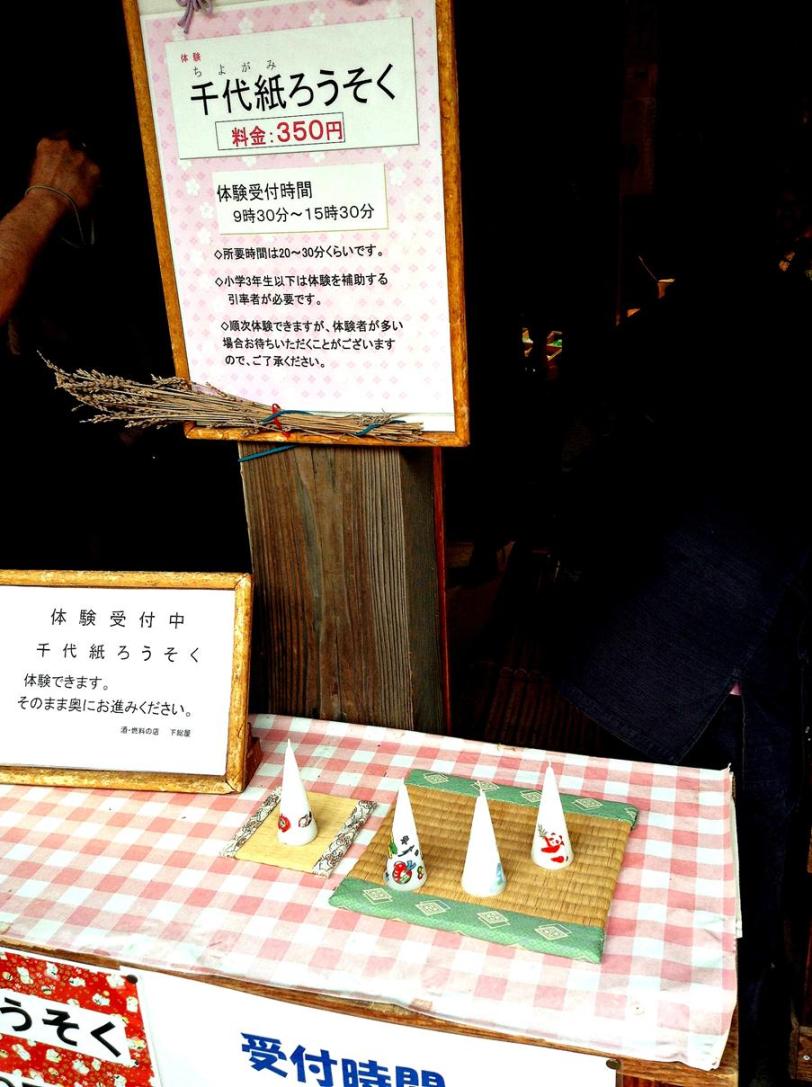 There was this booth which lets you customise candles with decals and it cost ¥350 each. 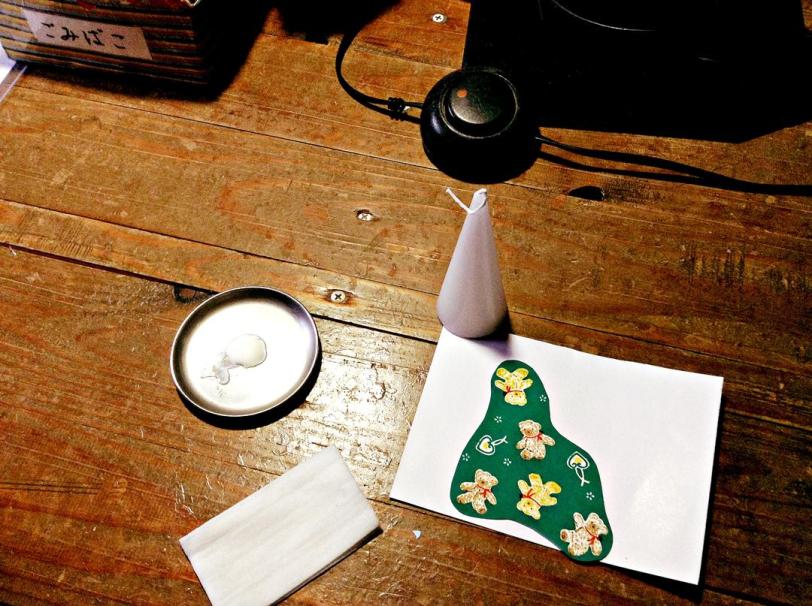 You got to cut the images, paste it on with glue, pat it down with wet tissue, and bring it to the expert to coat it with wax.

My product! Not the prettiest I admit.

The last stop of the day was Shisui Premium Outlets. I’ve been to Rinku Premium Outlets at Osaka and it was pretty similar. Do go to the information centre to get the discount booklet before shopping. The sun had already set by the time I got here at 5:30pm. I kind of regret not getting a Rebecca Minkoff Bag at 50% off. They have many Japanese clothing brands such as Lowry’s Farm, INGNI, and also international brands like Banana Republic and GAP. 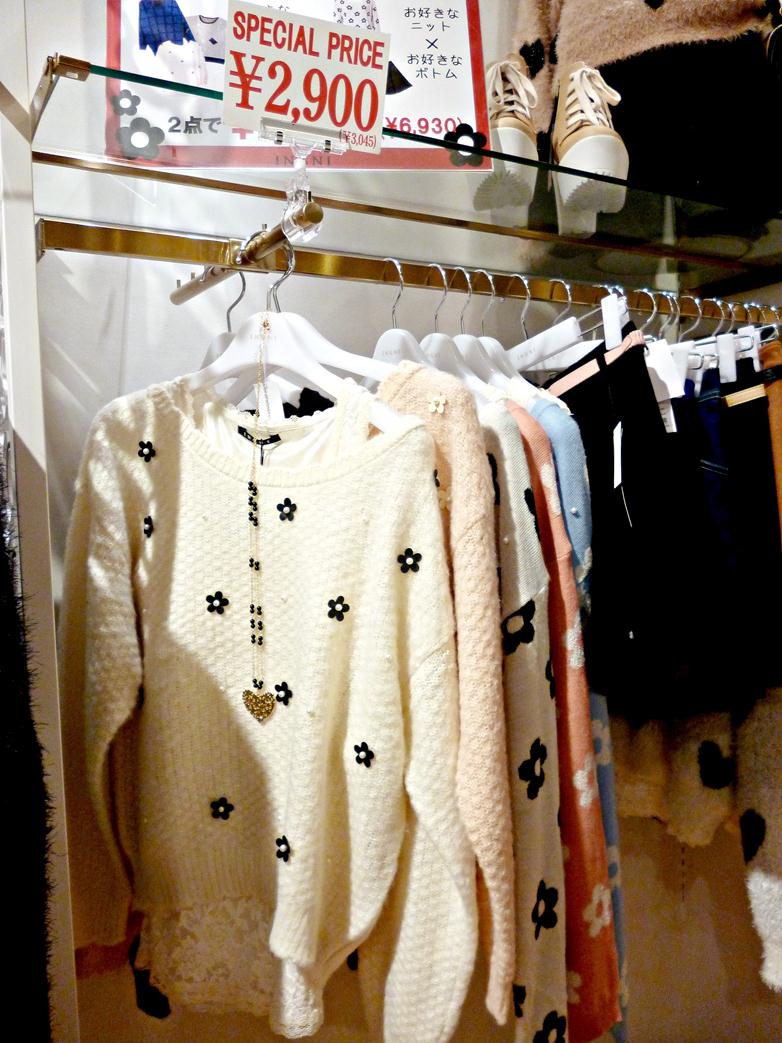 I got this cute jumper from INGNI.

Food wise, the choices were decent and it was a no brainer for me to choose Freshness Burger. They had this in Singapore a while ago but I heard it was not the same standard and I didn’t bother to try. I’ll just say Freshness Burger in Japan was SO GOOD! I ordered the Premium Juicy Burger and the patty was so tender and juicy. I know I swore off fast food but MOS Burger and Freshness Burger are exceptions. 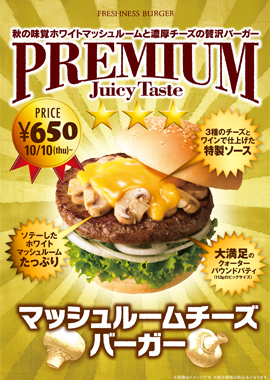 MUST TRY!! This is a seasonal product I think, so if you are in Japan already go try it! 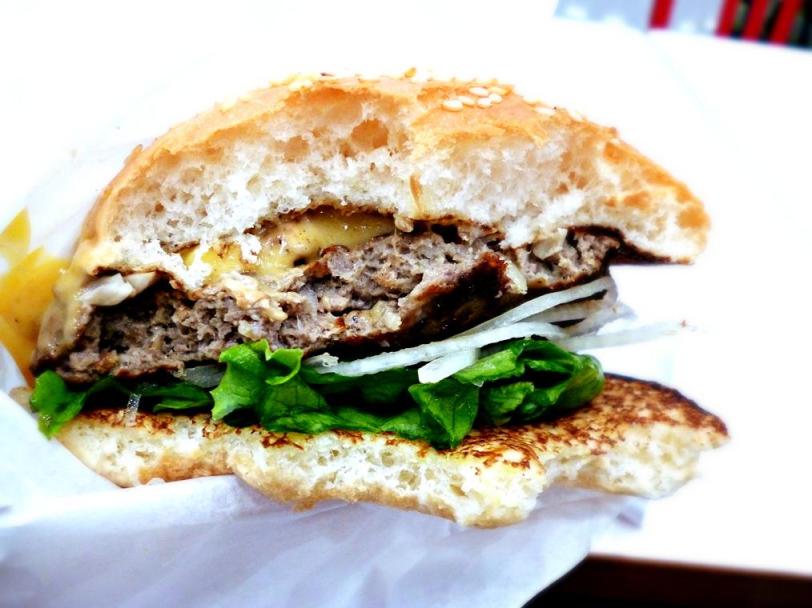 I wish I could have another one. Like right now? I’ll just say it’s better than the MOS Burger wagyu burger we have in Singapore and that’s already the best fast food burger for me. (Ok, maybe Carl’s Jnr can contest)

Getting to Shisui Outlets is not difficult because they have various direct bus services from the Airport and from train stations. You could check their website for details. The bus ride is only 15 minutes from Narita Airport, so it makes a good shopping place if you’re just transiting! Pay per use lockers are available to keep your luggages while shopping.

The hotel for the first night was Marroad International Hotel Narita which is located pretty near the airport. I could even hear the sound of planes periodically, though not to the extent of disturbing. The hotel was a big and old one and in my opinion, I wouldn’t stay here more than a night because this hotel is probably only functional but not somewhere I would want to stay in all day. The room wasn’t really small and the toilet was adequately clean so I guess it’s functional like that. Perhaps if this hotel undergoes refurbishing it would be more pleasant to stay in. It makes a decent choice for a transit hotel though, if you only have 1 night. 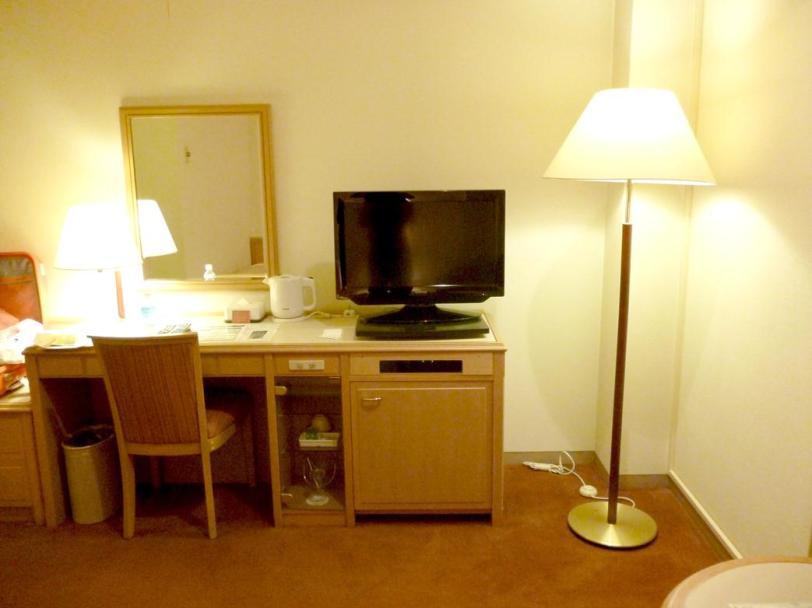 It is not a budget hotel however, because they provide stuff like cups and kettles and everything a normal hotel should provide.

The breakfast was pretty decent with quite a variety.

Though not walking distance from the airport, they do have a free airport shuttle bus which you could use.