The second day started by visiting Samurai Houses in Sakura City, another city in the Chiba prefecture.

This attraction would appeal to those interested in culture and history. We got to view 3 different houses, which were preserved since olden days, and kept in good condition like a show room. Do get a guide to explain everything to you because it isn’t like a museum where there are information written everywhere. You can learn a lot about the lifestyle of samurai from the Edo period.

Even the gardens were kept alive, to depict how ancient samurai normally grow their own food. 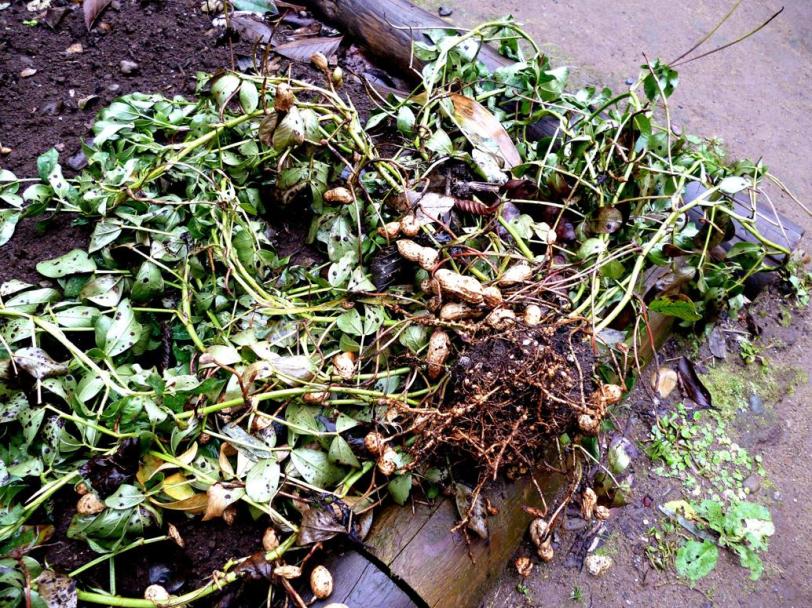 Peanuts are a famous produce of Chiba.

Entrance to the Takei house. It is closed and can be accessed via the Tajima house which has connected backyards or something. 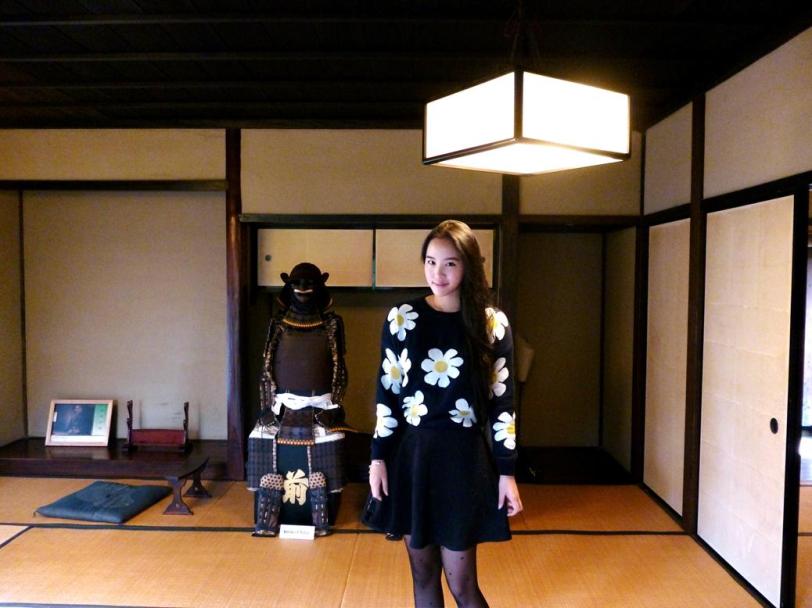 This is actually my first time stepping into a traditional Japanese house! I have not been into a tatami room prior to this. (But a lot more to come during this whole trip.)

I was so looking forward to lunch! It was at a restaurant in Kisarazu City called Takaraya. The restaurant has been around since 1897. Kisarazu City is only 35mins away from Haneda Airport.

For the lunch itself, this restaurant serves traditional Japanese food and we had a Shokado styled lunch. For this style, the dishes are presented in a bento box. It comprises of several dishes cooked in different styles.

The rice was so good.

I am not sure how much this Shokado costs, but I think it is ¥2100 or around there. 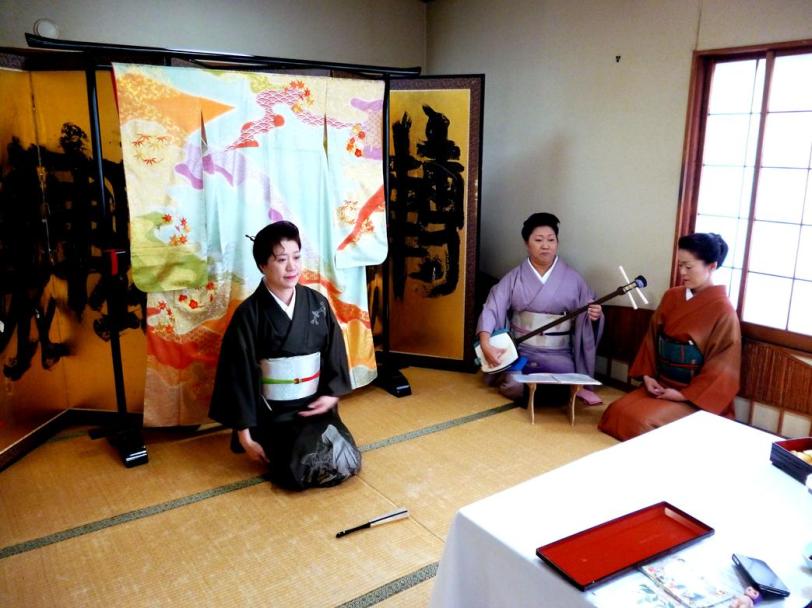 What was special about this lunch was the experience of having 3 Geishas with us!

Geisha seems to be a dying tradition. In Chiba, there are only 13 Geishas left. It is not hard to understand why – Geishas has to be trained since young and isn’t a profession which you can enter as and when you like during adulthood. Most modern people would rather send their children to school or maybe even let them be signed as a teenage pop star rather than to be trained as a Geisha.

Other than watching them dance or sing, they would also play interactive games with customers like what I’m doing here.

If you would like to experience Geisha too, you could have it arranged through this restaurant when you have a meal here. (It comes with a fee of course.) The restaurant manager speaks English so it isn’t hard to communicate.

Closed on every 1st and 3rd Wednesday

The next attraction is one which I really enjoyed, albeit the short stay there. It is Mother Farm, a “Flowers and Animal’s Entertainment Farm” located in Futtsu City on the top of a mountain.

Mother Farm was founded by the same owner as the Tokyo Tower. It was named Mother Farm because of his mother – during their humble days his mother often said “if we had just one cow, our life would be much easier”.

Honestly, I was expecting just a small farm, but I was so wrong. The entire farm/ park was huge – 4 times the size of Disneyland, and there were so many different activities to experience there. As one day is not enough, they also have lodging for the farm stay experience for those who come from afar.

Obviously, the main attractions are the animals. Unlike the zoo, the animals here are mostly farm animals and that is really unique. The first thing which we were scheduled to see was the duck parade at 2:30pm and that was the cutest animal show ever.

The show started with a whole flock of ducks running in, in full speed. It was the cutest/ funniest sight ever! 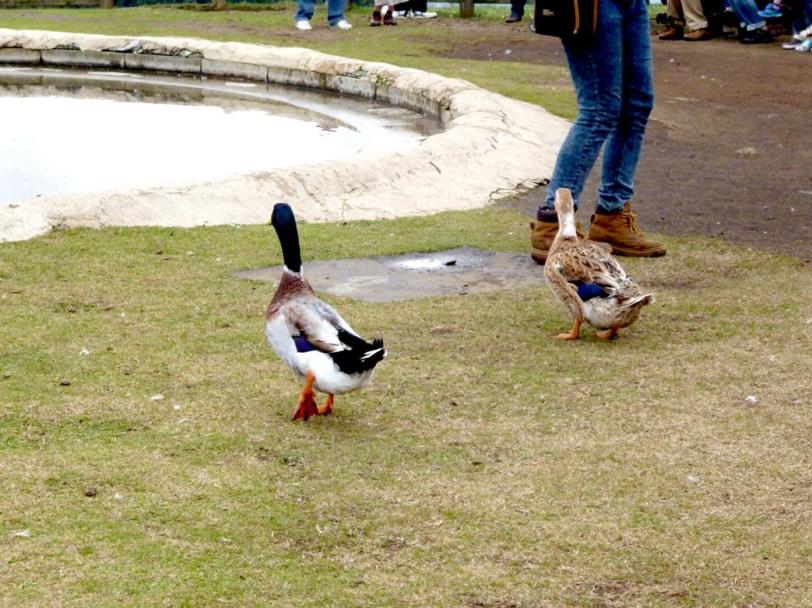 The 2 different coloured ducks are normally slow and lazier than the white ones! They also seem to stick together like they are friends. The show lasted about 15 minutes.

Even the location itself has exceeded my expectations. The mountain top location was beautiful with very vast scenery. On days with clear skies, Mount Fuji can be seen.

As the whole farm is huge, you may like to get around with a guided tour on a tractor train. The tractor excursion cost ¥1200 for adults and ¥700 for children. 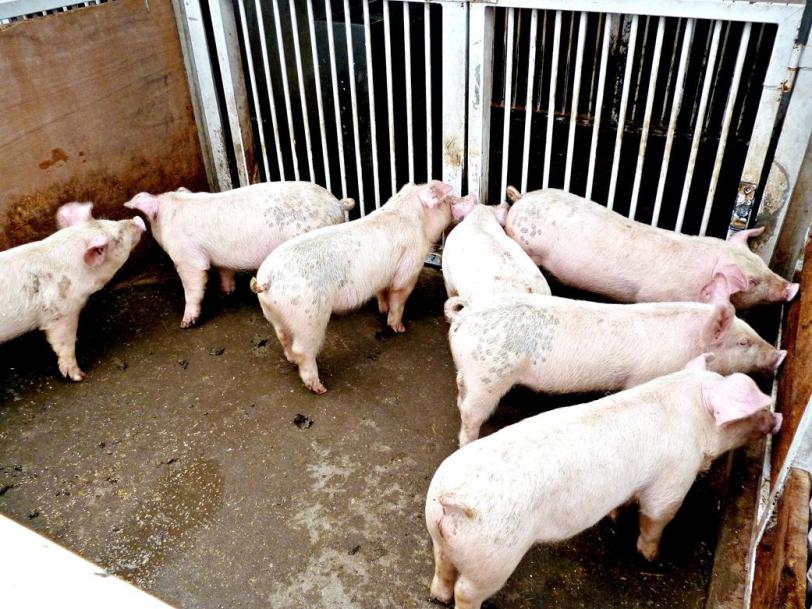 There is an area where you can touch the animals. This little guy here is a hot favourite and has gotten a lot of attention! 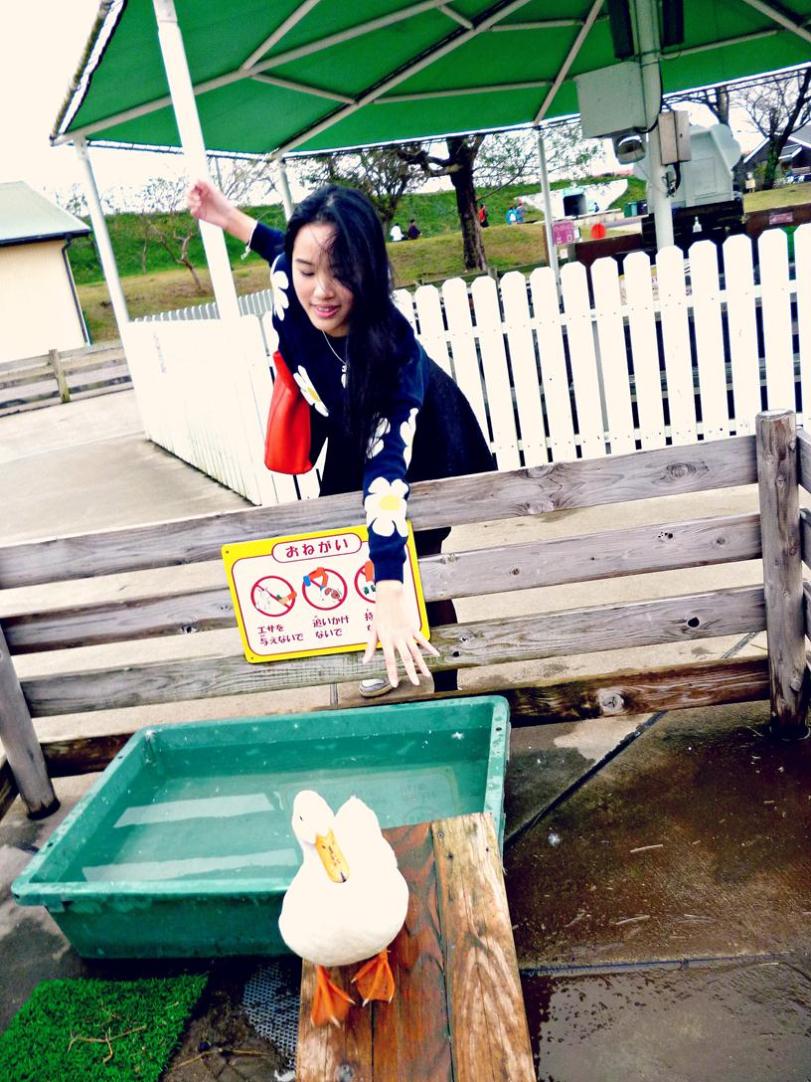 I tried to touch this duck but it refused by staying far from me whenever I was close!

Other than animals, this farm features flowers and fruits too.

During certain seasons, there would be different fields of flowers blooming and different fruits and vegetables for picking. This is included in the normal admission fee, but they have a quota of the number of people admitted to the farms based on estimated amount of harvest.

Another exciting attraction here is the food! As this is a farm, they have cows which produce milk. The milk is used to make several milk based products and their most famous one is none other than ice cream! 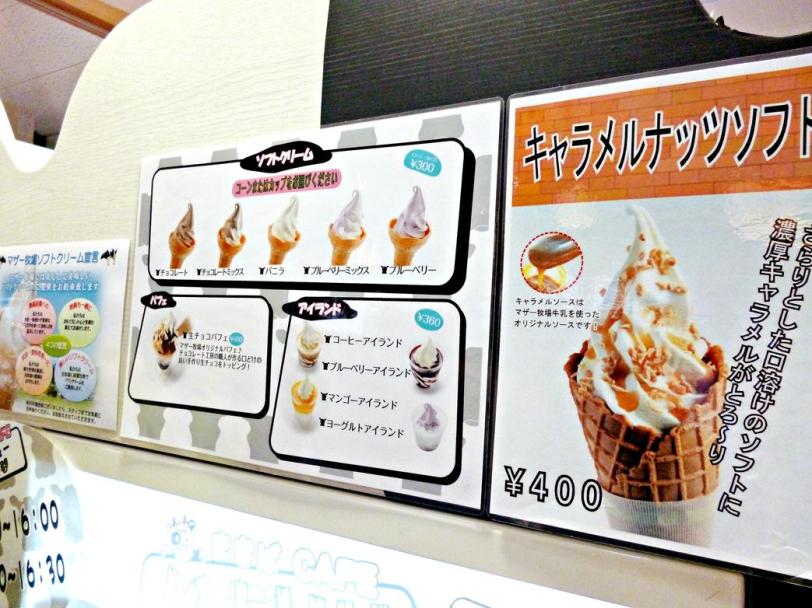 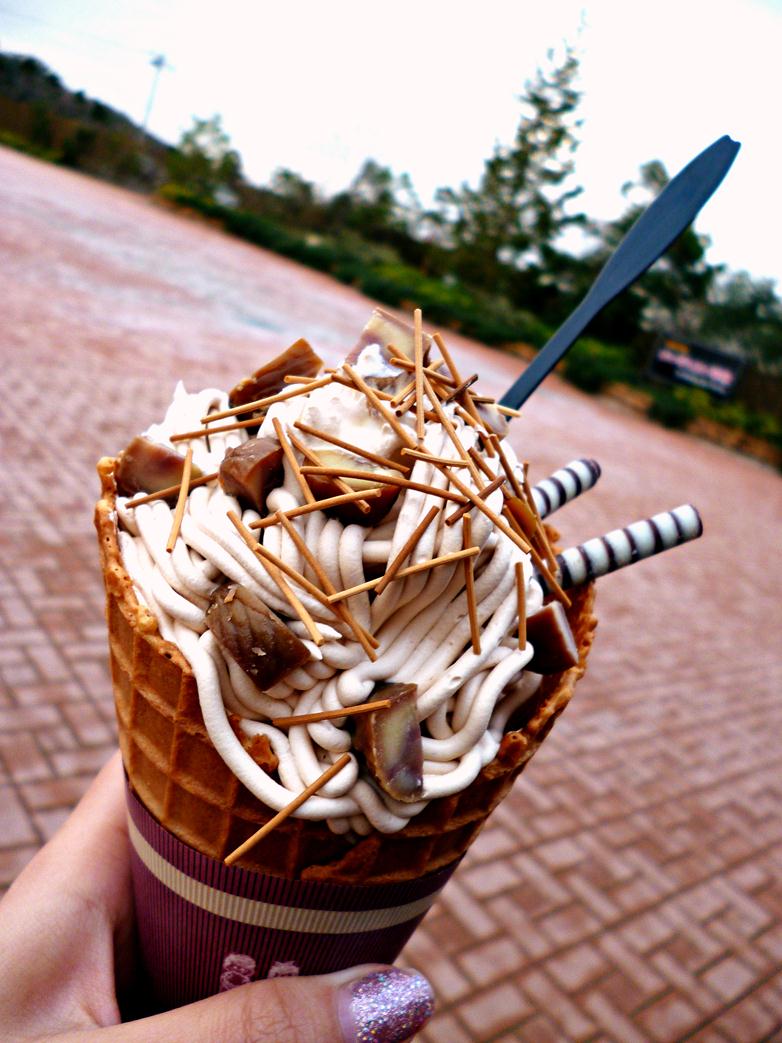 Chestnut is in season now and this creation is exclusive for autumn!

IT WAS SO GOOD.

Their caramel creation was good too.

I loved the ice cream so much I had to have another one.

The next place I visited was Miya Shoyu (宮 醤油), a traditional soya sauce brewery. I have visited beer, sake and wine breweries but this is the first for soya sauce. Actually, it was pretty similar to a boutique beer brewery I had visited and the apparatus used actually looked similar. The fermenting koji smell also smelt similar to the fermentation process in beer making.

I learnt that the entire process can be 1 – 2 years using the traditional brewing method, because certain processes can only happen during certain seasons. However, commercial soya sauce makers like those we find in supermarkets have their environments man made and the process is much quicker.

The soya sauce here is also sold at a more premium price due to it having better quality. It is only sold at specialty shops or used at high end restaurants. A notable difference is that it is bottled in glass because glass can keep oxygen out and preventing the quality of the soya sauce from deteriorating. It is best when used within 2 weeks of opening.

I am sure many of us non-particular users of soya sauce can use a bottle for months!

The Chiba prefecture houses many soya sauce breweries in the past because this area is surrounded by sea, making transportation easier. I am sure we all know how big the consumption of soya sauce is in Japan, and how important an ingredient it is in the daily lives of Japanese people.

As mass produced soya sauce becomes more common, the number of traditional breweries has declined over the years, leaving only 13 left in Chiba. Miya Shoyu has a history of 179 years since 1834 and it is currently passed down to the 7th generation. 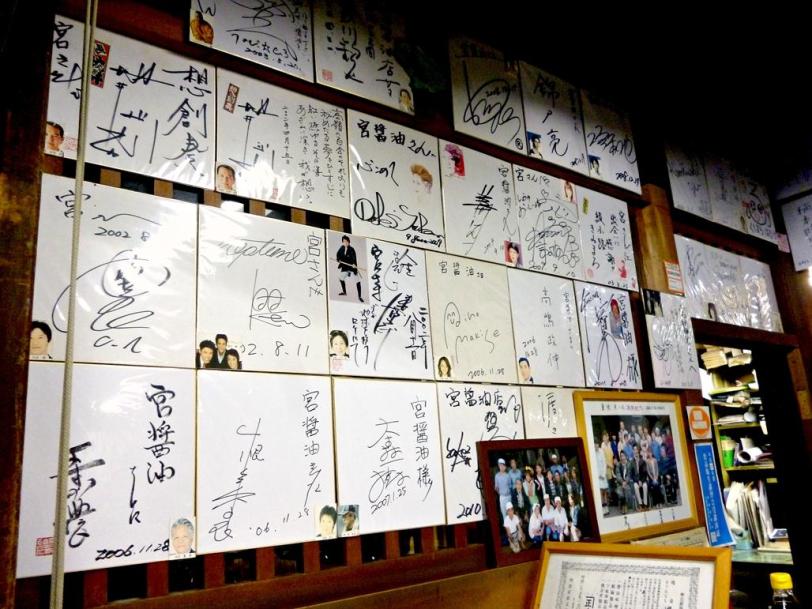 Numerous famous people have been here before.

You could sample the various types they offer.

Other products are sold here too.

The accommodation of the night was a 5 star ryokan in Kamogawa known as Kamogawakan 鴨川館. Kamogawa is a popular resort destination among domestic tourists because it is facing the seaside. The ryokan experience here was the best I’ve ever had!

Getting to Kamogawa may be far due to the southern location of the city, but with express trains it is not too difficult to get there. There are shuttle buses from the Kamogawa JR station to Kamogawakan. Alternatively, it is a 20 minutes walk.

We were welcomed with matcha. I LOVE MATCHA! I can never find this well made in Singapore. 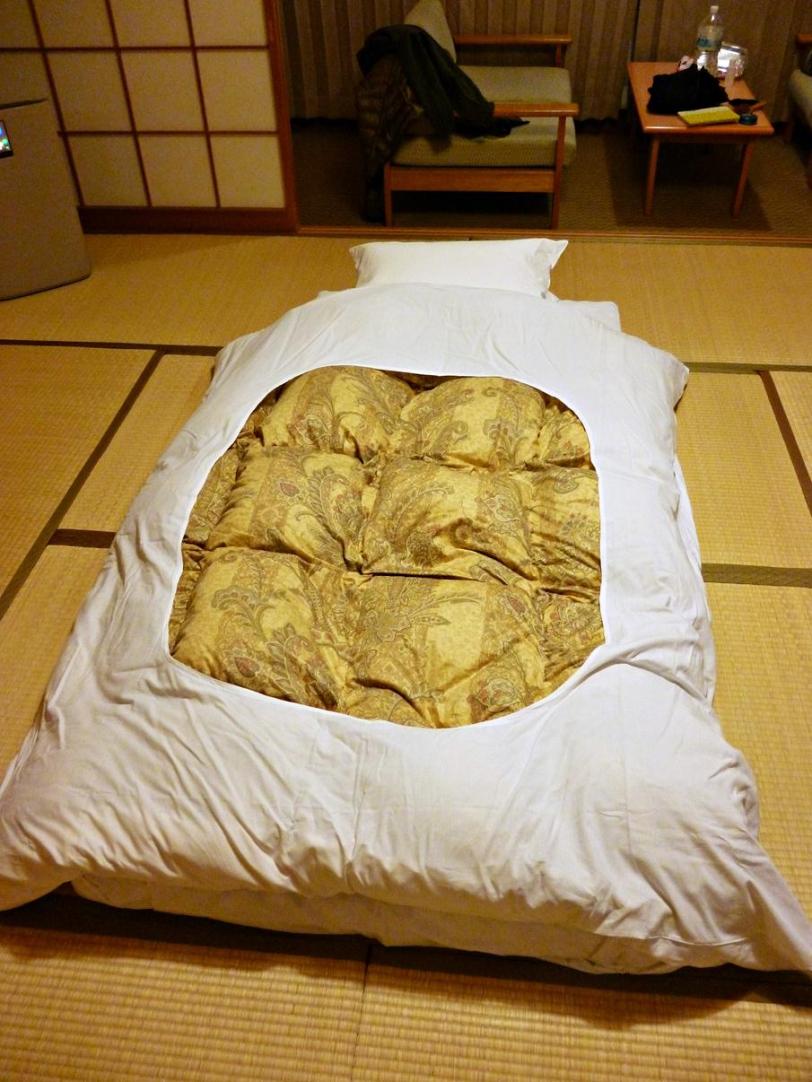 At a ryokan, you can expect to stay in traditional Japanese tatami rooms, though Kamogawakan offers western styled rooms with normal beds too. The futan (Japanese mattress) was surprisingly comfortable to sleep on!

You can expect to have hot springs (onsen) here and normally all guests have dinner and breakfast within the ryokan. Dinner is by default a traditional kaiseki meal. 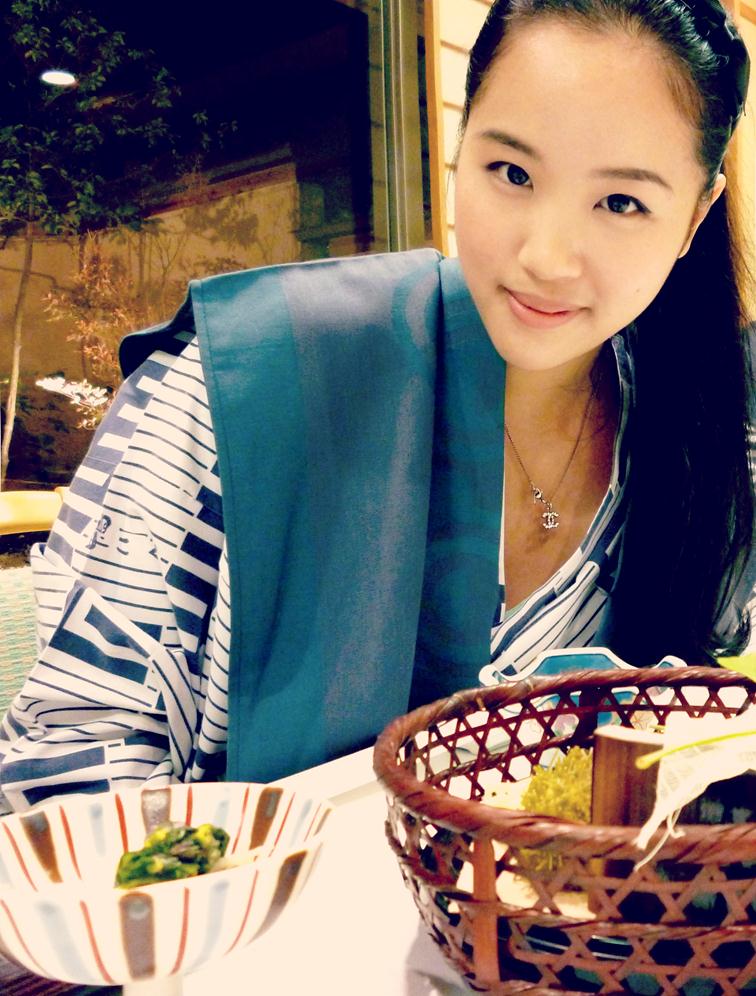 It is common for guests to wear the provided yukata in the premises of the ryokan. 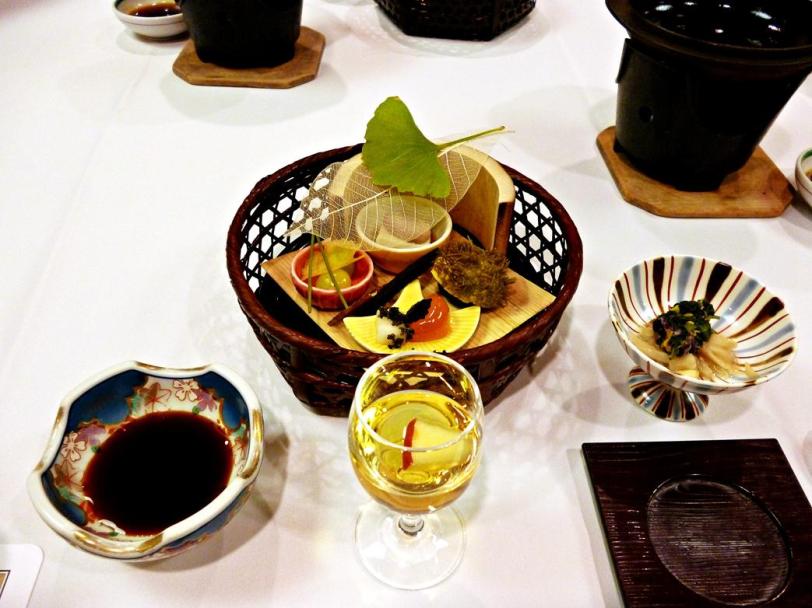 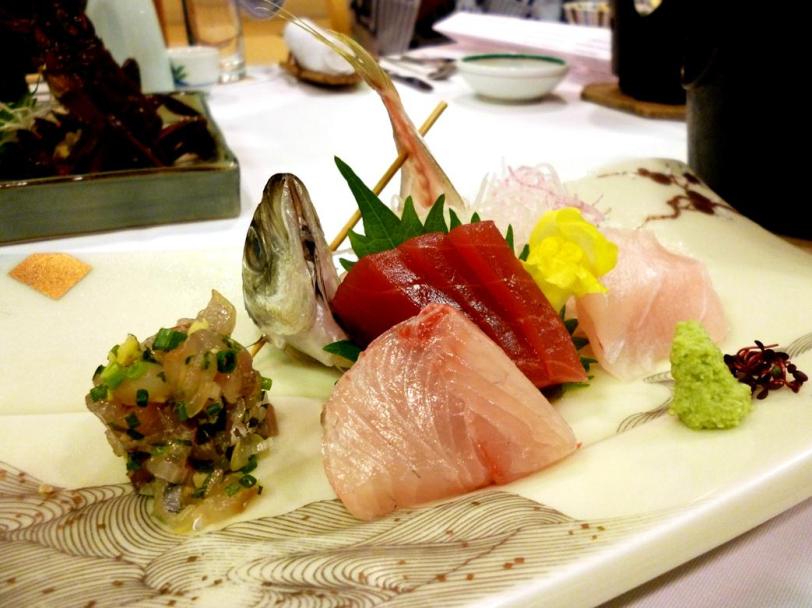 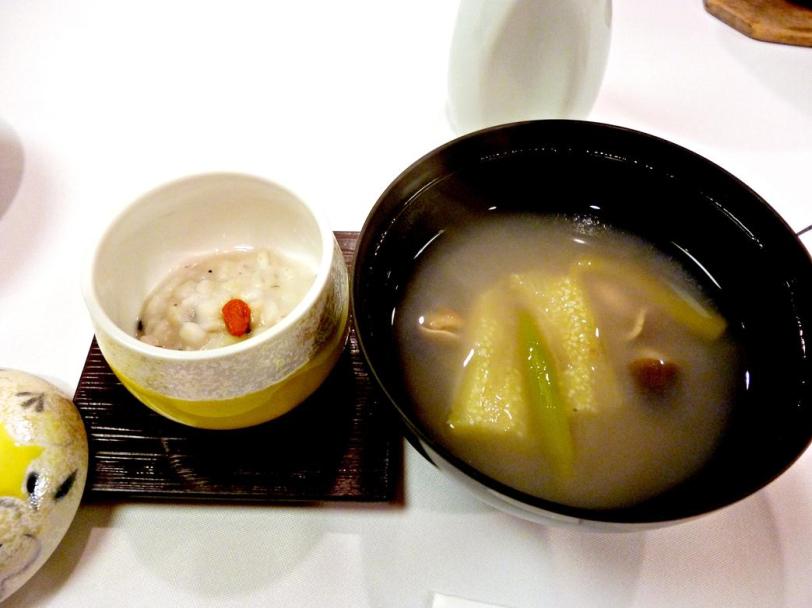 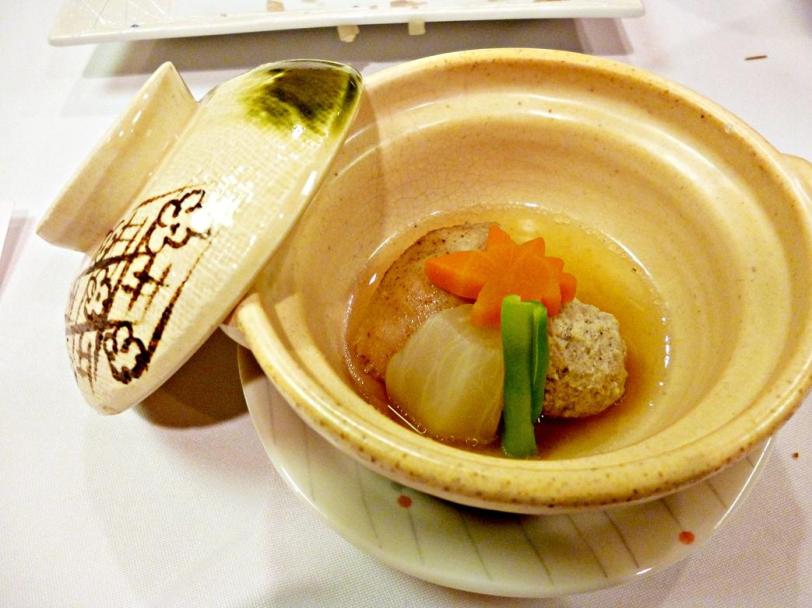 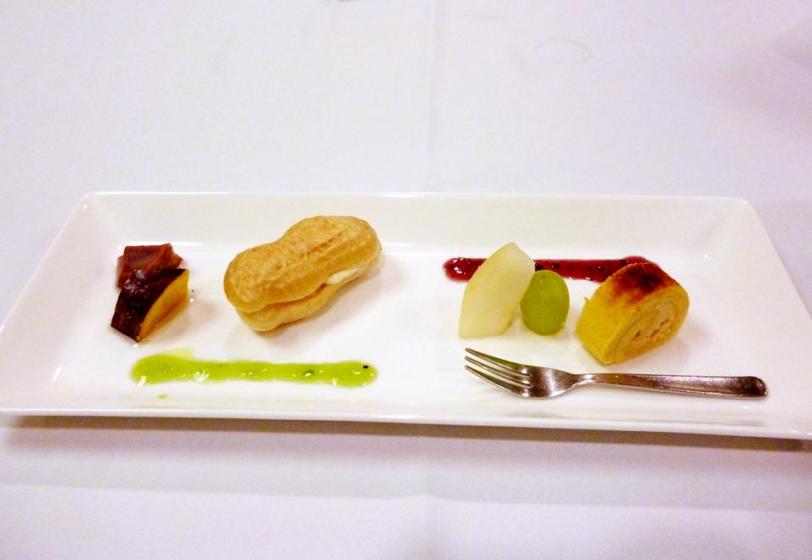 This is a full kaiseki and was very filling.

The next morning I went to view all room types available in Kamogawakan. The rooms are all big and spacious, and for Japanese style rooms you can fit several people in a room because you can lay several futans on the tatami floor.

Even the bathroom is so beautiful. 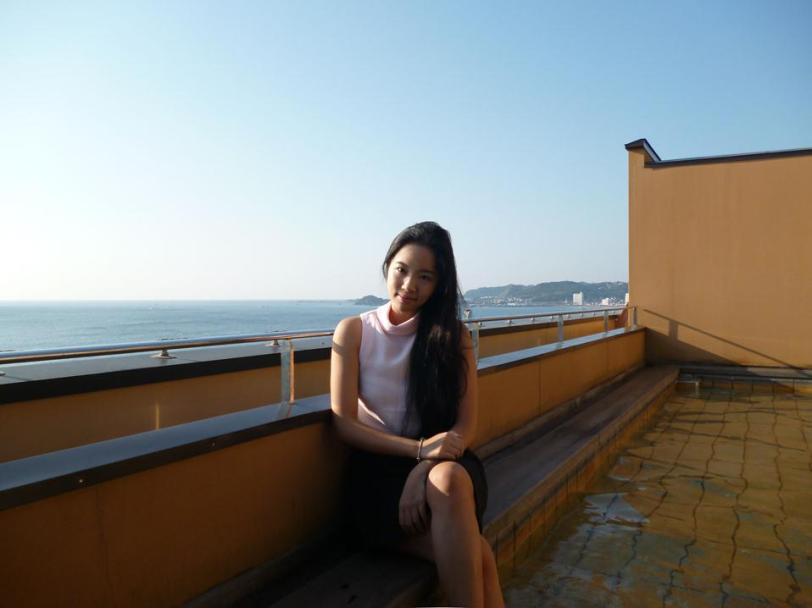 I checked out the foot spa on the top floor and it had a beautiful sea view. 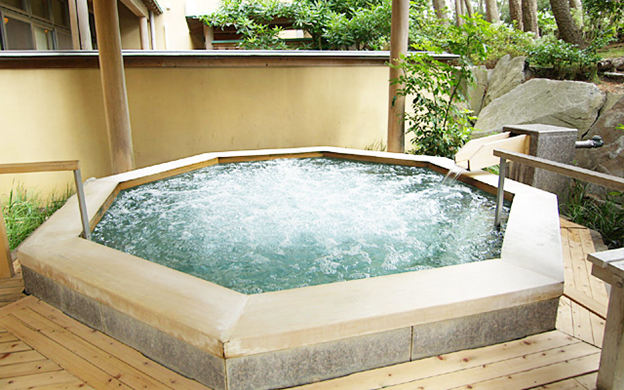 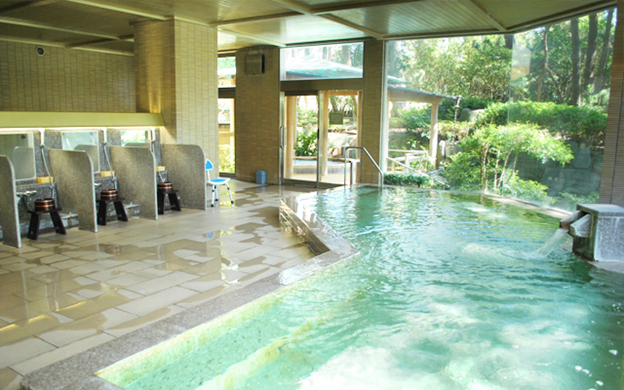 This is the men’s hot spring. 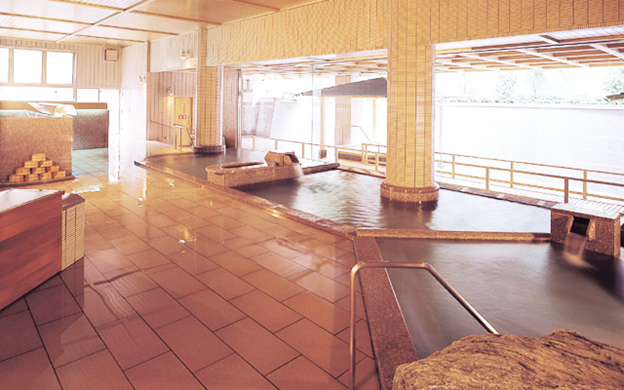 And this is for women.

The buffet breakfast spread was really good too!

I was so thrilled that they had ONSEN TAMAGO! I did not see this in any other buffet breakfasts throughout this trip. Onsen tamago is like sous vide egg, traditionally cooked in hot springs thus the name. The temperature of the water would be about 70⁰C.

I really enjoyed my stay in Kamogawakan and wished I had more time here to enjoy the beauty of the ryokan and the seaside.

Reservations for this place can be made online and you can pay at the ryokan.

One thought on “Chiba Day 2”