I remembered having Shake Shack during my 2012 trip when it was conveniently opposite my hotel at Time Square area. The outlet I went to was at the Theater District and while there was a crowd, the wait wasn’t too long and there weren’t long lines. On the other hand, I noticed that Madison Square Park’s outlet was swamped with people and the queue was super long. I didn’t think too much about it.

I was on my way to Pure Yoga East for a class with the famous Laura Sykora and there happened to be a Shake Shack outlet.

Now in 2012 I didn’t find the burger to be very fantastic. It was good but definitely not very good. 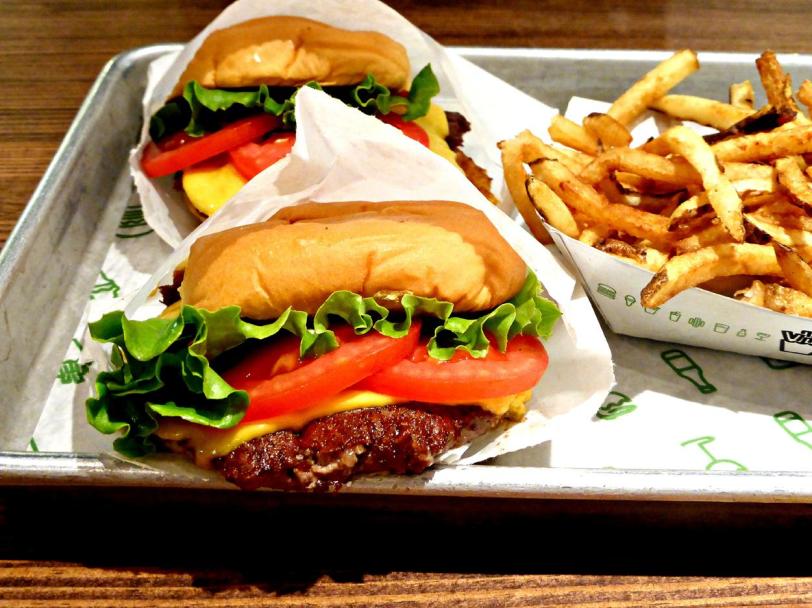 However, this time round at Upper East Side, it was a lot better. The patty was juicier, oilier and everything was more flavourful (this translate to it being more sinful but what’s sinful is always nice). The fries were probably fried multiple times in very hot oil to give that light and crispy effect and it was addictive. 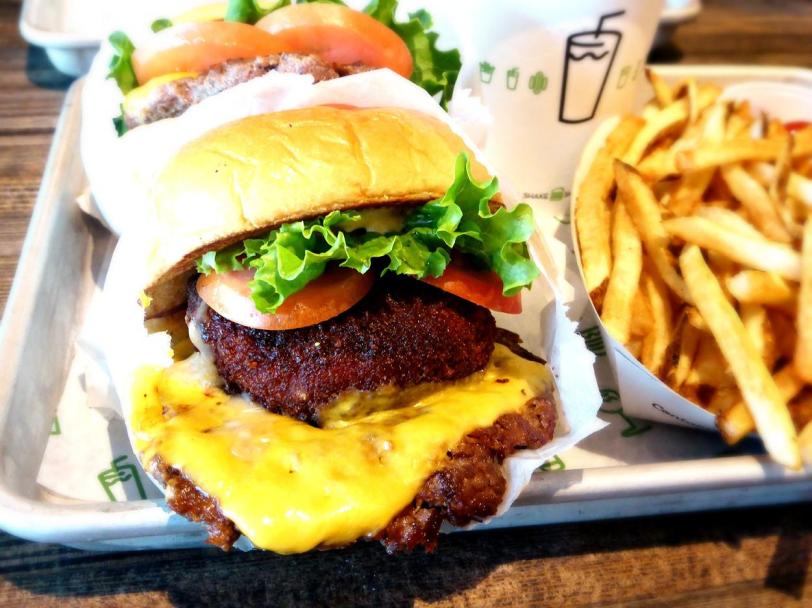 I had it again at another outlet in Philadelphia, trying the Shack Stack which is like the normal burger with additional mushroom patty just because I want to have everything. This time, it seemed less fantastic and the fries were either not double fried or the oil wasn’t hot enough. It was tough instead of brittle and wasn’t very hot.

So based on all the inconsistency, the standard probably varies between outlets and perhaps Madison Square Park’s Shake Shack is really different.