I will always remember Imperial Treasure Steamboat as the steamboat experience that changed my perception of steamboat. I used to hate steamboat so fiercely that everyone who knew me enough was shocked when I said I was craving steamboat one fine day. That was months after my experience at Imperial Treasure and after time I acquired the love. In between I’ve had terrible ones which reminded me why I hated steamboat in the first place. I am convinced that steamboat cannot be treated lightly and you must only eat the best to really enjoy the experience.

Cooking in the hotpot is not very forgiving for unfresh meat/seafood because the taste of what you’re eating is essentially dependent on the ingredient itself. There isn’t garlic or oil to mask any unpleasant taste since.

I’m sure I’ve mentioned this countless times but this is so important.

Soups are double charged if you want 2 flavours but it’s always good to have variety so why not. The must try in my opinion is the Sichuan Spicy Soup. The other flavour here is ginseng chicken. A non oily soup is useful if you want to cook vegetables because vegetables would soak up oil. 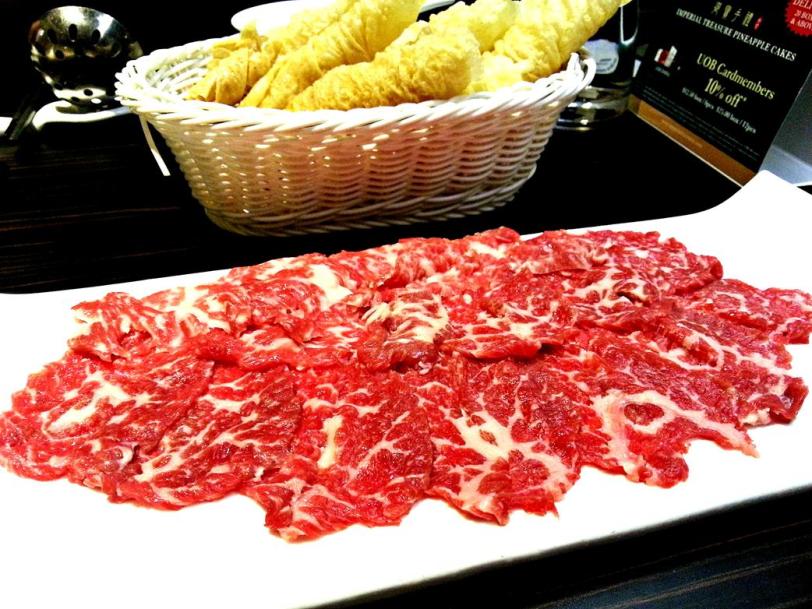 The US marbled shortribs are a must. Basically the ingredients ordered were pretty standard – Kurobuta Pork Belly, mushrooms, Hokkaido Scallop, Fresh prawns, dumpling platter, cuttlefish, cuttlefish paste, fresh fish, chinese cabbage and beancurd skin. This may not sound useful but I liked everything we ordered. I noticed that there was no set menu given so everything was ordered ala carte.

The prawns were very fresh!

After finishing almost everything, there was still space for more. Decided to get the lobster which was recommended by the staff from the beginning. It’s $13/100g so this cost $156. It was alive and kicking when presented to us. 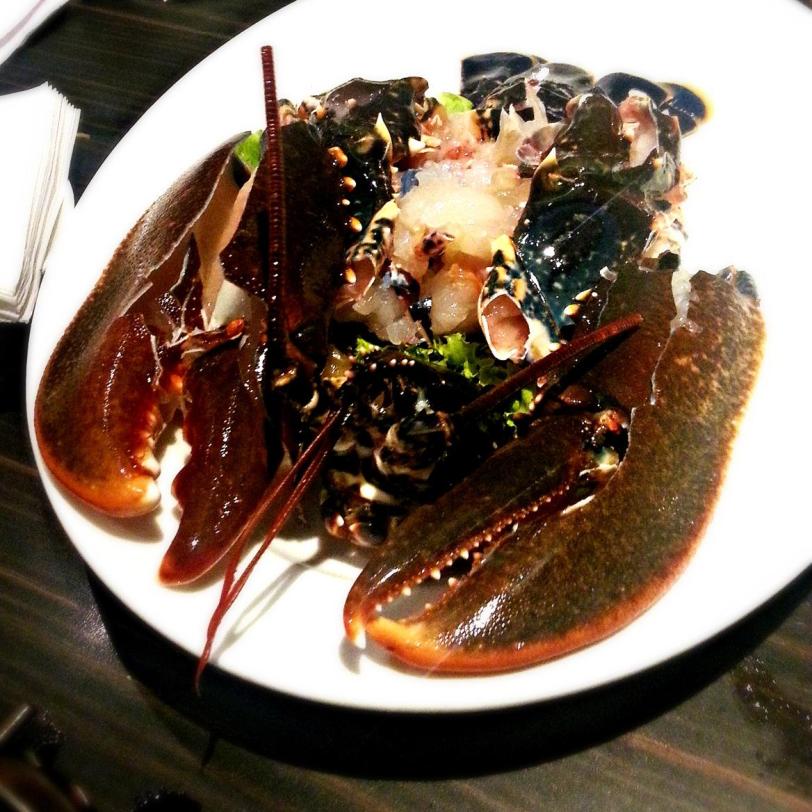 They helped us to chop the lobster up before cooking. The lobster was meaty and as expected, very fresh. Lobster lovers should try this!

Overall the experience here was nothing short of good and it did not disappoint once again. Still one of my favourite places for steamboat.

For my previous reviews: https://hungryinsingapore.wordpress.com/2013/03/09/imperial-treasure-steamboat-tripleone-somerset-dinner/