I’ve tried various restaurants under the Imperial Treasure chain and so far most of them are good, especially the Steamboat, Teochew Cuisine and Super Peking Duck restaurant. The budget ones like Noodle & Congee House and Nan Bei wasn’t that good but still very decent considering the lower prices. Generally I like this chain many times better than the other well-known chain of Chinese restaurants which is a household brand in Singapore (but has way below average food). Today I tried an outlet and concept of Imperial Treasure that I’ve never been to, Imperial Treasure Cantonese Cuisine, at Great World City. They have another of restaurant of this concept at Crowne Plaza Hotel in Changi Airport.

The roast meat was one of the better ones around with the skin crackling, meat tender and doesn’t have any pungent pork taste. The roast duck was not bad too.

I always loved fried calamari and this Chinese version was good. The batter was very crispy and it’s a good sharing appetizer to munch on.

This one was well fried and the skin thinly crispy. The tofu itself is rather tasteless though, which is expected because that’s how tofu is. 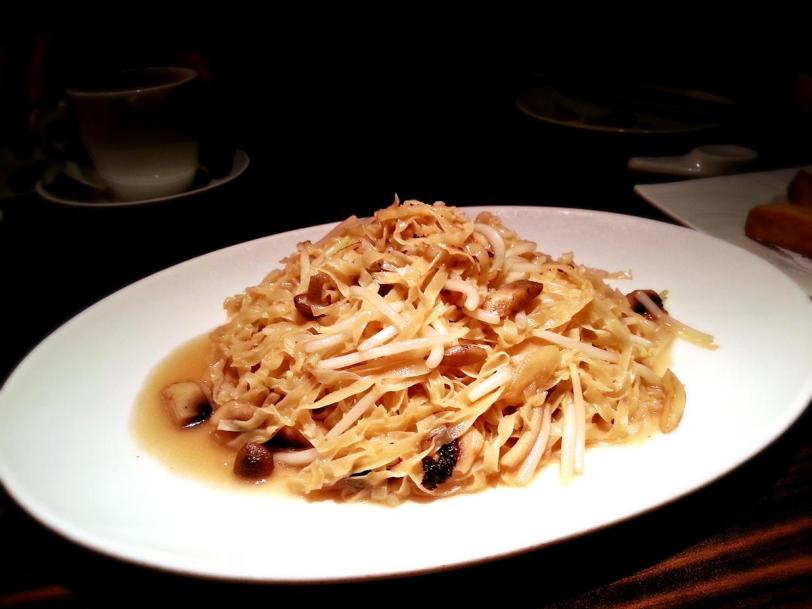 I was pleasantly surprised at how well it worked out and it could be the best meepok around. Sorry to people who advocate hawker food but this is really better. The meepok used here was thinner and more springy than the usual meepok which can get thick (not broad) and soggy. The truffle oil was very aromatic and I can still taste it in my mouth even after a few hours (and after having some unsatisfactory chocolate churros) later. I would love to have this again someday!