Tokyo is not just about Edo-mae sushi, even though it is true that the best Edo-mae sushi restaurants are abundantly found there. Being a metropolitan city, you can almost find any sort of cuisine in Tokyo.

According to Asia’s top 50 list, the best restaurant in Japan is not a sushi restaurant, but is Narisawa – a restaurant which uses ingredients sourced from all over Japan, prepared with strong French influence. They call their food “Innovative Satoyama Cuisine”. It certainly sounds like the sort of food I’m interested in – the locavore way of using local ingredients and preparing something creative. I always felt that the home country would keep the best ingredients while the second rated ones will get imported out. You also won’t find locavore concept in Singapore because almost all our ingredients are imported due to lack of local farming, so I’ll only get to experience this while travelling.

“Bread of the Forest 2010” Yuzu and Chestnut

This is a signature item from Narisawa. This is actually dough proofing right in front of us and will later be baked (also on our table) into bread. 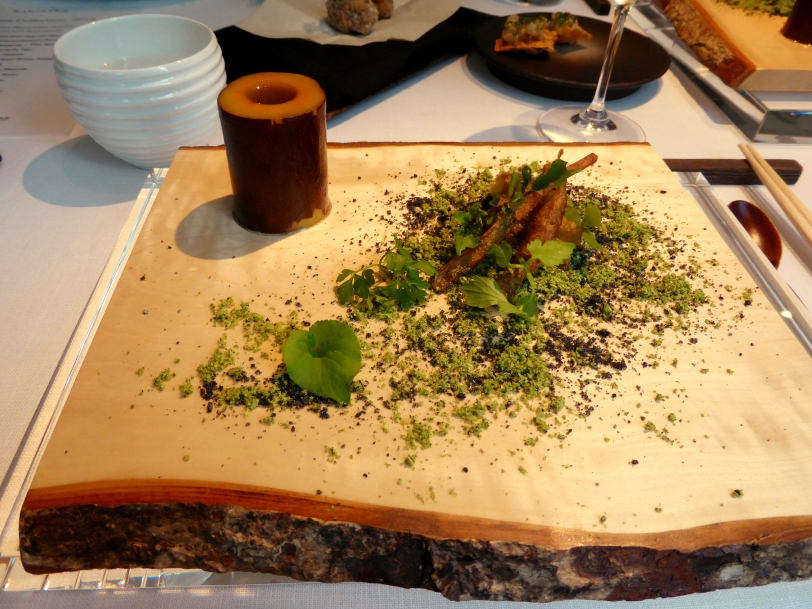 Essence of the Forest and Satoyama Scenery

Obtained from Shirakami Sanchi, a UNESCO heritage rainforest in Aomori Prefecture of Tohoku. I wouldn’t say forest essence is the best thing ever like I’ll want to have it everyday but it’s interesting to try once.

Texture was so good. 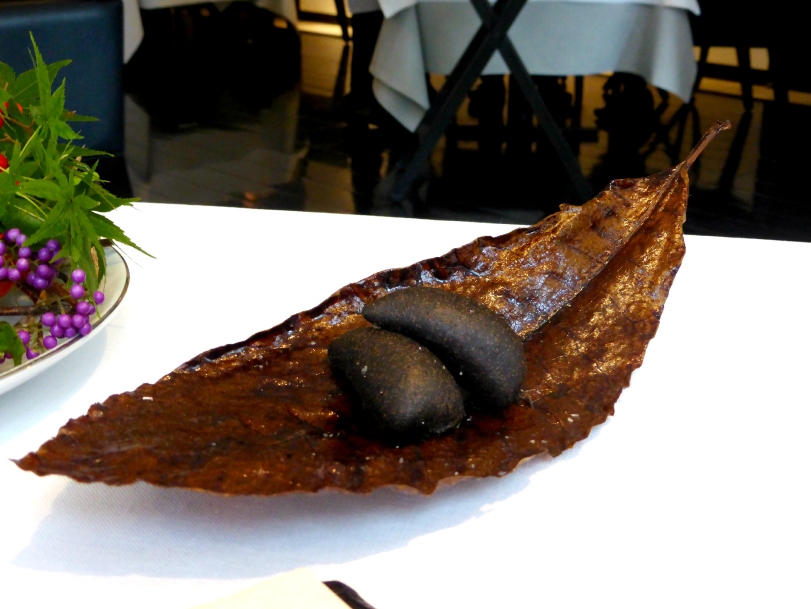 Sumi which means charcoal is an important part of Narisawa’s cuisine. It’s onion inside.

When proofing is completed, the dough was transferred into this hot stone crucible for baking. 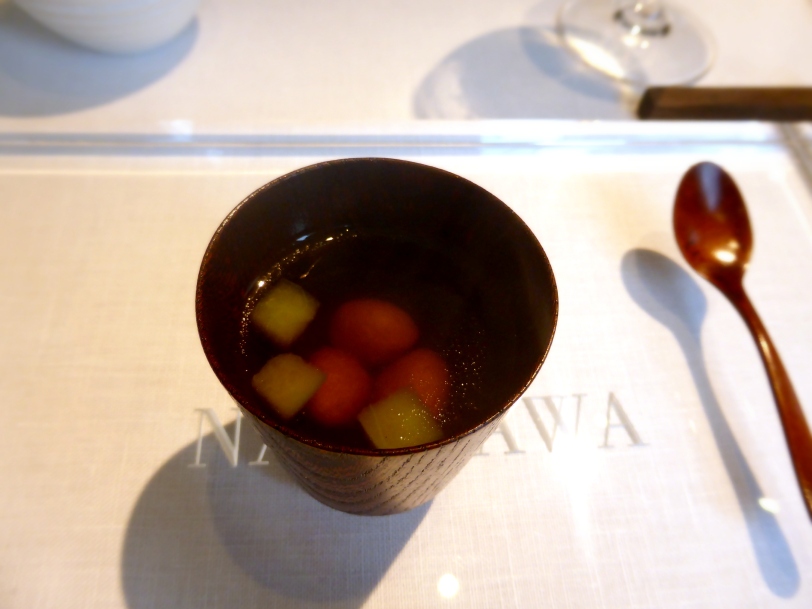 This looked really pretty. Glad it tasted as good as it looked. I loved the botan shrimp.

The finish bread was served with their special butter.

It looks like a block of moss until it was cut up. 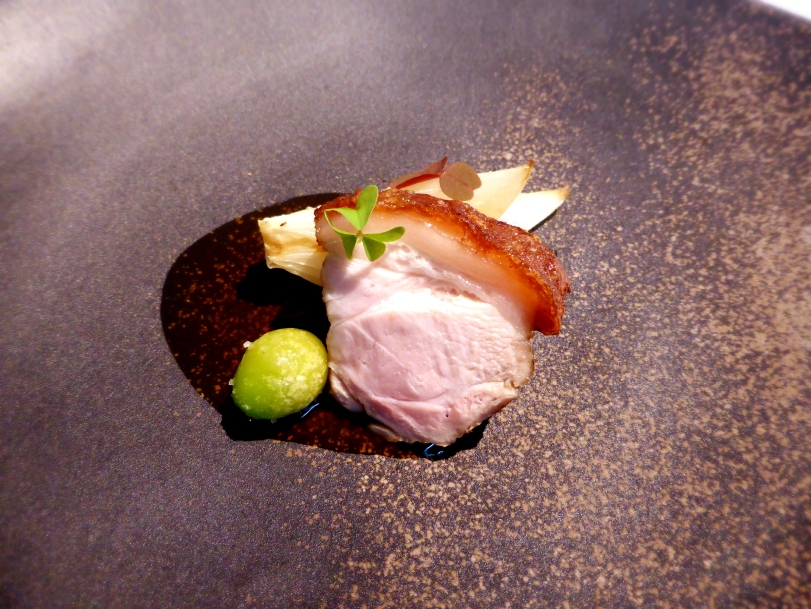 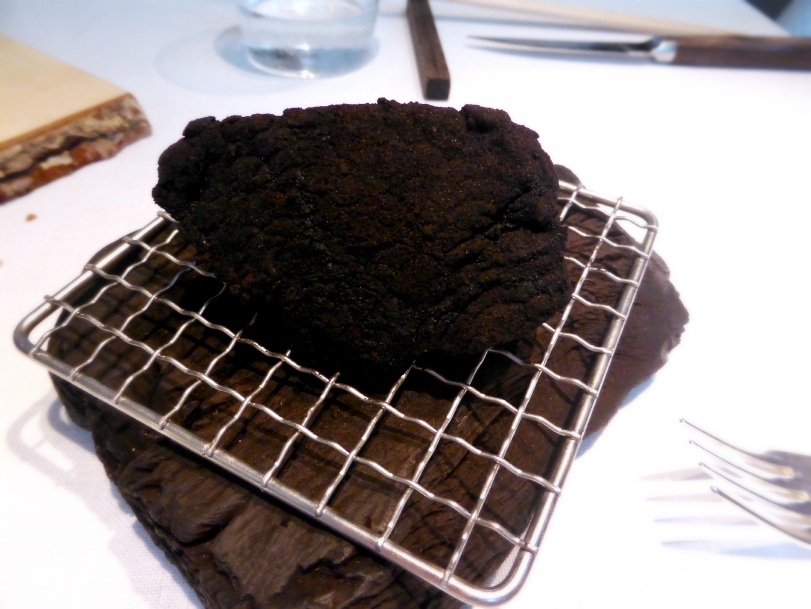 Sumi once again, this time for the main course.

I really liked the food here but it was a bit too heavy for lunch. I can only imagine how stuffed I would be if I had gotten wine pairing. The food isn’t just feast for the eyes but tasted as good as the presentation. The locavore concept made it even better and unique to Japan.

Besides Asia’s top 50 list, it is also rated #1 on TripAdvisor’s Traveler’s Choice 2015 for Asia and is awarded with 2 stars for the Tokyo/ Yokohama version of the Michelin guide. Reservations can be made online and that’s great news because most famous restaurants in Tokyo are notoriously difficult to reserve for foreigners even if you call in.