I had one of the best meals ever at Hajime food wise but the strange thing about this place is that they forbid photos of food. I wasn’t sneaky enough to take photos of everything but some highly skilled people managed to and you can find many pictures here. Upon being informed I can’t take pictures, I thought I would just not blog about this at all. However, it was too good a meal not to be shared. Therefore, I shall post with my sneakily taken pictures (pardon the bad quality. I normally use a camera and take multiple shots of the same thing to get the results I want but for this post, most pictures are from a phone’s camera and taken hastily. I have searched for pictures from Instagram just for illustration purposes and linked them here (not stealing any credit) because I do need pictures to remember how good it was.

The restaurant’s stand is that people should taste the food as soon as possible and photos would cause delay. It sounds like a legit reason but for certain dishes not even served piping hot, I see no impact. A few seconds of snapping wouldn’t affect the food that much would it? They allow photos of people so that’s kind of double standard to me. The restaurant was not big and I was the first diner. They have staff (not just one, but at least 2 or 3) stationed at the side, overlooking the diners. To me it felt like they were placed there to ensure no one is taking photos. I didn’t like the feeling of being eyed like a hawk and this sort of discounted the good dining experience. The atmosphere was tensed and I felt like I was under scrutiny for my every move. They had a private room and likewise, a staff or two was stationed within the room. It sure isn’t very private anymore isn’t it?

Anyway, talented people (for this case, Chef Hajime) are known to have their own quirks. Customers’ feelings don’t really come first in the best restaurants anyway. Since the food was really one of the best, I would still recommend this place even though the tense dining atmosphere wasn’t that ideal.

They have 2 menus – the standard (¥32400+) and a short menu (¥21600+). I went for the standard because I wanted to taste the best they have. I would think my appetite is more than average but I was beyond stuffed by the end of the meal, and that’s without wine. For those who want to have wine or simple have a smaller capacity, the short would do just fine.

The wood was attached to the glass, and an autumn leaf placed on top (non-edible).

This is the official photo from Hajime. 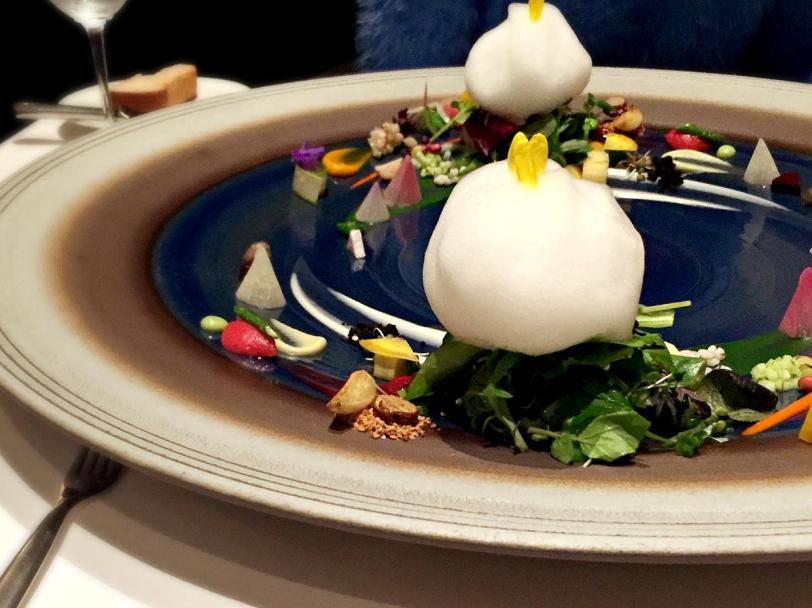 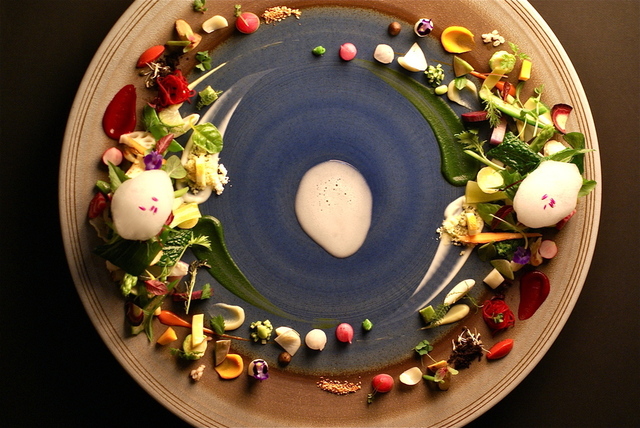 The second is the official photo, since my photo taken in haste cut half the dish away. This dish is Hajime’s signature. Indeed a lot of effort is put in to put everything together and the ingredient list is so long with about a hundred ingredients, I decided not to type everything out. However, it did get a bit overwhelming and I couldn’t really taste what I was having. It may help if I had a visual guide (a photo would be good, if only I was allowed to take one in the open) to remember what went into my mouth. I tend to only register unique info after tasting it for real so I need a visual to refer back, to give a name/ image to the taste I just experience. Telling me what it is before eating won’t help – I won’t remember! If only the restaurant understood… 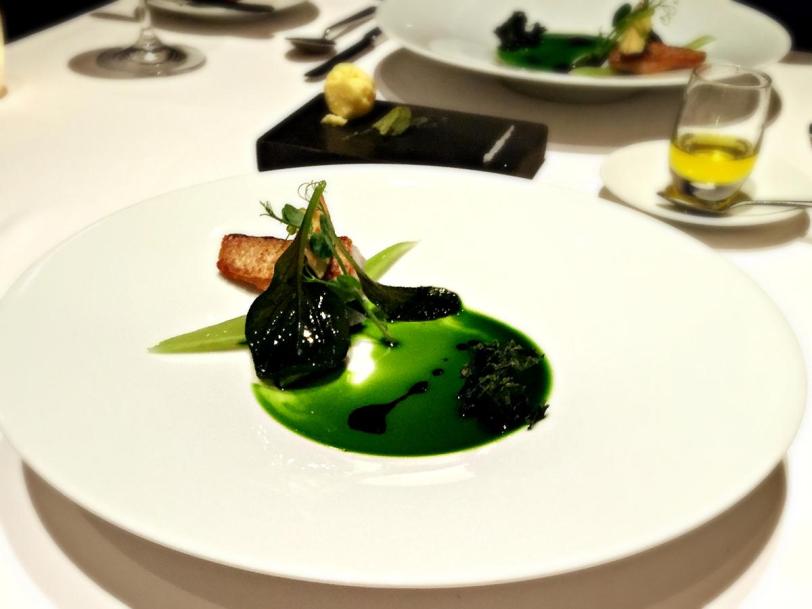 Again, a very good dish. Second time having nodoguro this trip and I reckon it’s in season.

This was so good. I can’t tell you which are my favourites because no course has failed me so far, except maybe chikyu which overwhelmed me. The shrimp was so good and so was the mantis shrimp.

I would love this even if I didn’t love foie gras. So good.

As good as it looks. I know my description is getting repetitive but it’s really the case. I got kind of full by this point so I was actually stuffing my stomach beyond 90% by eating this. Still, I finished everything.

Not a fan of fruity desserts but berries are always an exception. Warm sauce was poured into the sphere to melt it. By the way, this was delicious.

And a surprise third dessert, off the menu. Everyone will get this I suppose? 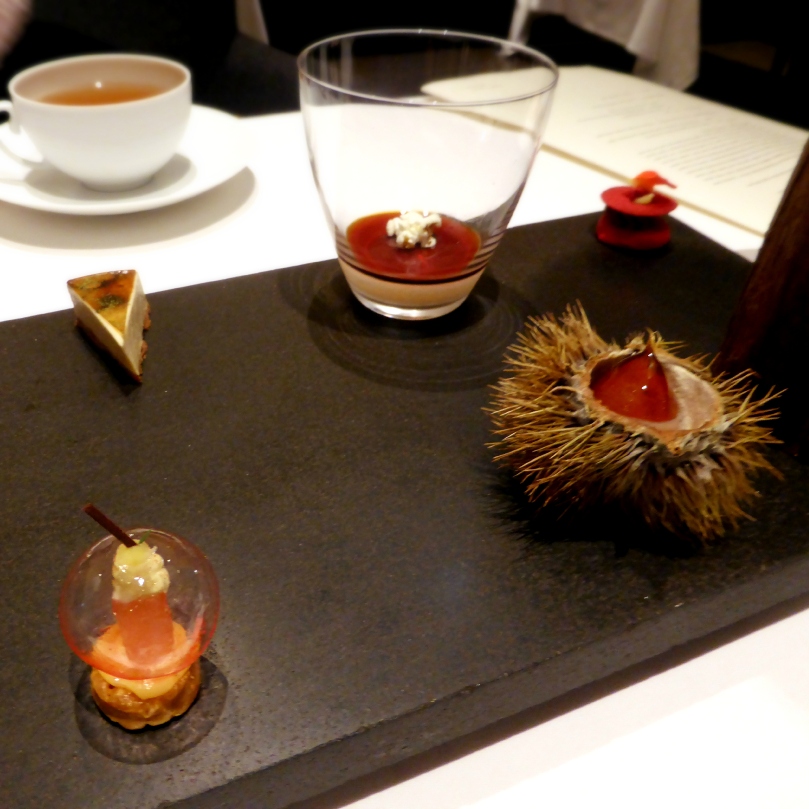 The meal was a really good one. However, I don’t think the menu changes much so a revisit would mean having the some items on repeat, like planet earth for instance. I don’t think it’ll be changed.