I had a trip to the West Coast of USA in January 2017. While non-stop flights to San Francisco are already available via Singapore Airlines and United, I decided to choose a 1 stop flight this time because I wanted to fly ANA. Booking on ANA actually allows me to select United flights too and I could book the non-stop flight for one way but maybe next time, when the in-flight service for this long haul route is more seasoned. 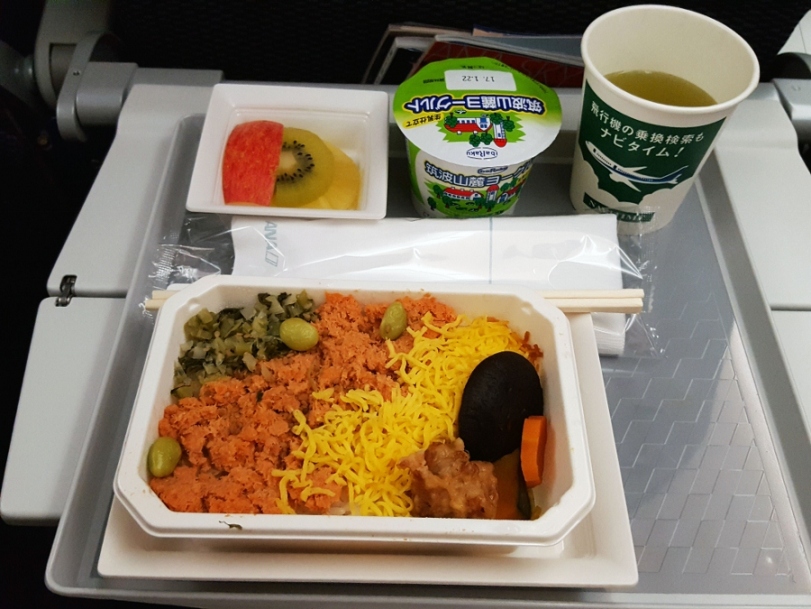 Beautiful Japanese breakfast served on board. I love plane food on Japan flights.

With ANA, you can stop over at Narita or Haneda if your transit time allows, so this was a great chance since I didn’t get to go to Japan at all in 2016! I carefully selected my flights to be at Narita with a layover of around 8 hours, taking the red eye flight from Singapore. Some may find this a waste of time, but look at it this way – flights from Narita to USA takes off around late evening. If I were to minimize my transit time and arrive in Japan in the afternoon, I would have to take the 6:30am flight from Singapore – which means checking in at Changi at 4am -I wouldn’t get a good night’s sleep either. So having an overnight flight, arriving in Japan and relaxing sounds like a better idea.

For any kind of layovers, I suggest that you research in advance the things you want to do. Because you have limited time, being impromptu is not a good idea. There’s no time to make mistakes. Some if your impromptu ideas may not fit in the time you have; or perhaps it only came to your mind a few hours later and now there’s no time left and you regret. Just plan ahead. You will not regret.

Thanks to a previous blog trip I went for in 2013, I had an idea of what to do in Narita during transit. But this time, I made it a point to plan an onsen visit. I mean, it’s winter, and after an overnight flight, onsen sounds like a good idea.

I was sold after looking at pictures of  大和の湯 Yamatonoyu online. It was exactly the kind of onsen experience I was looking for – quiet, big area, secluded location. They have an in-house restaurant and massage services too.

To get here, I took the train from Narita airport to JR Narita station, and transited to the JR Narita line to JR Shimosa-Manzaki Station. From the station, it was a 1.4km walk. The weather was pleasant (not too cold) with mild morning sun, so the walk was a very doable one. I had GPS with me so no worried about getting lost in the wilderness. Oh by the way, I had my Pasmo card with me from my previous Tokyo trip and it works in this region too. 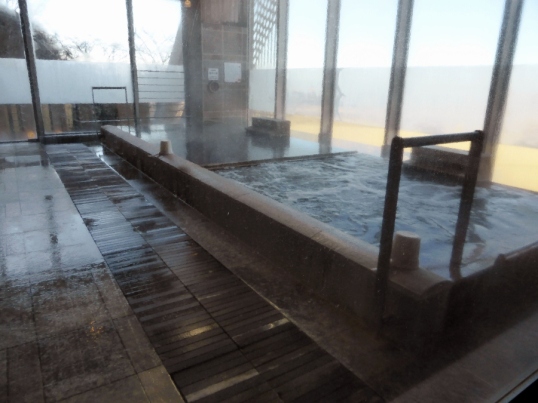 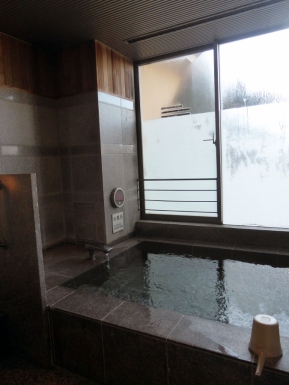 I was the first female customer to arrive, so I had chance to take a few snaps. I didn’t manage to take a picture of the outdoor onsen though – that was the one I liked most. It costs ¥800 (S$9.90) per entry and you can stay all day long.‎ Most of the other customers in this building seems to be retirees. #retirementgoals.

As mentioned, they have an in-house restaurant, and perhaps it was due to the cold weather but I felt hungry enough to have a meal even though I’ve eaten breakfast on the flight.

There are English versions for the regular menus in case you are wondering, but the daily specials are only written in Japanese and these were just ¥980 (S$12.15).

One is a chirashi don set and the other being swordfish fry set. Both sets comes with salad, miso soup and tea – only $12.15 each! Get it even if you’re not hungry, it’s just $12.15! The default tea with the meal was houjicha.

I was in a relaxing mood and that calls for dessert. Ice cream in the morning is my kind of thing. I’ve never had ice cream with warabi mochi before. For dessert, they swapped our tea to sencha. 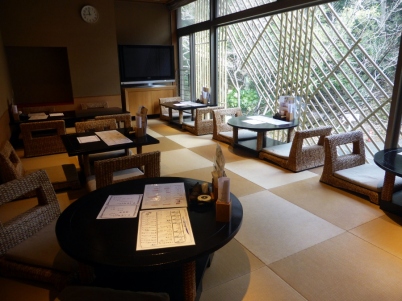 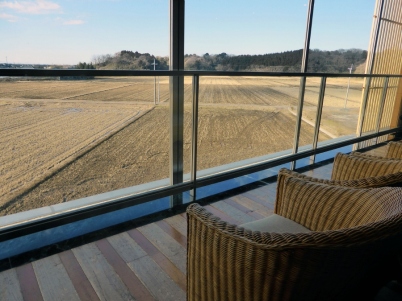 I tried to book a massage but no slots were available, to my dismay. I should have actually booked my slot first thing when I arrived but I forgot. They don’t allow booking by calling or email, only on the day itself. So we just hung around the lounge because lazy to move, and the view was relaxing. In the morning, Mount Fuji is visible in full glory! But towards midday, the skies got fogged up and the elusive mountain disappeared from view.

So after we stopped being lazy and walked back to the station, the next destination was to Narita town. This place I’ve been to before in my 2013 trip, but it’s nice to revisit. It is accessible from JR Narita by foot. My perception of unagi changed ever since I tried it in Narita back then, so this time I decided to try a more famous shop – Kawatoyo, which is just next to Kikuya (which I tried in 2013). This shop was so popular, the queue looked insane. They issued queue numbers so I just walked around first.

No matter what season, it’s always good time for ice cream. I am not a fan of milk flavour soft cream but Japanese ones are different.

The wait at 川豊本店 Kawatoyo wasn’t as long as I thought. I was back in 20 minutes and they arranged for us to go in. They have 2 levels of seating and they stuffed everyone in, sharing tables. There’s no dining ambiance to speak of, if you’re particular about these things. The feeling reminds me of a popular unagi place Obana 尾花 in Tokyo, just that this one is messier.

The unagi was good! But I didn’t think it was better than Kikuya next door? Perhaps just slightly cheaper. On hindsight, I wish I got the full size unagi-jyu instead of this 2/3 size (¥2500). It looks as if my food was half eaten before it got to me. The experience of squeezing and queuing was all part of it I guess. In Japan these old and famous places gets insane queues and it’s remarkable how they manage it systematically. Anyway, I reckon this place gets crowds just because it is old and famous. There are actually a lot of unagi shops along this stretch. The full size premium unagi-jyu at Kawatoyo costs ¥3100.

If I were to layover in Narita again and don’t have time to waste, I would definitely choose Kikuya instead for a overall more peaceful and private dining experience even though it would cost ¥3800 for the same thing now.

P.S. For reference, Obana in Tokyo was ¥4300 for a full sized premium unagi-jyu, the queue is longer and it is does NOT taste better than Kikuya or Kawatoyo. Unagi is Narita is a MUST TRY!

Dinner back on board en route to Seattle on the 787. The Japanese option was a no brainier for me. I still wonder how they kept the egg runny when all meals are reheated at a standard temperature! I love the somen too.